At its developer conference Wednesday, Oculus showed off a pair of prototype designs for its next high-end headsets.

Two years ago, Oculus showed off its Half Dome prototype, which utilized a technology called varifocal lenses to allow users to adjust where the points of focus were in an image; this is technology similar to what Magic Leap uses on its headset, but is designed to allow for a much greater range of focal planes.

“Half Dome 2” is optimized for weight and size significantly shrinking down the form factor of the previous prototype while reducing the weight by 200 grams. The device is also shrinking the 140-degree field-of-view of the first design, though the company says the headset will still boast a FoV that’s 20% wider than the Rift.

The headset still utilizes a system that mechanically moves the lenses inside the headset to adjust the focus, but Oculus is also looking further down the line. 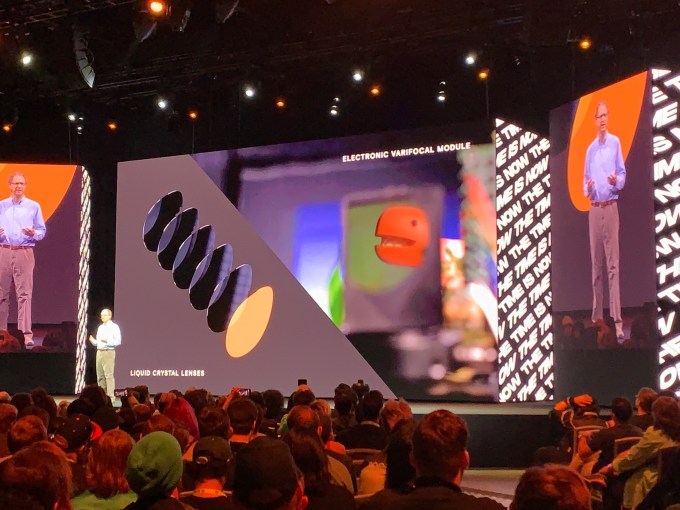 “Half Dome 3” integrated the technology of its previous designs with an electronic varifocal module that has no moving parts and integrates a number of stacked lenses that can be turned on and off to let users move through various planes of focus (the company detailed the headset could switch between 64 planes of focus with this setup). This will enable users to view items in focus at closer distances and will let headsets function more like human eyes.

There weren’t any timelines thrown around for either prototype being productized, but Oculus is clearly investing in the high-end still inside Facebook Reality Labs.