At its hardware event in Seattle, Amazon today announced that it is launching a new Neural Text to Speech model for its Alexa personal assistant. This new model, which isn’t unlike what some of Amazon’s competitors like Google and Microsoft have launched in the past, uses the latest machine learning techniques to allow the company to build this new model, which is meant to be more “emotive and expressive.”

In addition, the company today announced that your Echo can soon sound like Samuel L. Jackson. Using the same technology (instead of pre-recorded phrases), Alexa can now mimic celebrity voices, with Jackson’s being the first. That Samuel L. Jackson mode also comes in an explicit version. 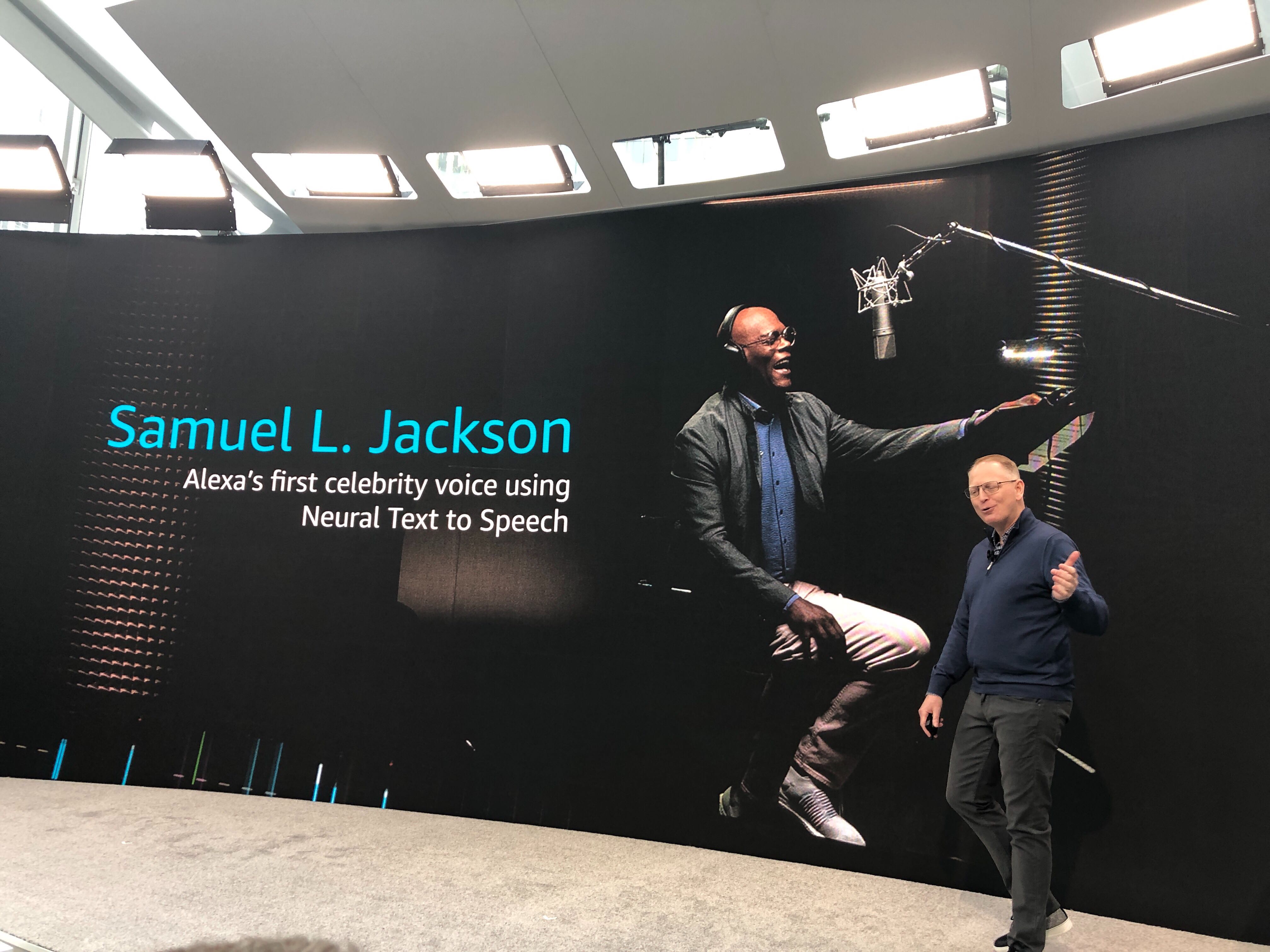 Additional voices will roll out next year, but they won’t be available for free. Instead, they’ll cost $0.99 each (at least at first). It’s a fun gimmick, I guess, but it’s really not much more than that, and harkens back to the days of standalone GPS units that often had a similar feature.

“The pace of innovation is incredible and what we can do with machine learning really never ceases to amaze me,” Amazon’s Dave Limp said in today’s keynote. “This same neural network technology, though, gives us a lot more flexibility now in and around what we can do with the Alexa voice.”