Mozilla today announced that it is bringing back the Firefox Test Pilot program to allow users to try out new features before they are ready for mainstream usage. While the name is familiar, though, the overall goals of the new program are a bit different from the last iteration and the focus is less on crazy experiments and more on beta testing products that are almost ready for public consumption.

The first new project in the Test Pilot program is the beta of the Firefox Private Network VPN service, which is now available for Firefox desktop users in the U.S.

The Firefox Test Pilot program has gone through its share of iterations. First launched three years ago, it quickly became the incubation ground for a number of new features. In January of this year, though, the organization decided to shut it down.

Why bring it back now? Clearly, Mozilla was getting valuable feedback from the Test Pilot users, who were surely among the most dedicated Firefox fans.

The organization says that it wanted to take time to evolve the program and this new version is indeed somewhat different. “The difference with the newly relaunched Test Pilot program is that these products and services may be outside the Firefox browser, and we will be far more polished, and just one step shy of general public release,” the team explains.

The new Test Pilot program then is less about giving users the opportunity to test some of the Firefox team’s more eccentric ideas and more like a traditional public beta test program. 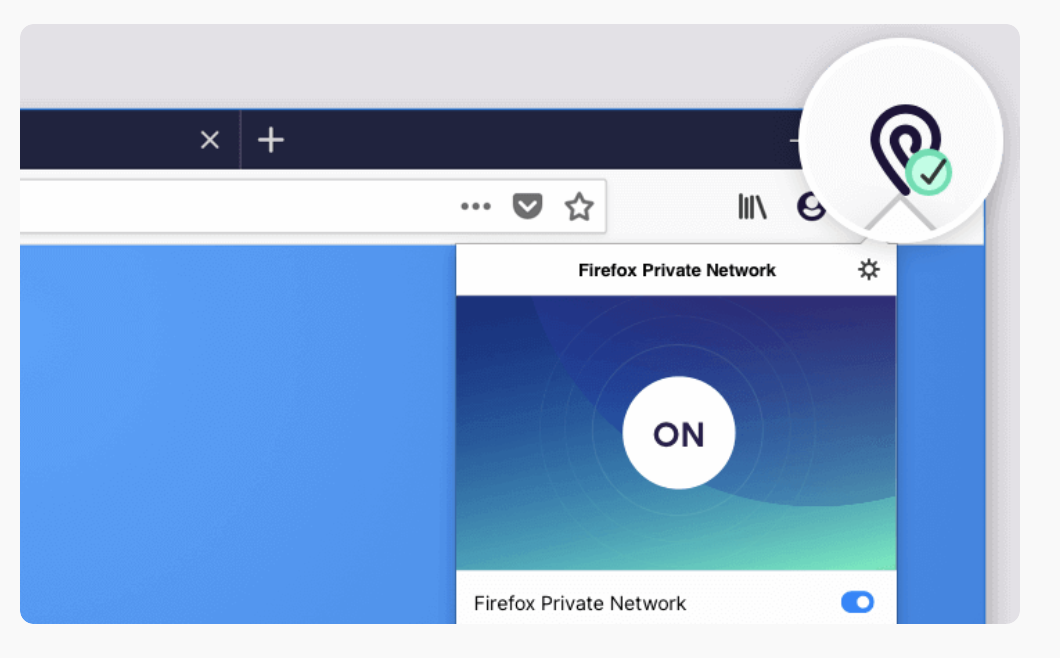 The new VPN project, the team writes, is a good example of this approach. It’s a Test Pilot project because the team wants to fine-tune it a bit more before its public release.

The Firefox Private Network isn’t so much about trying to circumvent geo-restrictions and instead mostly focuses on giving users access to a private network when they are on public Wi-Fi and helping them hide their locations from website and ad trackers (and indeed, a lot of the new Test Pilot projects will focus on privacy). That’s probably why Mozilla doesn’t refer to it as a VPN either, though that’s obviously what it is.

“One of the key learnings from recent events is that there is growing demand for privacy features,” Mozilla’s Marissa Wood writes today. “The Firefox Private Network is an extension which provides a secure, encrypted path to the web to protect your connection and your personal information anywhere and everywhere you use your Firefox browser.”

Mozilla is partnering with Cloudflare for this launch and Cloudflare is providing the proxy server for it. It’s available as a Firefox extension, but only in the U.S. and for Firefox desktop users. For now, it’s available for free, though there have been some hints that Mozilla will at some point start charging for the service. Because it’s not a full VPN service, it remains to be seen how much the organization will be able to charge for it. Last year, Mozilla partnered with ProtonVPN and offered that service for $10 per month.

It’s worth noting that Opera, too, includes a free built-in VPN service, which includes the ability to set your location to either the Americas, Europe or Asia.

If you want to give the new service a try, you only need a Firefox account; sign up here.