Kid-friendly YouTube content now has its own website, youtubekids.com. The website will offer a similar experience to the existing YouTube Kids mobile app, where parents will be able to direct their child to videos that are age-appropriate, as well as track their child’s watch history and flag content missed by YouTube’s filters. At launch, the site won’t offer a sign-in option, but that will roll out at a later date, the company says.

The website’s imminent launch was quietly disclosed earlier this week by YouTube, and comes ahead of the official announcement of an FTC settlement which is said to include a multimillion-dollar penalty against the Google-owned video platform for its violations of U.S. children’s privacy laws, COPPA.

The FTC ruling, when announced, will not be without precedent.

The regulator earlier this year hit Musical.ly (now TikTok) with a record $5.7 million fine and forced it to implement an age-gate on its app.

The FTC’s YouTube ruling will likely also require the same sort of age-gate, designed to redirect children under the age of 13 to a kid-safe, COPPA-compliant YouTube website where children’s personal information isn’t collected without parental consent.

The new website is only one of several changes YouTube has made in recent days, ahead of the FTC announcement.

The company also this week introduced new age groupings on YouTube Kids to now include a “Preschool” filter for those age 4 and younger, in addition to a “Younger” group for ages 5 to 7, and an “Older” group for kids over 7. 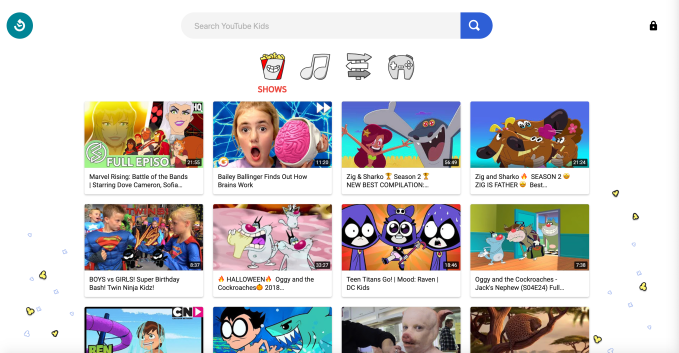 And last week, the company expanded its child safety policies to remove — instead of only restrict, as it did before — any “misleading family content, including videos that target younger minors and their families, those that contain sexual themes, violence, obscene, or other mature themes not suitable for younger audiences.”

YouTube had come under fire in 2017 for hosting a number of bizarre and disturbing videos that were using keywords and the YouTube algorithms to target children.

For example, videos of popular kids’ cartoon characters like Peppa Pig drinking bleach or getting her teeth violently yanked were showing up when children sought out Peppa Pig videos. These sorts of issues had been going on for years, in fact, but YouTube only addressed the situation by age-restricting the videos after receiving high-profile press coverage. It also cut off monetization to some videos.

But the bigger problem with YouTube, as consumer advocacy groups have argued, isn’t just that YouTube can be inappropriate for kids — it’s actually breaking the law. 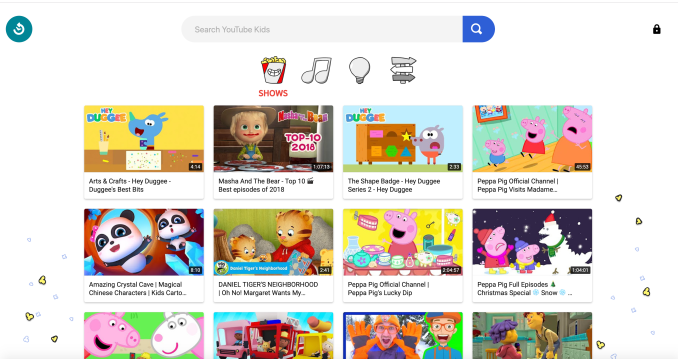 Organizations like the Campaign for a Commercial-Free Childhood (CCFC) and the Center for Digital Democracy (CDD) had asked the FTC to investigate YouTube, claiming that the company has been collecting personal information from nearly 25 million U.S. children for a number of years, and has been using this data to engage in “very sophisticated marketing techniques.”

The groups said YouTube hides behind its terms of service, which state its site is only meant for those 13 and up, while doing nothing from preventing younger users from gaining entry. (And clearly, younger users are on YouTube — after all, that’s why YouTube was able to spin out a subset of its content into its own YouTube Kids app in the first place.)

With the YouTube Kids website in place, now it’s only a matter of waiting for the FTC’s official ruling.

The Washington Post says the details of that ruling have been finalized, and noted a multimillion-dollar fine was included. A report from Politico today said the fine could be up to $200 million. And according to Bloomberg, YouTube will end targeted ads on videos aimed at kids.

It also remains to be seen whether the kid-safe content will actually be pulled from YouTube.com and placed on YouTube Kids alone, as the advocacy groups believe would be best.

It’s unclear why YouTube has taken to making these very big, impactful announcements on YouTube’s Help forums instead of on the official YouTube Blog, and without alerting the press, as it did with the children’s content policy change, pre-announcement of the Kids website, change to age filters and now the website’s launch news.

That said, it’s certainly focused on letting YouTube users know of its Kids product — a big pop-up banner now appears upon every launch of YouTube.com, which has frustrated users who don’t have children.

As for the new Kids website itself, there’s not much new to report. The content is organized as in the app, in categories like Shows, Music, Explore and Gaming. Parents can set a passcode of their own to keep kids out of the settings. However, it’s still missing some of the app’s more advanced features, like profiles, whitelisting and timers. Those will likely roll out over time.

“We built YouTube Kids to create a safer environment for kids to explore their interests and curiosity, while giving parents the tools to customize the experience for their kids. We continue to improve the app based on feedback from parents and experts,” says YouTube.