The company’s managed services sit on top of open-source tools like Kubernetes and OpenStack and focus on providing users with solutions that go beyond the basic infrastructure and help them throughout the life cycle of their applications. With the proliferation of cloud-native technologies, enterprises are now struggling with how to put them into production. With Fission, Platform9 even supports a new serverless framework that is still very much at the cutting edge. All of this comes with a considerable degree of complexity, though, if enterprises want to adopt and deploy these technologies themselves and, as Platform9 CEO and co-founder Sirish Raghuram notes in today’s announcement, they want to move fast and are looking for services to simplify these deployments. 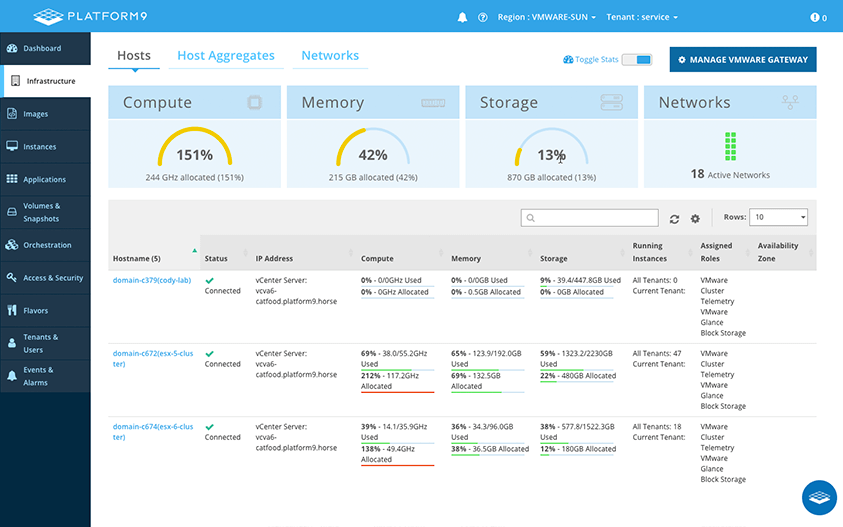 “Simplifying the operational burden of delivering cloud-native infrastructure at scale across any environment is a key consideration for organizations going through digital transformation,” he said. “They are looking to leverage open-source modern technologies on top of their existing infrastructure and multi-cloud deployments, without crumbling under the complexity of managing technologies such as Kubernetes, monitoring, service-mesh, and more.”

Platform9 says its revenue grew 130% in the last year and its bookings are up 156%. It’s also seeing new revenue retention of 124%. Like most companies in this position, Platform9 plans to use the new capital to expand its sales, product and marketing teams. It also plans to invest in developing its core Kubernetes product, including Managed Prometheus, Managed Istio, kubevirt and others, the company tells me.

The company remains committed to OpenStack, too. “For enterprises and service providers that have many VM workloads, OpenStack remains the only open platform for IaaS and our OpenStack business is on pace to grow over 100% this year,” Raghuram tells me. “In addition to supporting OpenStack, we’re also investing in supporting VM workloads with kubevirt, which offers less functionality but could be very attractive to enterprise customers who are already committed to cloud-native with Kubernetes. However, kubevirt isn’t yet ready for production and we are guiding customers requiring production support for VMs today to choose OpenStack.”