After his tenure as chief scientist at Baidu, Andrew Ng, the founder of the Google Brain project and former CEO of Coursera, set up a number of different projects that all focus on making AI more approachable. These include the education startup Deeplearning.ai, the AI Fund startup studio for building AI companies and Landing.ai, which helps enterprises (and especially manufacturing companies) use AI. Today, Ng announced he has opened a second office for these projects in Medellin, Colombia.

At first, Medellin may seem like an odd choice. But today’s Medellin is very different from the one you may have seen on Narcos (and a lot safer). It’s home to a number of universities and, over the course of the last few years, it’s a hub for Colombia’s startup scene thanks to incubators like Ruta N and others.

Ng told me that he chose Medellin after looking at a wide range of cities in Europe, Asia and Latin America. Medellin, he believes, offers a strong talent pool, educational system and business ecosystem. It also helps that the Colombia government has made tech a focus in recent years. 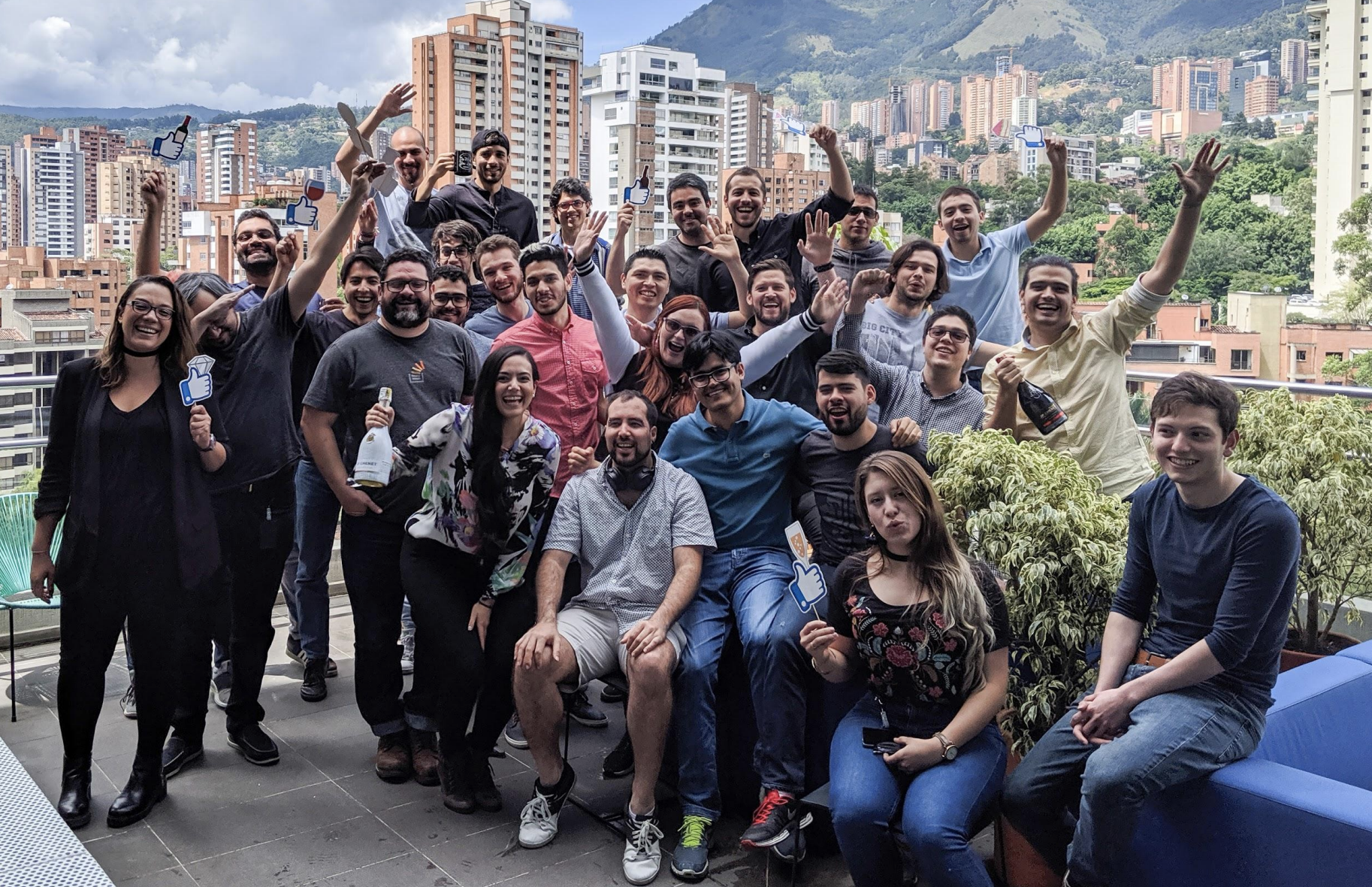 “I see early signs of momentum for Colombia being a talent magnet both regionally and globally,” he told me. Indeed, the company was able to hire team members from Poland, Bangladesh, Egypt and Chile for its offices in Medellin, which now has just under 50 people. Over the course of the next two years, Ng plans to expand this team to between 150 and 200 employees.

It’s important, Ng argues, that we set up AI hubs outside of Silicon Valley and China, in part, because they’ll provide a different perspective. “We are able to share our AI ecosystem and Silicon Valley know-how with Medellín,” he writes in today’s announcement. “We’re equally thrilled for our Silicon Valley team to be learning from the Medellín community. Local knowledge and innovation shared with a global community is what will catapult the technology forward.”

The teams in Medellin will work on all of Ng’s projects, including four unannounced stealth portfolio companies that are looking into using AI in sectors like healthcare, education and customer support. In total, the teams in Medellin are working on about a dozen projects right now. And that’s very much Ng’s approach to AI — and for Landing.ai in particular: build lots of specialized components for various verticals that can then be generalized. “AI isn’t some piece of SaaS software that everybody can just swipe their credit card and use,” he said.

Andrew Ng will also join us for our first TechCrunch Sessions: Enterprise event in San Francisco on September 5 to talk about Landing.ai and the future of AI in general. You can find more information about the event (and buy tickets) here.

Andrew Ng to talk about how AI will transform business at TC Sessions: Enterprise