It’s almost certainly no coincidence that Misfit’s new smartwatch bears more than a passing resemblance to the Fossil devices announced a week or two back. The one-time modular fitness startup has been part of the Fossil family since 2015, introducing its first full-on smartwatch two years later.

The lines have continued to blur between the brands, and the new Vapor X shares a number of superficial and internal characteristics with the new 8th-gen Fossil devices. That’s not bad from a product standpoint — like the Fossil branded product, the X brings both the new Snapdragon 3100 chip and the latest version of Wear OS.

The smartwatch category is growing, as Apple remains dominant

Google’s stagnant wearables offering might finally be picking up some steam on the back of its close working (and IP acquiring) relationship with Fossil. While Apple was off making its own smartwatch and OS and Samsung was essentially forking Tizen for its own needs, Google had largely been relying on third parties for hardware.

The three-button design also reflects Fossil’s efforts, though Misfit’s device is being positioned as the company’s “lightest and most comfortable.” Both are factors that are sadly often overlooked in wearable design. The 42mm case, meanwhile, is small and likely more accessible for more wrists. 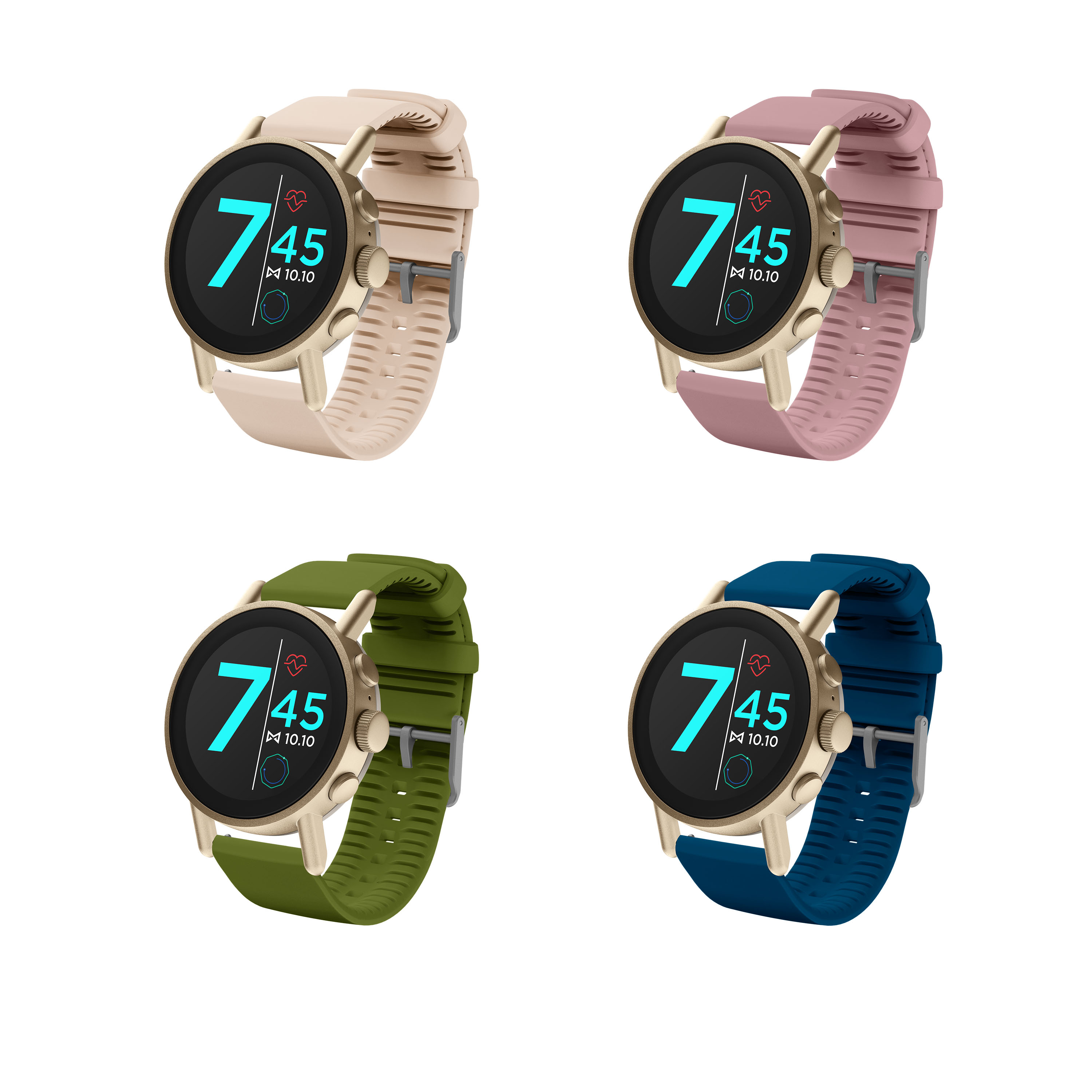 It seems Fossil is using the Misfit line to go after the audience Fitbit has had recent success with via its Versa devices. And indeed, the Misfit brand has traditionally had some success taking on more casual users looking for something relatively simple but still fashionable.

The Vapor does fall short on pricing. The “limited time introductory price” of $200 sounds great, but after that, the MSRP bumps back up to $279. That’s $20 less than the Fossil, and $79 more than the Versa. The sub-$200 price point really feels like the sweet spot for these devices.

The Vapor X is available through Misfit’s site starting today.