Here’s what I knew when I visited the Museum of Future Experiences: The startup is part of the current batch of companies at Y Combinator, and it’s doing work with virtual reality. Beyond that, I had no idea what to expect.

The MoFE is currently located in New York’s SoHo neighborhood. To reach it, I walked through an unmarked door, up a dimly-lit flight of stairs and into a waiting room — where I was greeted by founder and CEO David Askaryan, and then by two men in shiny lab coats, who explained that they would be my guides.

Along with two other guests, I was led downstairs, where our guides quizzed us about our hopes and fears. We were told that our answers would reveal the current state of our subconscious, which in turn would shape the content that we were about to see.

So my MoFE experience probably won’t match yours, but I’ll try to describe it anyway: In the next room, after I put on a VR headset, I found myself flying around a stark, beautiful, black-and-white lake while a voice-over discussed the meaning of death. When that segment ended, I was surrounded by the outlines of enormous, ghostly dancers.

Then the headset came off, and I assumed my visit was over, but instead I was led into yet another room, where — after a brief pause — we were told that our next experience would be more communal, based on the group’s collective answers. This one turned out to be slightly more explicable, with visions of a nuclear holocaust and post-apocalyptic landscape. 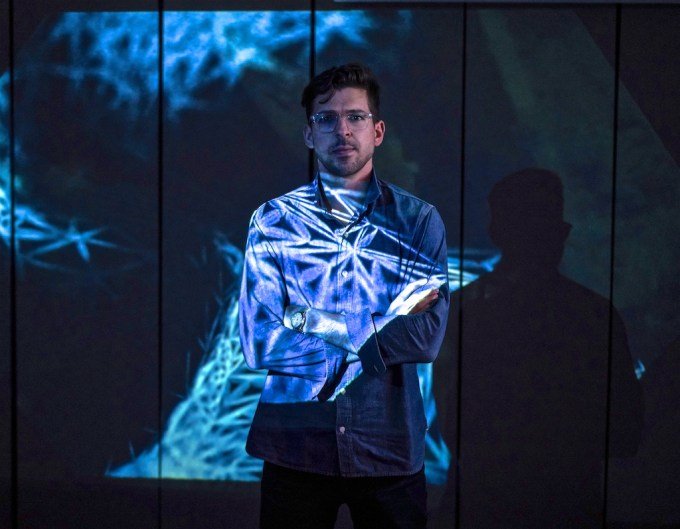 As you can tell, the experience isn’t easy to describe. Afterwards, as I walked back out into the bright, muggy New York evening, I felt equal parts amused, excited and unsettled, and I knew this wasn’t like any other VR I’d seen.

A few days later, I met with MoFE founder and CEO David Askaryan to get more details about what, exactly, he’s trying to do. Askaryan has a background as a product manager at Bridgewater Associates, as well as an MBA from Harvard Business School, but he told me he’s also “been involved in the creative and art communities for the past eight years as an artist and friend of the community.”

Askaryan said that toward the end of his time at Bridgewater, he was running an experimental virtual reality lab, where he became convinced that most VR startups were struggling with a fundamental problem — they’re “dependent on durable consumer infrastructure, which simply wasn’t there yet.” Put more simply, “People just don’t have VR headsets at home.”

So he became interested in creating an out-of-home VR experience, but wasn’t inspired by the existing VR arcades, which he said are “essentially commoditized — it’s shooting a zombie.” (I’d argue that some of these game-like experiences can be pretty fun, but it’s true that they’re a far cry from the more “story-driven, experiential” approach that Askaryan is going for.)

He explained that the VR on display at the MoFE was created by an artist named Flatsitter, and that the startup currently has enough content that you could visit “up to four times” without any repeats. 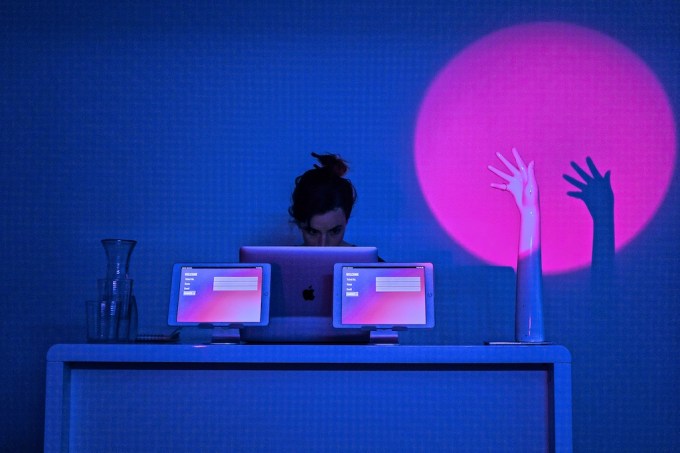 But it’s not just about the VR — the design of the space and the interaction with the guides is part of what made my visit so memorable. Askaryan said he wanted to “incorporate elements of immersive theater,” while also creating a “white glove” experience, where staff members are helping you at every step: “I want it to be magical and really special … That’s separate from a cool technology demo.”

As for the quiz, Askaryan explained that it’s a “simple recommendation engine” that determines which VR content each visitor sees.

“You’re surrendering to an experience,” he said. “By employing the questionnaire device, I take optionality off the table. I get people to get introspective about themselves through these strange-but-deep questions that map to the different experiences in my inventory.”

If you want to check it out for yourself, the MoFE is currently operating as a pop-up until August 26, and for $50, you can reserve a one-hour slot online. Askaryan said consumer response to the pop-up will determine the startup’s next steps — whether it focuses on establishing “a permanent institution” in New York, or expanding to other cities with more pop-up locations.

‘The Key,’ a VR story about dreams and refugees, wins Storyscapes prize at Tribeca