Lead investors include Sequoia China, IDG Capital and Source Code Capital. Opera also joined the round in the payments venture it created.

OPay will use the capital (which wasn’t given a stage designation) primarily to grow its digital finance business in Nigeria — Africa’s most populous nation and largest economy.

Opera founded OPay in 2018 on the popularity of its internet search engine. Opera’s web-browser has ranked No. 2 in usage in Africa, after Chrome, the last four years. 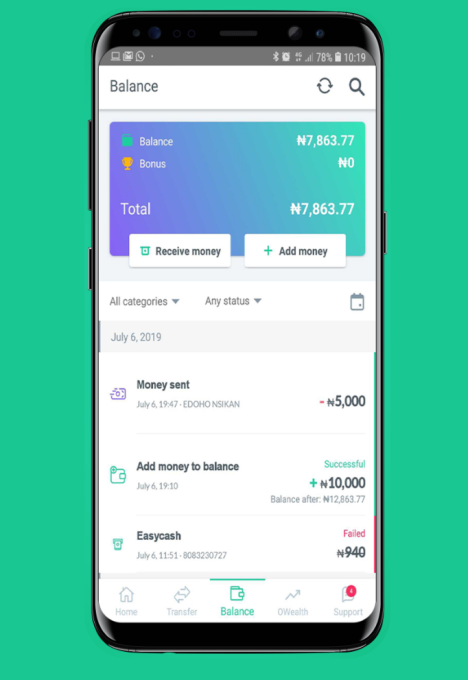 On the payments side, OPay in Nigeria has scaled to 40,000 active agents and $5 million in daily transaction volume.

The $50 million investment in OPay is more than just another big round in Africa. It has significance for the continent’s tech ecosystem on multiple levels.

To start, OPay’s raise tracks greater influence in African tech from China — whose engagement with African startups has been light compared to China’s deal-making on infrastructure and commodities. OPay founder Opera was acquired in 2016 for $600 million by a consortium of Chinese investors, led by current Opera CEO Yahui Zhou.

The majority of the investment for OPay’s raise comes from Chinese funds and sources, including Source Code Capital, Sequoia China and GSR Ventures. There’s not a lot of statistical data on the value of Chinese VC investment in Africa, but a large portion of $50 million to a fintech venture stands out.

OPay’s VC haul also has significance vis-à-vis digital-finance in Nigeria. In tandem with other trends, it could support the shift of Nigeria surpassing Kenya as Africa’s digital payments leader. For years Kenya has outpaced Nigeria in P2P digital payments volumes and digital financial inclusion, largely due to the rapid adoption of mobile-money products, such as Safaricom’s M-Pesa.

Some of this is due in part to Nigeria’s Central Bank limiting the ability of non-banks (including telcos) to offer mobile payment services. The CBN eased many of those restrictions earlier this year. This opens the door for mobile operators like MTN, with the largest phone network in Nigeria, to offer mobile-money products. In addition to fintech regulatory improvements, there’s been a gradual increase in VC flowing to Nigerian payment ventures.

The country’s leading digital payment company, Paga, raised $10 million in 2018 to further expand its customer base that now tallies 13 million. OPay’s $50 million-backed commitment to grow mobile money in Nigeria should provide another big boost to digital-finance adoption across the country’s 190 million people.

And not to be overlooked is how OPay’s capital raise moves Opera toward becoming a multi-service commercial internet platform in Africa. Part of the $50 million investment includes diversifying country and product offerings. “Geographic expansion of OPay and other services is a key part of our plans,” Opera CEO Yahui Zhou told TechCrunch via email.

This could place OPay and its Opera-supported suite of products on a competitive footing with other ride-hail, food delivery and payments startups across the continent. It also could mean competition between Opera and Africa’s largest multi-service internet company, e-commerce unicorn Jumia.