The new era of tech-enabled banks is coming, even in regulation-heavy Japan. Kyash, a fintech company with visions on becoming Japan’s first challenger bank, said today it has raised $14 million to continue its expansion.

To be clear, Kyash isn’t a bank. Yet. But it is currently applying for a host of licenses in Japan that could allow it to offer banking-style features, including checking accounts, ATM withdrawals and money remittance. Right now, it is a payment app that offers a connected Visa card in the style of Monzo, N26, Revolut (which has a Japan license) and others of that ilk.

The startup was founded in 2015 by Shinichi Takatori, a former banker and management consultant who saw the potential to merge tech and finance.

“I really noticed that information and communication has become ubiquitous but money itself hasn’t changed for a long time,” Takatori told TechCrunch in an interview.

The company took some time — two years — before it released a consumer product, but it quickly tied up with Visa to offer a prepaid debit card that connects to the Kyash app. That provides benefits like instant payment notifications, clear balance and lower fees for overseas spending, while costs are borne by merchants rather than users. They might seem elementary today, but they are still not standard among Japan’s traditional banks, Takatori explained.

The company declined to share its user numbers, but Takatori said this new round of funding — Kyash’s Series B — is a validation of the progress it has made.

The $14 million investment is co-led by Goodwater Capital, a U.S. investor that has backed fintech startups like Monzo, Stash and Toss in Korea, and Mitsubishi UFJ Capital, the investment arm of Japan’s largest bank.

Mitsubishi’s involvement means that Kyash counts Japan’s three largest banks as investors, with SMBC and Mizuho having previously put money into the company. Others that took part in this Series B include Toppan Printing, JAFCO and Shinsei Corporate Investment Limited.

So many banks on the cap table might seem like a strange thing for a disruptor — let alone the banks, which tend to behave territorially — but Takatori believes that there’s the potential for cooperation, not to mention that it will help the startup with its licensing efforts. Already, he revealed, Mitsubishi plans to integrate its card with the Kyash app to provide its customers with the best of both worlds.

“We’re not here to win over existing banks, but instead inform [them of] how money should work in next decade,” explained Takatori. “So why not collaborate in some way.” 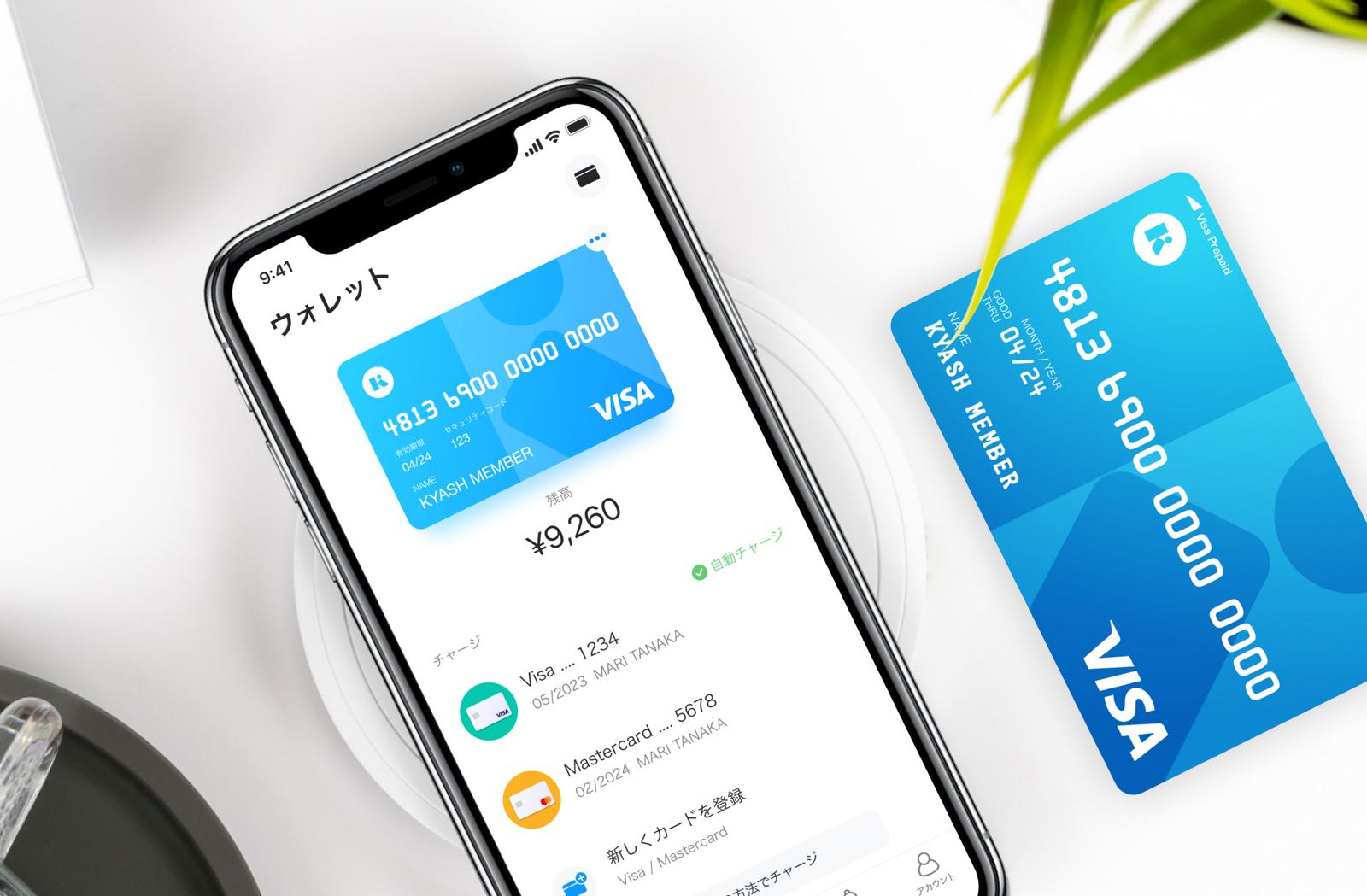 There’s also the fact that, even with a license, Kyash and others are unlikely to be able to offer full banking services. That means they will have to serve as complementary offerings to the industry, which would likely mean that cooperation is good — essential — for both sides.

But, beyond the consumer play, a notable piece of Kyash’s business that has investors excited is its B2B payment business.

The company developed its own payment processing system to reduce costs, which is one reason it took time to launch. Thanks to a tie-up with Visa, it offers both issuing and processing of prepaid Visa cards to fintech companies in Japan that want to go down the payment route.

That’s increasingly popular, given the government push to make the country a “cashless society” ahead of the 2020 Olympic Games next year. It also could appeal to crypto companies in Japan, which offers the world’s most robust licensing, that want to follow the example of the Coinbase card in Europe or startups like Crypto.com and TenX, which offer similar prepaid cards.

Takatori said Kyash is “in discussions” with crypto companies, but that it has not made a decision on how to proceed yet. The company is also eyeing potential overseas expansions, although that is some way down the line.

“We have open eyes for globalization, it’s just a matter of when,” he told TechCrunch. “We still have a far way to go [in Japan, but] maybe after the Olympics.”

More pressingly, he sees the company looking to raise a “pretty quick” Series C round to give it acceleration into next year. That’s likely to go to more expansion and user acquisition as the licenses the startup has applied for are unlikely to be granted this year.