Not long ago, people in China would need to visit a posh, stylish mall for luxury shopping. That’s rapidly changing as high-end brands race to embrace digital channels, which aren’t just the obvious options of ecommerce platforms or brand-owned sites. In China, Louis Vuitton, Cartier, Bulgari and other luxury brands are now connecting and selling to millions of customers through WeChat.

Many know WeChat as China’s largest messaging app, and perhaps how it has over time morphed into an all-in-one ecosystem that lets one chat, run errands, hire services, and shop for an infinite list of things. Now the flurry of different products people find on WeChat may include a $10,000-plus purse.

The trend, according to Pablo Mauron, partner and managing director for China at Digital Luxury Group, a luxury marketing agency, reflects WeChat’s huge potential as an app tailored to transactions and services.

“I think WeChat is finally becoming what it’s supposed to be for luxury brands, which is not just a social media app,” Mauron told TechCrunch over a phone interview. “One [function] could be for customers to buy the product. Another could be for brands to build a loyalty program. Customers can pre-order a product or set up an appointment with the [offline] store.”

Indeed, according to a new report from market research firm Gartner L2, 60% of the fashion luxury brands it surveyed have at least one WeChat store, surging from just 36% in 2018.

Like Facebook, WeChat allows businesses to set up their online shops. The Chinese app now boasts more than 1 billion monthly users, but these people aren’t readily exploitable as customers. WeChat, unlike Alibaba, isn’t a marketplace and does not have a central search engine that indexes all the merchants selling over its platform.

A WeChat store is thus more comparable to a site store — it exists in the online universe but requires a lot of marketing before consumers stumble upon it. People may discover Wechat stores by scanning a QR code at a brick-and-mortar outlet, clicking on an ad embedded in an online article or through a slew of other creative ways that merchants devise.

Despite the challenges in driving traffic, WeChat stores hold great appeal to brands for they offer a large toolbox for boosting customer loyalty, observed Mauron.

Shoppers can, for instance, talk to shop assistants over WeChat or check their membership status with just a few taps on the screen. It’s the social prowess of WeChat that separates it from entrenched ecommerce candidates like Alibaba and JD.com, which focus more on transactions. In a way, WeChat is not directly taking on Alibaba but playing a complementary role by providing customer relationship management (CRM) capabilities. 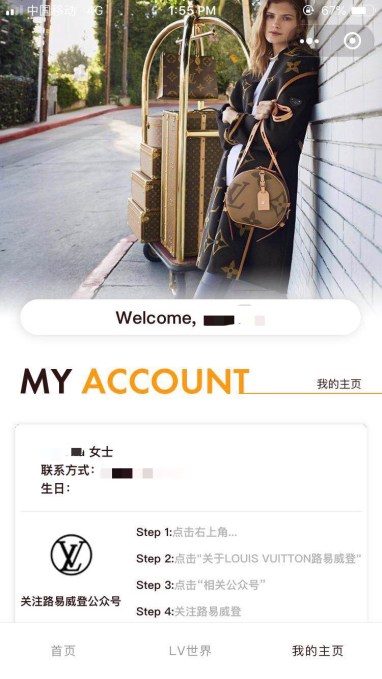 A lot of these service-oriented features are powered by so-called “mini programs,” which are essentially stripped-down versions of native apps that run within a super app such as WeChat. As the Gartner L2 report points out, the rise in WeChat store adoption is linked to the increased use of mini programs by luxury brands.

A total of 69% the luxury brands in the sample group have at least one mini program. The adoption rate among fashion-focused luxury brands grew from 40% in 2018 to 70% in 2019, while the watch and jewelry category climbed from 36% to 62% over the same time period.

“WeChat is becoming the most appealing option for brands that want to think about CRM, ecommerce strategies or simply other value-added services without having to rely on external partners,” Mauron suggested, referring to Alibaba, JD and others that are traditionally the more popular choices for digital sales.

From social to shopping

While WeChat imposes certain rules on sellers, it’s built a reputation for being more laissez-faire compared to conventional ecommerce companies. For one, WeChat doesn’t (yet) take commissions from ecommerce transactions as online marketplaces normally do. As Mauron noted, “Tencent’s business model is not so much about making money out of the mini program transactions.”

On the other hand, WeChat’s e-wallet WeChat Pay benefits from processing transactions happening inside the chat app where Alibaba’s Alipay isn’t available.

That’s a crucial development because WeChat Pay has been for the most part associated with micropayments, thanks to a series of early campaigns that encouraged people to send cash-filled digital packets to each other, a tradition deep-rooted in a culture of exchanging cash during holidays.

Alipay, by contrast, is more extensively used for online shopping given its ties to Alibaba.

With the rise of mini app-enabled ecommerce, however, people are starting to use WeChat Pay for big-item purchases too.

“This allows WeChat to take market share in online payments. That’s the other big battle, which is between Alipay and WeChat Pay,” said Mauron.

As of January, Alipay had at least 1 billion monthly active users through its own app and mobile wallet partners around the world. WeChat doesn’t break out the user number for its e-wallet but said daily transaction volume passed 1 billion in 2018.