Based in Lagos, the company’s app-based platform coordinates motorcycle taxi and delivery services for individuals and businesses. Six million of the investment is in Series A capital followed by $1 million in grants.

MAX has an extended menu for the round. “We intend to invest massively in our technology capabilities,” including the company’s payment infrastructure, CFO Guy-Bertrand Njoya told TechCrunch.

The startup will also expand to 10 cities in West Africa (starting in Ghana and Ivory Coast) and add new vehicle classes — including watercraft and three-wheeled tuk tuk taxis.

And in what could be a first in Africa’s growing motorcycle ride-hail market, MAX will use its new funding for EV development. “We’re piloting electric motorcycles in partnership with EV manufacturers and working with grid operators across Nigeria to deploy charging stations,” Njoya said.

He would not name EV partners, except to clarify Yamaha is not currently part of the e-pilot. The research also includes renewable energy as an e-moto power source, according to Njoya. MAX’s current fleet consists primarily of Yamaha Crux Rev and Indian manufacturer Bajaj’s Pulsar motorcycles. 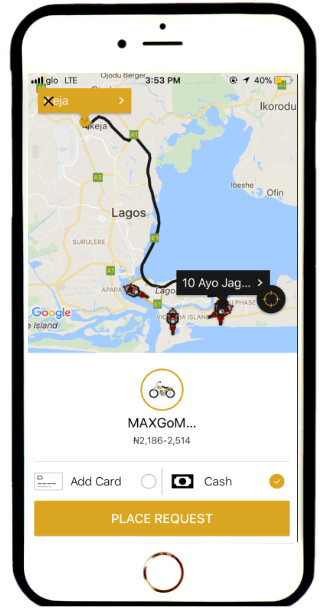 Co-founded in 2015 by MIT Sloan alumns Adetayo Bamiduro and Chinedu Azodoh, MAX has completed over 1 million trips and is one of the largest delivery partners in West Africa for Jumia — the e-commerce unicorn that recently listed on the NYSE.

Yamaha confirmed its investment in MAX to TechCrunch. Part of the company’s interest in the startup connects to market research and Yamaha’s existing Nigeria operations. “We want to work with good entrepreneurs in Africa to develop new business in Africa,” Shoji Shiraishi of Yamaha Motor Company’s New Venture Business Development Section told TechCrunch.

He added that Yamaha sells and manufactures motorcycles in Nigeria. “We really want to understand local needs for motorcycles and…to support [MAX] expanding their business,” he said.

This is Yamaha’s second move in less than a year in an emerging market ride-hail company. In December it invested $150 million in Grab, a Southeast Asian two and four-wheel on-demand transit company.

Motorcycle transit ventures are vying to digitize a share of Africa’s boda boda and okada markets (the name for motorcycle taxis in East and West Africa) — representing a collective revenue pool of $4 billion (now) that’s expected to double by 2021, per a TechSci study.

Last month, MAX competitor Gokada (also based in Lagos) raised a $5.3 million round and announced it would expand in East Africa. Rwanda has motorbike taxi startups SafeMotos and Yegomoto. Uganda-based motorcycle ride-hail company SafeBoda expanded into Kenya in 2018 and recently raised a Series B round, co-led by the venture arms of Germany’s Allianz and Indonesia’s Go-Jek.

On the question of how MAX (a 2018 TechCrunch Startup Battlefield Africa participant) will compete in a market with more players, co-founder Chinedu Azodoh named diversification and satisfying drivers. “We’re a very driver-centric business and at the end of the day the driver is where the business is at,” he said, highlighting the ability of MAX’s platform to deliver market-share to those drivers. 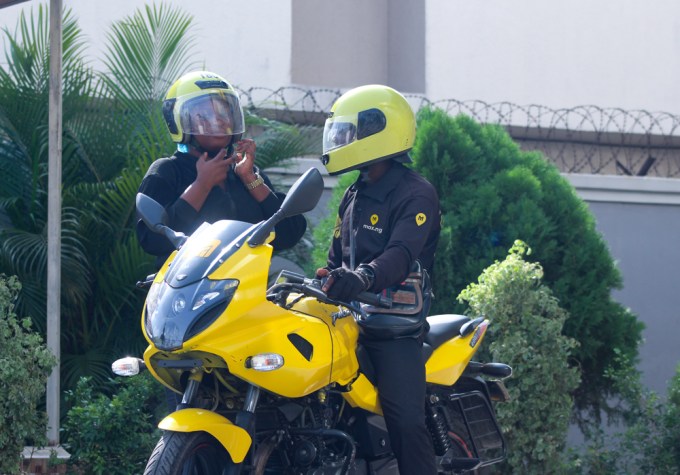 Azodoh also believes MAX’s mix of business delivery and personal transit offers an advantage over competitors. He noted that MAX.ng has a local developer team and is always looking at new revenue opportunities. “Strategic for us is making sure we’re doing the right thing at the right time,” he said, indicating the company has already scaled up and scaled down certain service offerings in response to market needs.

“If we find that maybe there’s something else we’re missing out on, we’re happy to jump into that,” Azodoh said.

One of those areas could be development of EV mobility services for Nigeria and Africa. “The economics are promising and could offer significant value to the drivers and end-users,” MAX CFO Guy-Bertrand Njoya told TechCrunch.

So electric motorcycle taxis in African cities powered by renewable energy could become a reality. That would definitely place the continent in a unique position in the transformation of global mobility.