Meet Yubo, a French startup that wants to make social networks a bit more… social. Yubo is an app designed for teenagers, and it’s all about meeting people, making new friends and belonging to a community.

The app has quietly grown over the past few years and managed to attract 20 million users. There are now close to a million users who open the app every day, and the company says that it is currently growing by 10 percent month-over-month.

But what makes Yubo so special? Last year, I wrote that social networks were no longer social. And Yubo shares the exact same vision.

“Facebook, Instagram, Snapchat… everything is fake,”co-founder and CEO Sacha Lazimi. According to him, when you join one of the big social networks, you can’t do anything and you can’t just be yourself. You end up following the same top accounts with millions of followers.

It’s a passive experience that involves a lot scrolling and liking, but very few meaningful interactions. In other words, many teens feel lonely on those social networks.

Lazimi has a strong vision of what a social network should be. In many ways, Yubo feels like an internet forum or an IRC channel, but designed for mobile. If you’re still defining your identity as a teen, Yubo can help you talk with people who share your interests even if they don’t go to the same school as you.

Yubo is specifically designed for teens, which means that you can’t even create an account if you’re too old for the app. After that, the startup wants you to meet new people and spend time together in the app.

You can find friends with a Tinder-like screen that lets you swipe left or right. Many people think it means that Yubo is a dating app. But Lazimi defends this model by saying that the vast majority of people don’t even meet up in person — he says Yubo is more about finding long-distance BFFs.

The startup knows that having a young user base is a touchy subject. It tries to moderate questionable content as quickly and as effectively as possible. Let’s hope that the company can stay on top of moderation as the platform grows. 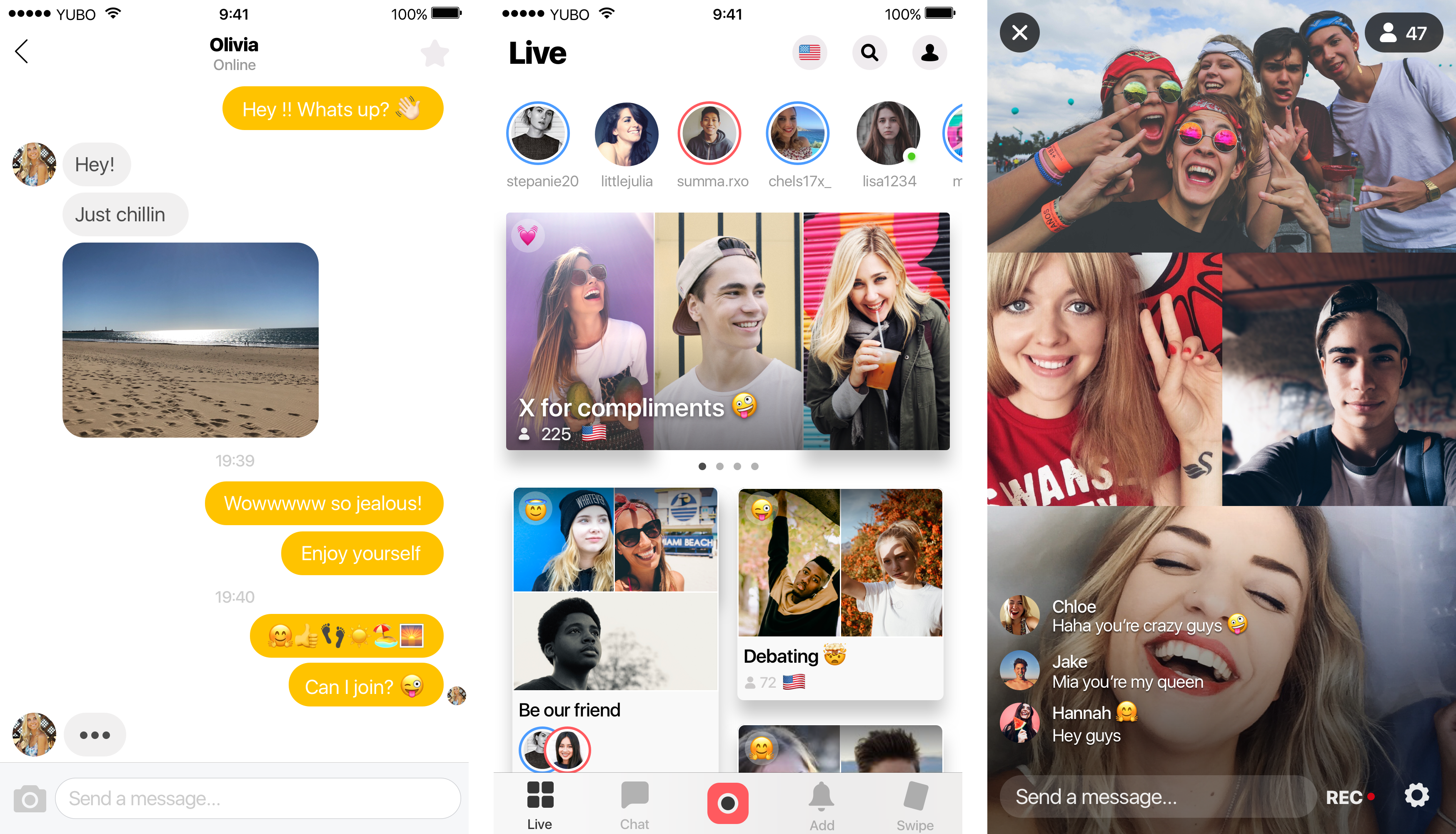 But the most interesting part of the app is the live-streaming rooms. Users can get together and host a group live stream. Other users can join the live stream and chat with the hosts. They can talk about the latest Netflix TV show, play the guitar with their friends or just chill and talk about random stuff. It’s a bit like Houseparty meet YouNow.

You can buy in-app items or subscribe to a premium account to boost your live stream, give more visibility to your profile or your friend request.

“The future of social networks is about social discovery. We’re trying to avoid becoming a performance-based network. We don’t want to emphasize likes or views,” Lazimi said.

And that vision is what might differentiate Yubo from other social networks out there. The startup isn’t the only one trying to innovate in the social space. And it’s nice to see that there’s a group of entrepreneurs willing to try different things to go beyond Instagram.

The year social networks were no longer social