Qubole may not necessarily be a household name, but its customers include the likes of Autodesk, Comcast, Lyft, Nextdoor and Zillow. For these users, Qubole has long offered a self-service platform that allowed their data scientists and engineers to build their AI, machine learning and analytics workflows on the public cloud of their choice. The platform sits on top of open-source technologies like Apache Spark, Presto and Kafka, for example.

Typically, enterprises have to provision a considerable amount of resources to give these platforms the resources they need. These resources often go unused and the infrastructure can quickly become complex.

Qubole already abstracts most of this away, offering what is essentially a serverless platform. With Quantum, however, it is going a step further by launching a high-performance serverless SQL engine that allows users to query petabytes of data with nothing else but ANSI-SQL, giving them the choice between using a Presto cluster or a serverless SQL engine to run their queries, for example. 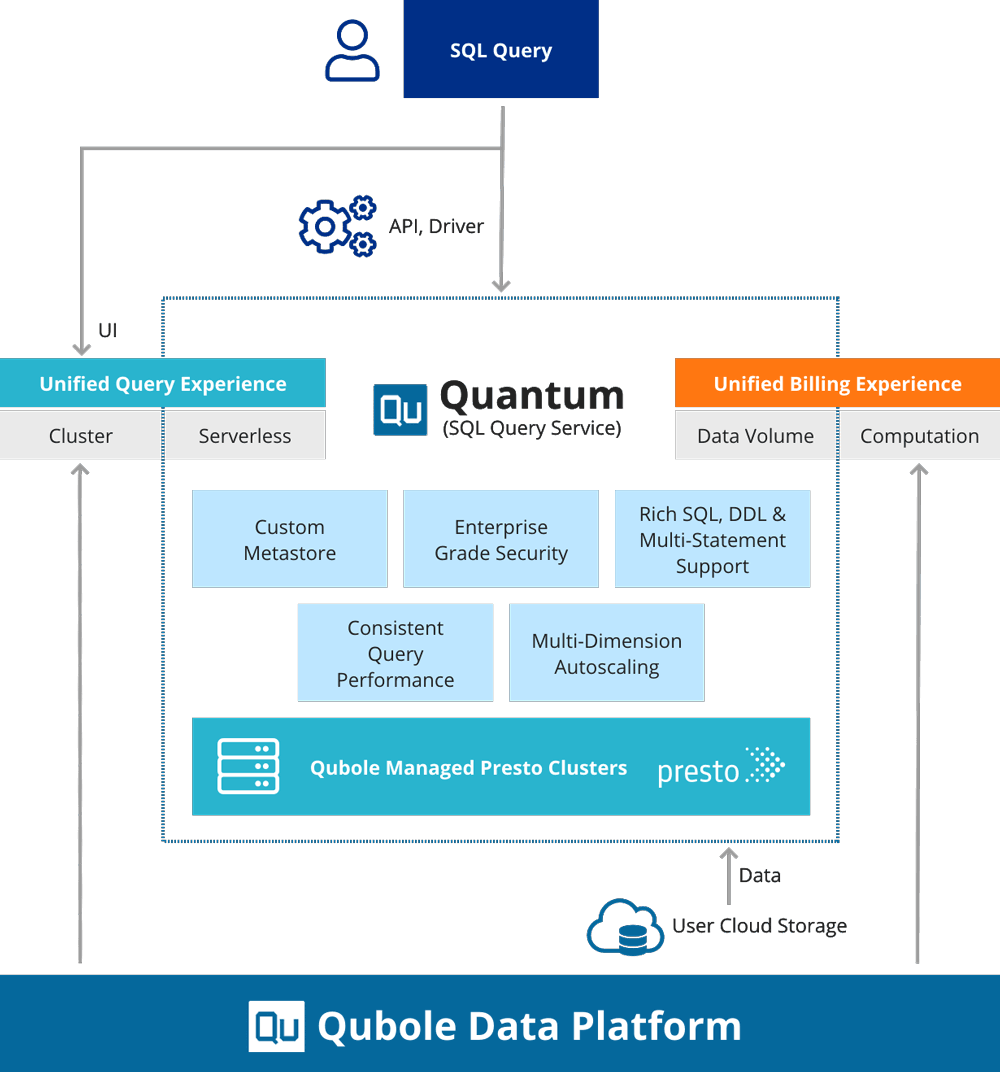 The data can be stored on AWS and users won’t have to set up a second data lake or move their data to another platform to use the SQL engine. Quantum automatically scales up or down as needed, of course, and users can still work with the same metastore for their data, no matter whether they choose the clustered or serverless option. Indeed, Quantum is essentially just another SQL engine without Qubole’s overall suite of engines.

Typically, Qubole charges enterprises by compute minutes. When using Quantum, the company uses the same metric, but enterprises pay for the execution time of the query. “So instead of the Qubole compute units being associated with the number of minutes the cluster was up and running, it is associated with the Qubole compute units consumed by that particular query or that particular workload, which is even more fine-grained,” Thusoo explained. “This works really well when you have to do interactive workloads.”

Thusoo notes that Quantum is targeted at analysts who often need to perform interactive queries on data stored in object stores. Qubole integrates with services like Tableau and Looker (which Google is now in the process of acquiring). “They suddenly get access to very elastic compute capacity, but they are able to come through a very familiar user interface,” Thusoo noted.