If you frequent the New York City subway’s 4, 5, 6 line, you’ve probably seen the new terminals at a variety of stations like Union Square and Grand Central. Located between turnstiles, they’ve all been sporting a curious “Test Phase/Coming Soon” screen. That finally changes this week.

Google already announced its mobile pay solution would be arriving this week, and now its chief competitor is getting in on the action. Apple Pay is hitting select stations this Friday, May 31. When that kicks in, riders will be able to swipe their iPhone or Apple Watch to catch a ride. 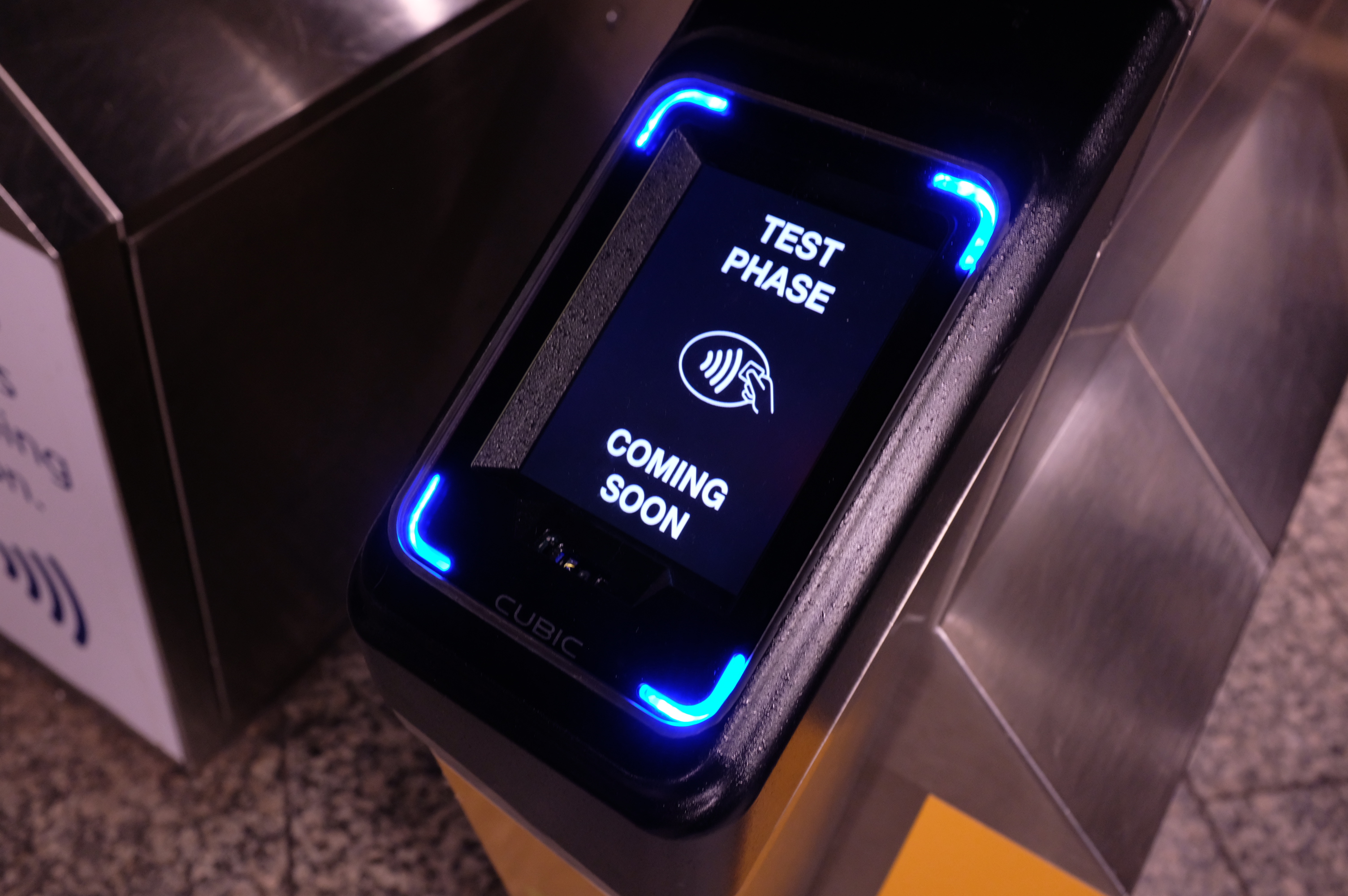 The kiosks are actually active, at present, but using them requires a software update — iOS 12.3 and watchOS 5.2.1, respectively. Then a debit or credit card needs to be associated with Express Transit in Apple Wallet, using Face or Touch ID. Once installed, it should work on the iPhone 6s and SE or later, along with the Apple Watch Series 1, 2 and 3, using NFC to get you in.

The system works as you’d expect. Hold the phone or watch up to the display and it beeps you in with a big “Go” on the screen, and a “Done” registering on the device. As long as your credit card is up to date, you should be good to go. How quickly this all works when thousands of New Yorkers are all using the system is another question entirely, of course — there tends to be a kind of learning curve with these sorts of things. And no doubt there will be a bit of a logjam at the turnstiles before the novelty of the system wears off. 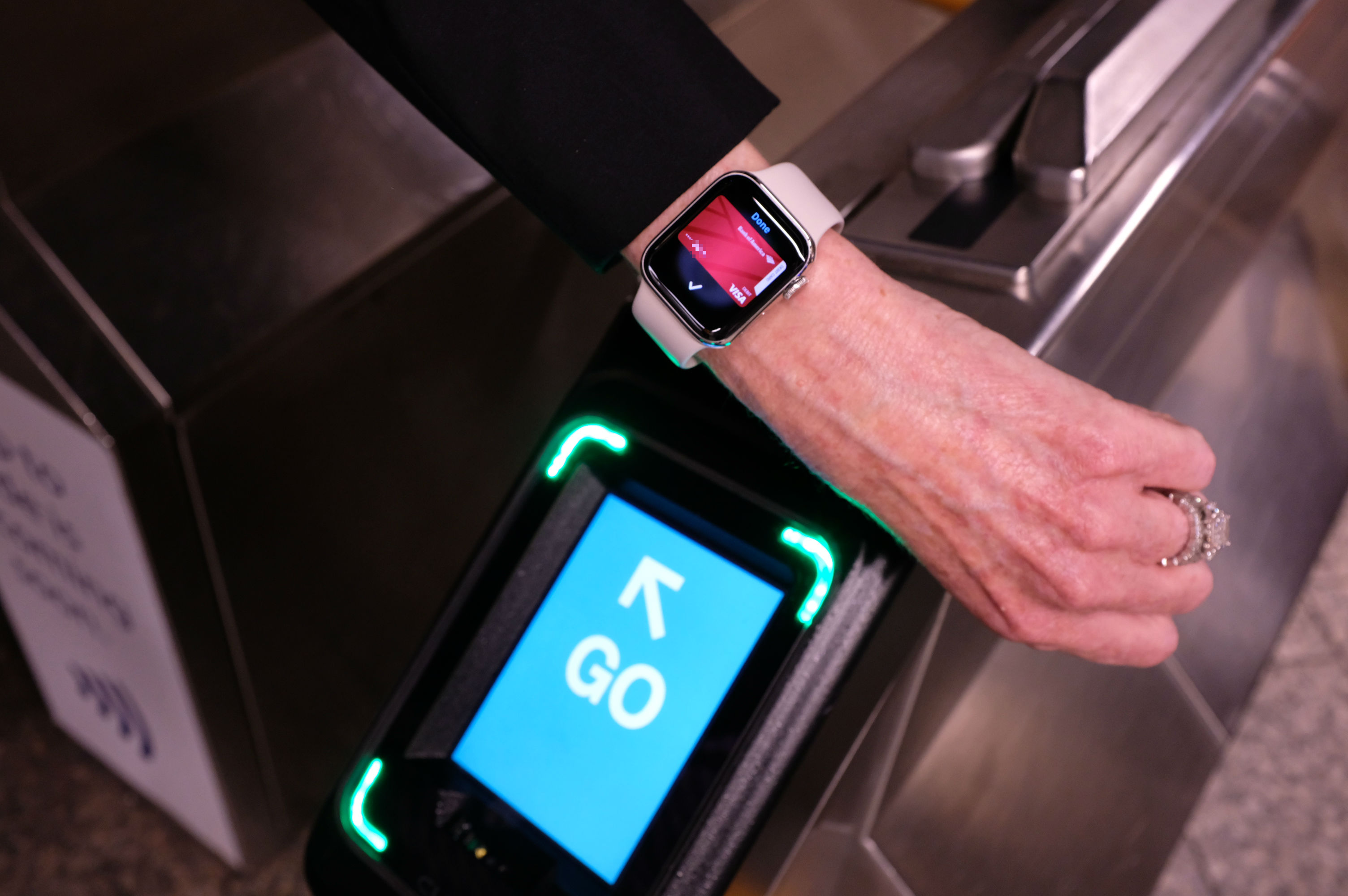 Of course, that’s why this is still a kind of test period. At present, the system will be limited to the 4, 5, 6 line between Grand Central-42 Street in Manhattan and Atlantic Ave-Barclays Center in Brooklyn (16 stations in all), along with Staten Island buses. In the case of the 4, 5, 6, that’s almost certainly the most heavily trafficked stations on the most heavily trafficked subway line, so this will be an interesting sort of trial by fire.

It’s also worth noting that the system is currently limited to single-ride passes. That means those who buy daily, weekly or monthly passes (which applies to many New Yorkers, myself included) won’t be able to use the system in that capacity. More fare options are coming by late 2020, by which time the MTA expects to have rolled out Apple on all subway lines and buses, so riders will never have to worry about losing that Metro Card again.