East Ventures has long been known as one of Indonesia’s longest-serving and most active seed-stage investors, but now it has officially moved up the food chain after it announced a final close of its growth fund at $200 million.

Called EV Growth, the fund is a joint venture between East Ventures, SMDV — the VC arm of Indonesian conglomerate Sinar Mas — and YJ Capital, which is associated with Yahoo Japan. The fund was first announced last year with a target of $150 million, but this final close has already surpassed that thanks to contributions from LPs that include SoftBank Group, Pavilion CapitaI and Indies Capital.

EV Growth is already active, with 40% of the fund deployed to date, according to East Ventures’ founding partner Willson Cuaca, who serves as partner for the new fund alongside Roderick Purwana from SMDV and YJ Capital’s Shinichiro Hori.

“We thought, ‘There’s a gap in Series B in Southeast Asia, many of our portfolio is good so why not do this together?’ ” Cuaca told TechCrunch in an interview. “SMDV and YJ Capital have been our long-term partners in Japan and Southeast Asia so it’s the perfect partnership… the chemistry is already there.”

“We are more seed and product market fit focused, but our two partners bring their capabilities on financial modeling, so it becomes a complete set,” he added. 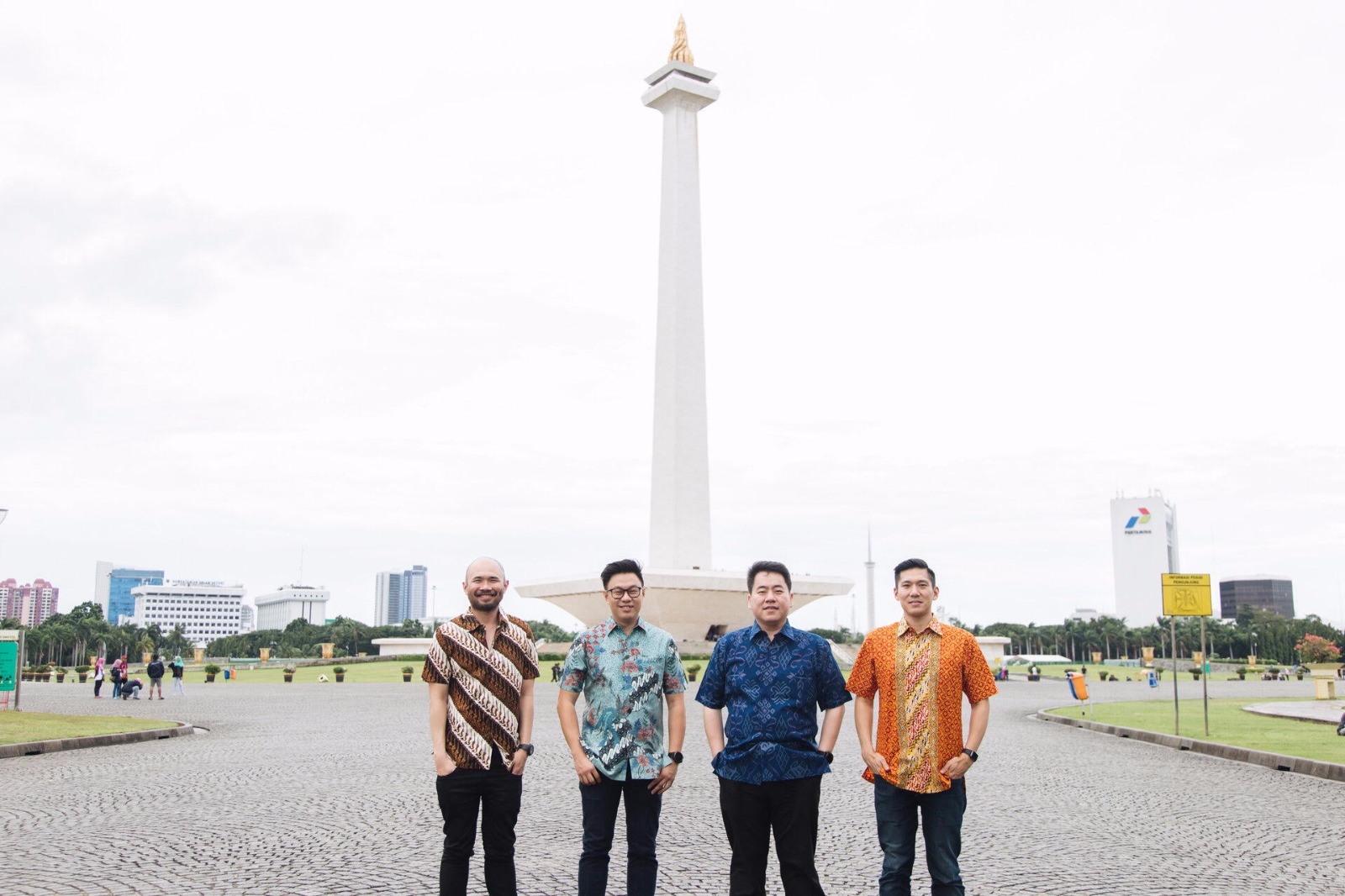 Lofty ambitions: The EV growth team in front of Monas, the National Monument that symbolizes the fight for Indonesia and is one of the tallest landmarks in capital city Jakarta

Beyond chemistry, East Ventures also has a track record.

The firm was one of the first to focus on Indonesia, Southeast Asia’s largest economy, and encourage its companies to dominate that market rather than rapidly expand across the region. East Venture’s portfolio includes unicorns Tokopedia and Traveloka, while ride-sharing Grab and Go-Jek acquired two of its companies, Kudo and Loket, respectively.

According to data from Preqin, the fund is among the top performing in the world. East Ventures is one of six firms worldwide to have three funds ranked in Preqin’s top quartile; that puts it alongside names like Benchmark Capital, while it is the sole representative from Southeast Asia in that category.

Cuaca said EV Growth will continue the focus on Indonesia, but admitted there is scope to invest outside of the region if the right opportunity pops up.

Operating at seed and further down the investment pipe throws up the possibility of conflicts of interest. EV Growth is aimed at filling a funding gap that does genuinely exist in Southeast Asia, so it is bound to touch on East Ventures’ portfolio companies, but Cuaca is ready for that scenario. While he will source and fetch potential EV Growth deals, he must recuse himself from a decision on any East Ventures company, leaving his partners to make the final call. That’s fairly standard in the investment world, but new to Southeast Asia, where growth funds are just taking off. 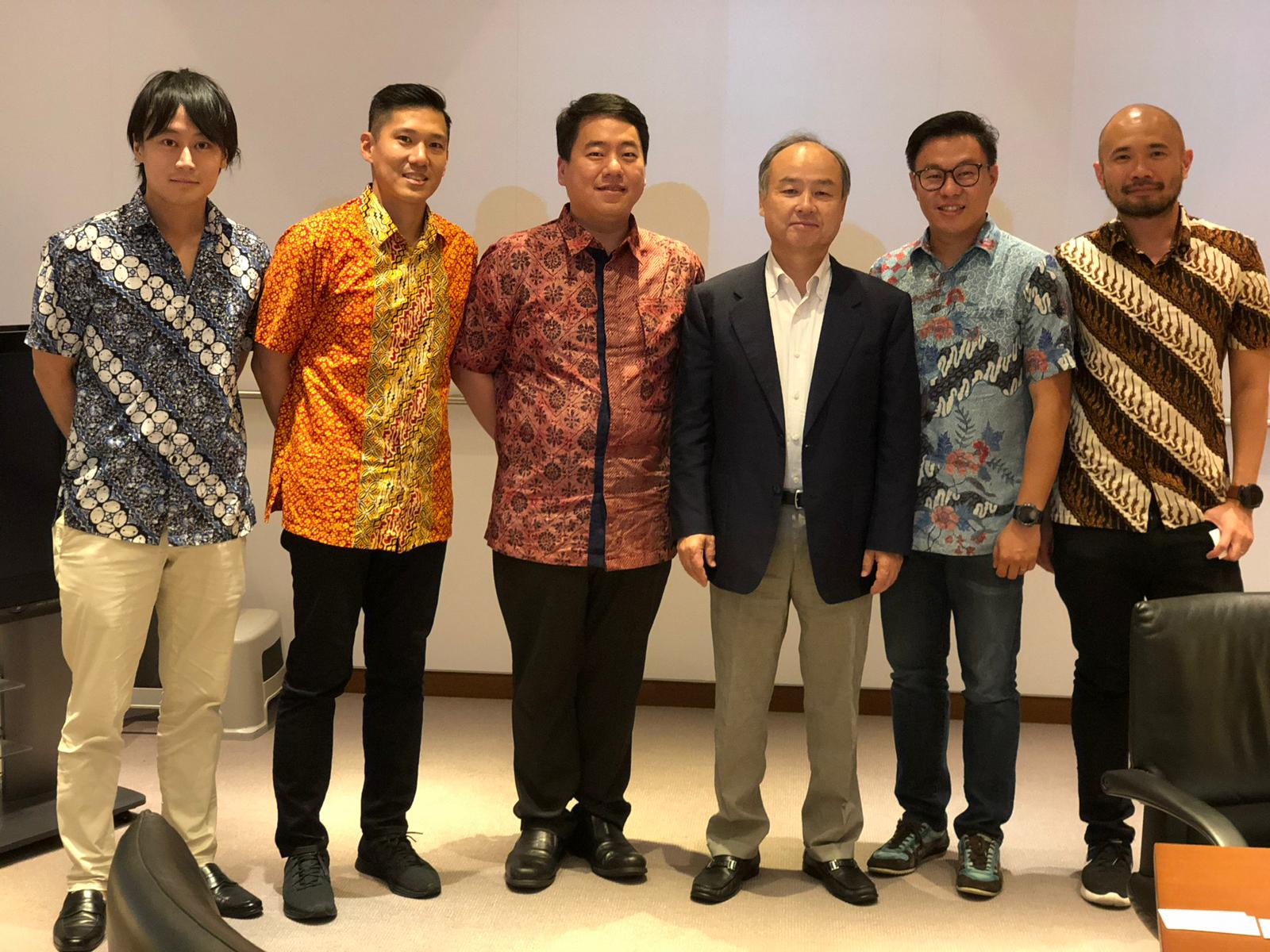 SoftBank Corp. — CEO Masayoshi Son is pictured third from right — is one of the LPs backing EV Growth… and potentially the follow-up that is already being planned

That development is a sign of the maturity of the region’s venture ecosystem, and East Ventures isn’t the only one pursuing a “growth fund” strategy.

Singapore’s Golden Gate Ventures is currently raising a growth fund with Korea’s Hanwha as the anchor LP, while TechCrunch has heard plenty of rumors linking a number of other investors with interest in doing the same, albeit they are unfulfilled at this time.

It isn’t just new funds that are springing up; those that were once seed-stage investors are also scaling to cover unfulfilled Series B demand. Jungle Ventures, for example, recently hit the first close on its newest fund that’s aimed at $220 million. Others stepping into the void include Vertex Ventures, which has a new $230 million fund.

Added to that, there will be more to come from EV Growth.

Cuaca told TechCrunch that discussions are already underway for a follow-up growth fund, with “interest still coming in” from prospective LPs. That makes sense, given that the current fund’s deployment is nearly at the halfway point. Watch this space for more.