Last year during Computex, ASUS introduced the ZenBook Pro 14 and 15, with a touchscreen in place of a regular touchpad. This year in Taipei, it took the concept of a built-in second screen and went much further with it, unveiling new versions of the ZenBook with even larger second screens. Instead of just replacing the touchpad, the 14-inch second screen on the new ZenBook Pro Duo extend all the way across the device above the keyboard, acting as both an extension and companion to the main 4K OLED 15.6-inch display. 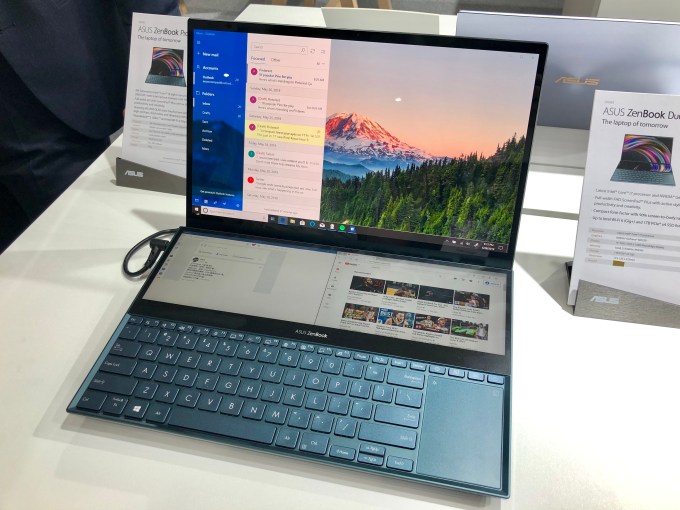 The touchpad-replacement on last year’s ZenBook Pros seemed like a novelty, with the bonus of giving you a small, extra screen for messaging apps, videos and simple utility apps like a calculator. The much larger size of the second screen on the ZenBook Pro Duo, however, enables many new possibilities. Both of its screens are touchscreens, and moving apps between the windows with your finger takes a little bit of getting used to, but it is simple and intuitive (frequently used apps can also be pinned).

During a demo, an ASUS employee showed me how it can support dual displays of maps: the larger screen giving you a bird’s-eye view of the geography, while the second screen allows you to zone in on streets and locations. But the ZenBook Pro Duo’s main draw is multitasking, enabling you to monitor your email, send messages, watch videos, keep an eye on news headlines and other tasks while you use the main screen for apps like Office 365 or video conferences.

Basically, the ASUS ZenBook Pro Duo 14 is designed for anyone who likes using a second monitor (or is tired of propping up their phone or tablet as an improvised second screen), but also wants a PC with more portability. At 2.5kg, the ZenBook Pro Duo is not the lightest laptop around, but is still reasonably lightweight considering its specs and two screens. 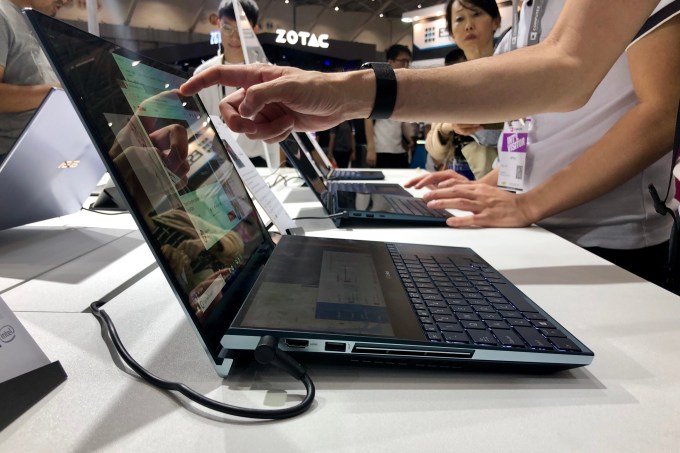 Its Intel Core i9 HK processor and Nvidia RTX 2060 ensures that both screens run smoothly, even with multiple tabs and apps open. ASUS also partnered with Harman/Kardon for its speakers, which means sound quality should be better than average. A smaller version, the ZenBook Duo, is also available, with Core i7 and a GeForce MX 250 and HD instead of 4K on both its displays.