Artemis, the agtech startup formerly known as Agrilyst, today announced that it has raised an $8 million Series A funding round. The round was co-led by Astanor Ventures and Talis Capital, with participation from iSelect Fund and New York State’s Empire State Development Fund. With this, the company, which won our 2015 Disrupt SF Battlefield competition, has now raised a total of $11.75 million.

When Agrilyst launched, the company mostly focused on helping indoor farmers and greenhouse operators manage their operations by gathering data about their crop yields and other metrics. Over the course of the last few years, that mission has expanded quite a bit, and today’s Artemis sees itself as an enterprise Cultivation Management Platform (CMP) that focuses on all aspects of indoor farming, including managing workers and ensuring compliance with food safety and local cannabis regulations, for example. 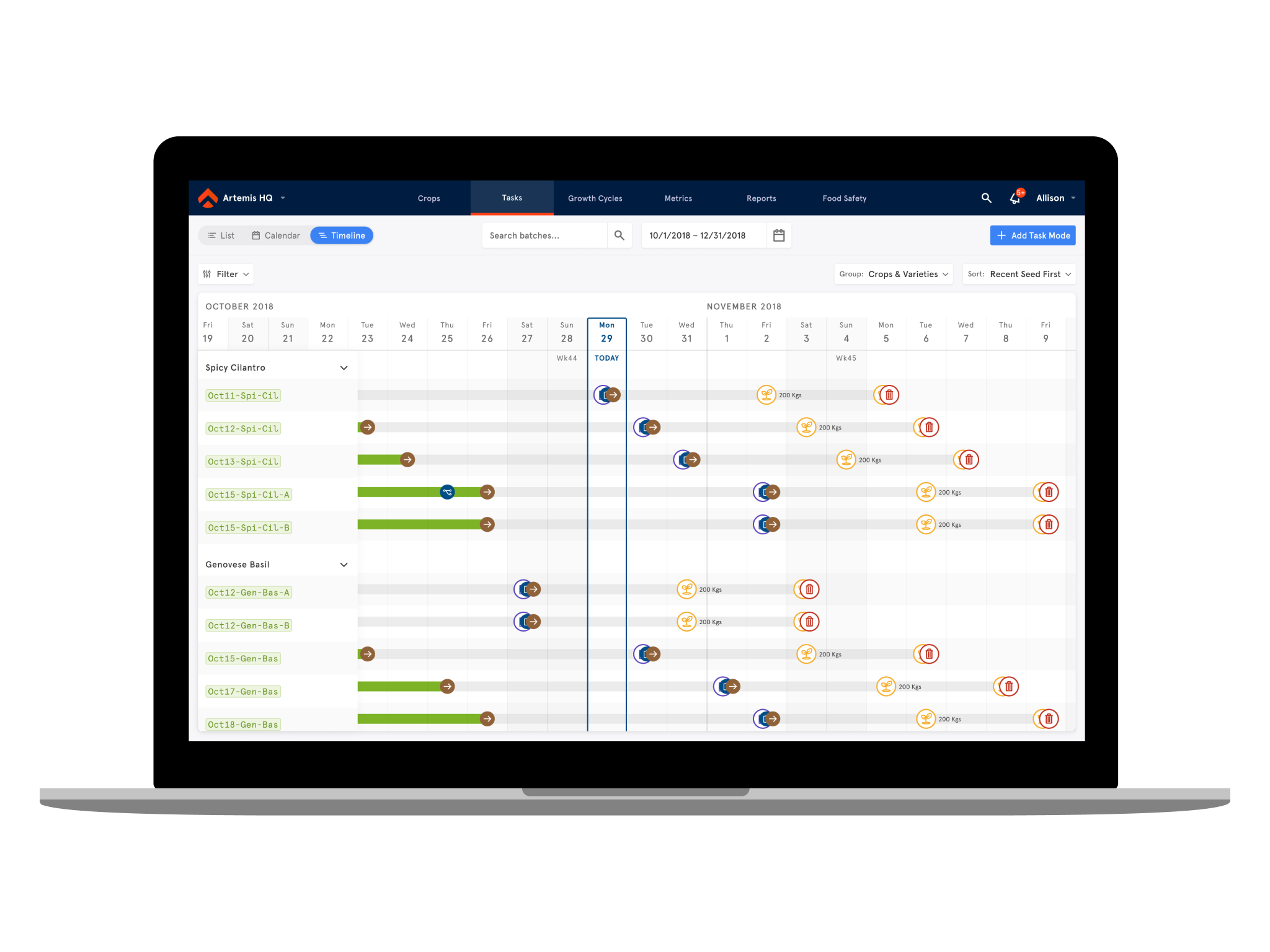 The expanded platform is meant to give these businesses a single view of all of their operations, and integrates with existing systems that range from climate control to ERP tools and Point of Sale systems.

Compliance is a major part of the expanded platform.

“When you look at enterprise operations, that risk is compounded because it’s not just that risk across many, many sites and many acres, so in 2018, we switched to almost entirely focusing on those operations and have gained a lot of momentum in that space,” CEO and founder Allison Kopf said. “And now we’re using the funding to expand from mainly focusing on managing that data to help with profitability to using that data to help you with everything from compliance down to the profitability element. We want to limit that exposure to controllable risk.”

With this new focus on compliance, the company also added Dr. Kathleen Merrigan to its board. Merrigan was the deputy secretary of Agriculture in the Obama administration and is the first executive director of the Swette Center for Sustainable Food Systems at Arizona State University. She is also a venture partner at Astanor Ventures.

“Technology innovation is rapidly transforming the agriculture sector. Artemis’ approach to using data as a catalyst for growth and risk management provides the company a significant advantage with enterprise-level horticulture operations,” said Merrigan.

Cannabis, it’s worth noting, was not something the company really focused on in its early years, but as Kopf told me, it now accounts for about half of the company’s revenue. Only a few years ago, many investors were also uncomfortable investing in a company that was in the cannabis business, but that’s far less of an issue today.

Today, Artemis’ clients are worth a collective $5 billion. The company plans to use the new funding to scale its sales and expand its team.