Autonomous vehicles might someday be able to navigate bustling city streets to deliver groceries, pizzas and other packages without a human behind the wheel. But that doesn’t solve what Ford Motor CTO Ken Washington describes as the last 50-foot problem.

Ford and startup Agility Robotics are partnering in a research project that will test how two-legged robots and self-driving vehicles can work together to solve that curb-to-door problem. Agility’s Digit, a two-legged robot that has a lidar where its head should be, will be used in the project. The robot, which is capable of lifting 40 pounds, can ride along in a self-driving vehicle and be deployed when needed to deliver packages.

“We’re looking at the opportunity of autonomous vehicles through the lens of the consumer and we know from some early experimentation that there are challenges with the last 50 feet,” Washington told TechCrunch in a recent interview. Finding a solution could be an important differentiator for Ford’s commercial robotaxi service, which it plans to launch in 2021.

The communication between Digit and a Ford autonomous vehicle is perhaps the most compelling piece of this research project. As the GIF below shows, the AV arrives at its destination, the hatch of the Ford Transit van opens and Digit unfolds itself, then grabs the package and walks to the door.

But there’s more to the story. The autonomous vehicle — equipped with a robust suite of sensors and computing power that allows for more complex decision making — is sharing its data with Digit long before it is deployed. When Digit “wakes up,” it already knows where it is in the world. And if Digit runs into trouble, it can communicate with the idling AV for that extra perception and decision-making prowess.

This solves what Agility CEO Damion Shelton describes as a “classic robotics problem,” of helping the robot know where it is when it wakes up from its sleep state.

“If you know you’re riding around in the vehicle with a clear view of your entire surroundings, it’s a lot easier to get up and move around,” Shelton explained. “That’s really how we’re viewing the primary purpose of this beta exchange; to help the robot be aware of its surroundings, so that you don’t go through this sort of boot up process where the robot gets out of the car and is confused for the first 30 seconds it’s turned on.”

Agility’s Digit robot isn’t the only option Ford is experimenting with to solve that vehicle-to-doorstep problem, Washington said. However, Washington did note that the two-legged robots do have certain advantages, like the ability to step over cracks in the sidewalk and walk up stairs, that can be problematic for wheeled robots. 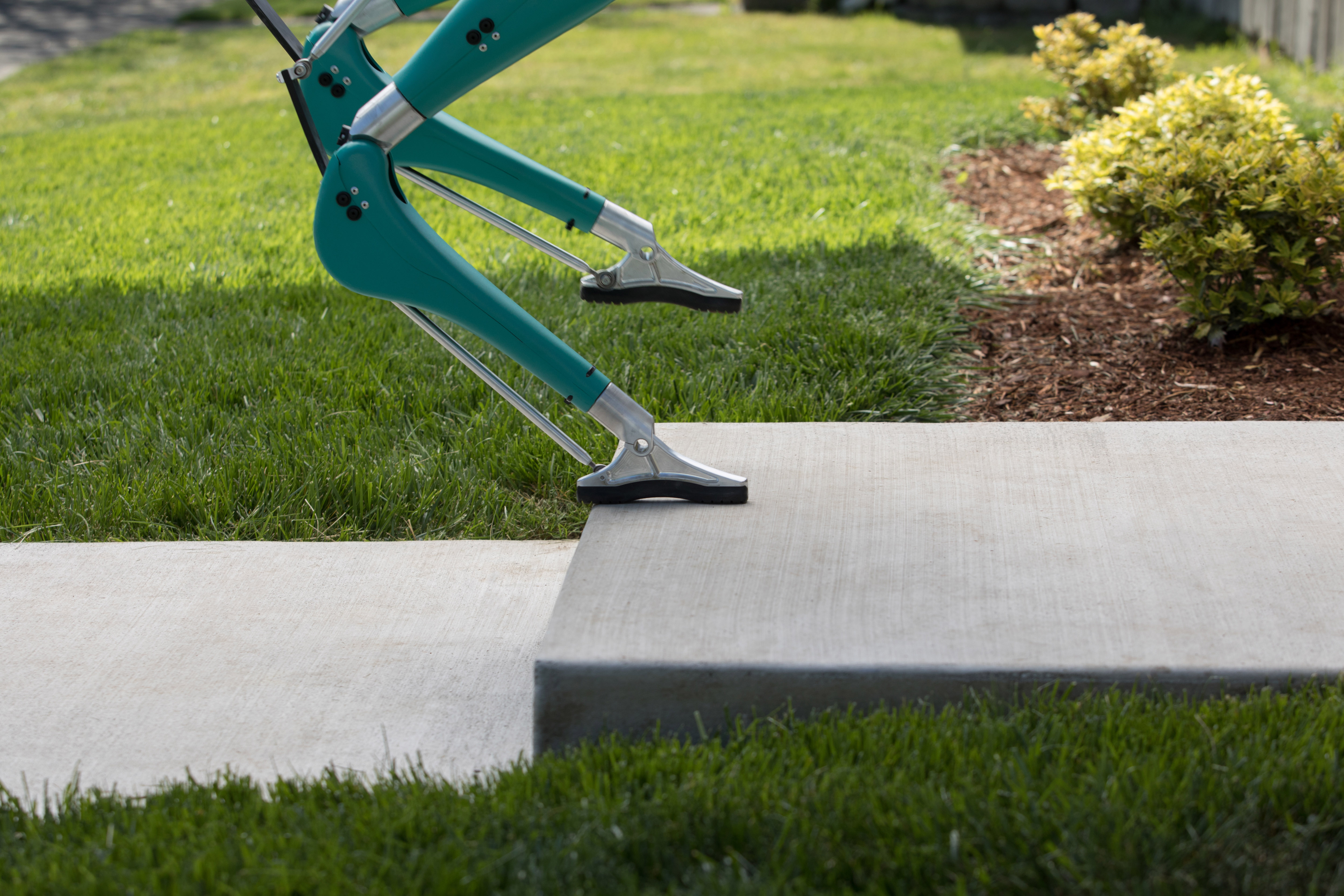 Ford and Agility’s agreement is categorized as a research project, for now. Ford has not taken an equity stake in Agility, Washington said, although he quickly added “that doesn’t mean we’re not open to it at some point.”

For Agility, this project is a turning point — or certainly an acceleration — of its very new business. The robotics startup spun out of Oregon State University in late 2015 with an aim to commercialize research on bipedal locomotion from the Dynamic Robotics Laboratory. The company introduced its ostrich-inspired Cassie robot in 2017 as a bipedal research platform. Digit, which added an upper torso, arms, sensors and additional computing power to the Cassie design, was introduced in February 2019.

Agility has 20 employees, about half of whom support the construction of the robots. The company has raised nearly $8.8 million in capital from seed and Series A rounds. And now, with this latest partnership, Agility is prepping to raise another round to help it scale.

Agility has made two first-generation Digit robots. The company, which has offices in Albany, Ore. and Pittsburgh, plans to unveil the second-generation Digit in early summer. A third version of Digit — marking the final design of this bipedal robot — will likely come out in summer or early fall, Shelton said.

Agility will produce about six of these final versions of Digit. From here, Shelton estimated the company will have a steady state of production of about two Digits a month. Ultimately, Agility is on pace to make between 50 and 100 by 2021. 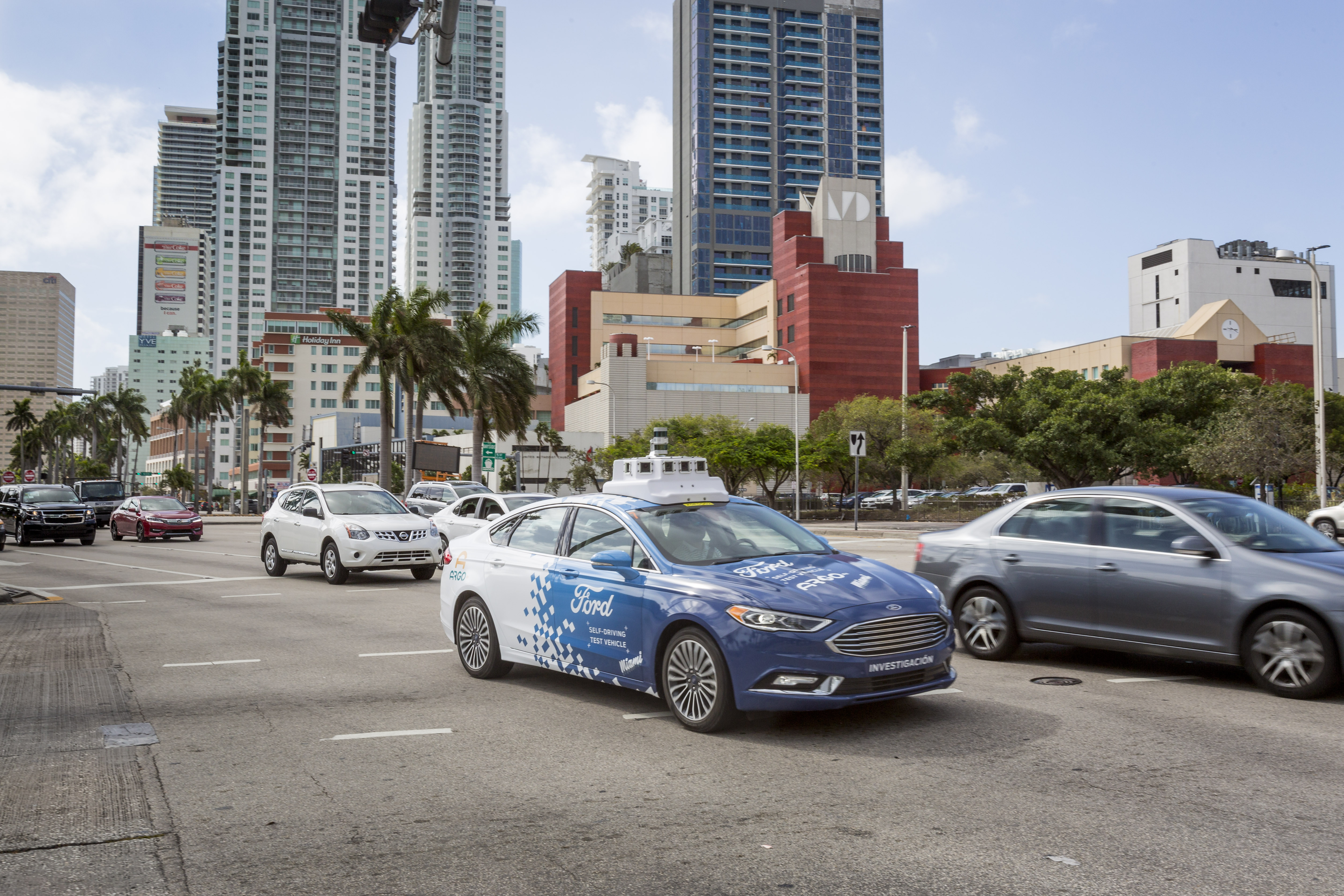 All of this research and experimentation is part of Ford’s eventual goal to launch a commercial robotaxi service. And that last 50 feet will be one of the critical hurdles it will need to overcome if it hopes to make self-driving vehicles a profitable enterprise. To prepare, the automaker is pursuing two parallels tracks — testing and honing how an AV business might operate, while separately developing autonomous vehicle technology through its subsidiary, Argo AI.

Argo AI, the Pittsburgh-based company into which Ford invested $1 billion in 2017, is developing the virtual driver system and high-definition maps designed for Ford’s self-driving vehicles. Meanwhile, Ford is testing its go-to-market strategy through pilot programs with local businesses, as well as large corporate partners like Walmart, Domino’s and Postmates.

Ford plans to spend $4 billion through 2023 under an LLC that’s dedicated to building out an autonomous vehicles business. The $4 billion spending plan includes a $1 billion investment in startup Argo AI.

Ford is testing in Detroit, Miami, Pittsburgh and Washington, D.C. and is poised to expand into Austin.