Facebook this morning announced a new initiative focused on using its data and technologies to help nonprofit organizations and universities working in public health better map the spread of infectious diseases around the world. Specifically, the company is introducing three new maps: population density maps with demographic estimates, movement maps and network coverage maps. These, says Facebook, will help the health partners to understand where people live, how they’re moving and if they have connectivity — all factors that can aid in determining how to respond to outbreaks, and where supplies should be delivered.

As Facebook explained, health organizations rely on information like this when planning public health campaigns. But much of the information they rely on is outdated, like older census data. In addition, information from more remote communities can be scarce.

By combining the new maps with other public health data, Facebook believes organizations will be better equipped to address epidemics.

The new high-resolution population density maps will estimate the number of people living within 30-meter grid tiles, and provide insights on demographics, including the number of children under five, the number of women of reproductive age, as well as young and elderly populations. These maps aren’t built using Facebook data, but are instead built by using Facebook’s AI capabilities with satellite imagery and census information.

Movement maps, meanwhile, track aggregate data about Facebook users’ movements via their mobile phones (when location services are enabled). At scale, health partners can combine this with other data to predict where other outbreaks may occur next. 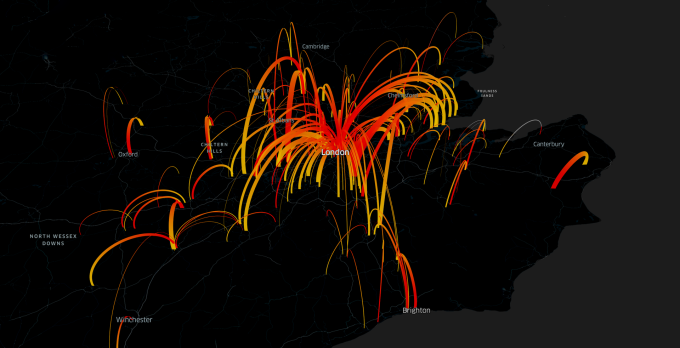 Above: movement maps of London and surrounding areas

And network coverage maps help to show where people can be reached with online messages — like those alerting to vaccination days or other health-related communications.

Of course, it’s hard to not overlook the irony involved of Facebook data and tech being used to help with outbreaks that, in some cases, Facebook had a hand in creating. The company for years allowed the spread of vaccine misinformation to spread across its network. Irresponsibly, it also allowed Facebook Pages and Groups that promoted vaccine skepticism or outright false claims to rank at the top of Facebook searches for related terms, like “vaccines.”

After time passed, it’s not surprising to find this spread of misinformation on Facebook and elsewhere resulted in measles outbreaks in the U.S. and abroad — a disease that had been eliminated as a major U.S. public health threat around 20 years ago. And despite repeated debunkings of false claims about the link between measles and autism by scientists, Facebook users — now feeling equipped by the internet to be experts on anything they can type into a search box — continued to spread misinformation at scale.

Once looped into the anti-vax communities, Facebook’s algorithms only further ensconced the skeptics into a world where only their opinions were correct, and they were surrounded by others who felt the same. This deepened their beliefs.

Today, the World Health Organization says vaccine hesitancy is now one of the biggest threats in global public health, citing the 30% increase in measles cases worldwide. 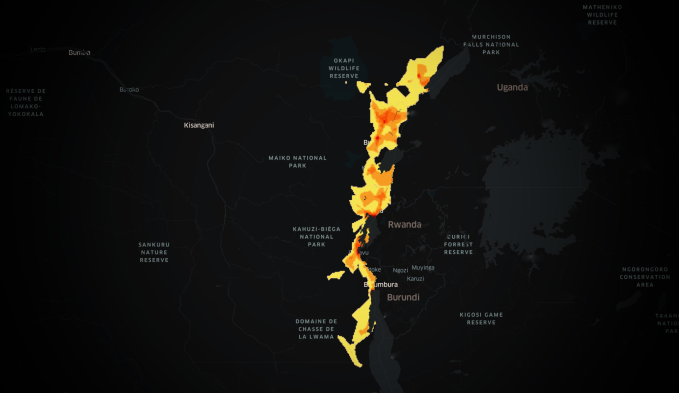 Facebook only recently announced a plan to curb the spread of vaccine misinformation on its platforms, following government inquiries. But the health crisis it helped create by way of inattention is already well underway.

Of course, vaccine-preventable diseases are only one of many crises (and potential crises) in public health, along with threats such as Ebola, antimicrobial resistance, influenza, dengue, HIV and many others. Access to more data can help health organizations in many areas.

This is not the first time Facebook has tapped its large data stores or other technologies to aid nonprofits and other researchers. The company has also provided aid organizations with anonymized location data for users in areas affected by disasters — including where people were marking themselves as safe, and where they were fleeing. In another humanitarian-related effort, Facebook has been working with AI to create population density maps, including most recently one showing the population of Africa.

“Epidemics pose a growing threat to lives and livelihoods,” said Vanessa Candeias, head of Shaping the Future of Health and Healthcare at the World Economic Forum, in a Facebook announcement about the new maps. “Mitigating their risk and impact requires every tool in the toolbox.”