This week, the new $100 million Statue of Liberty Museum opens in the shadow of one of America’s most iconic landmarks. The 26,000-square-foot space offers insights into the statue’s storied history, along with context for the majority of visitors who ultimately can’t make it inside the structure.

For those who don’t make it to Liberty Island at all, meanwhile, there’s the brand new Statue of Liberty app, which hits the iOS App Store today. Led by fashion designer Diane von Furstenberg, the Yap Studios-developed app offers myriad methods for bringing New York Harbor’s landmark to life. 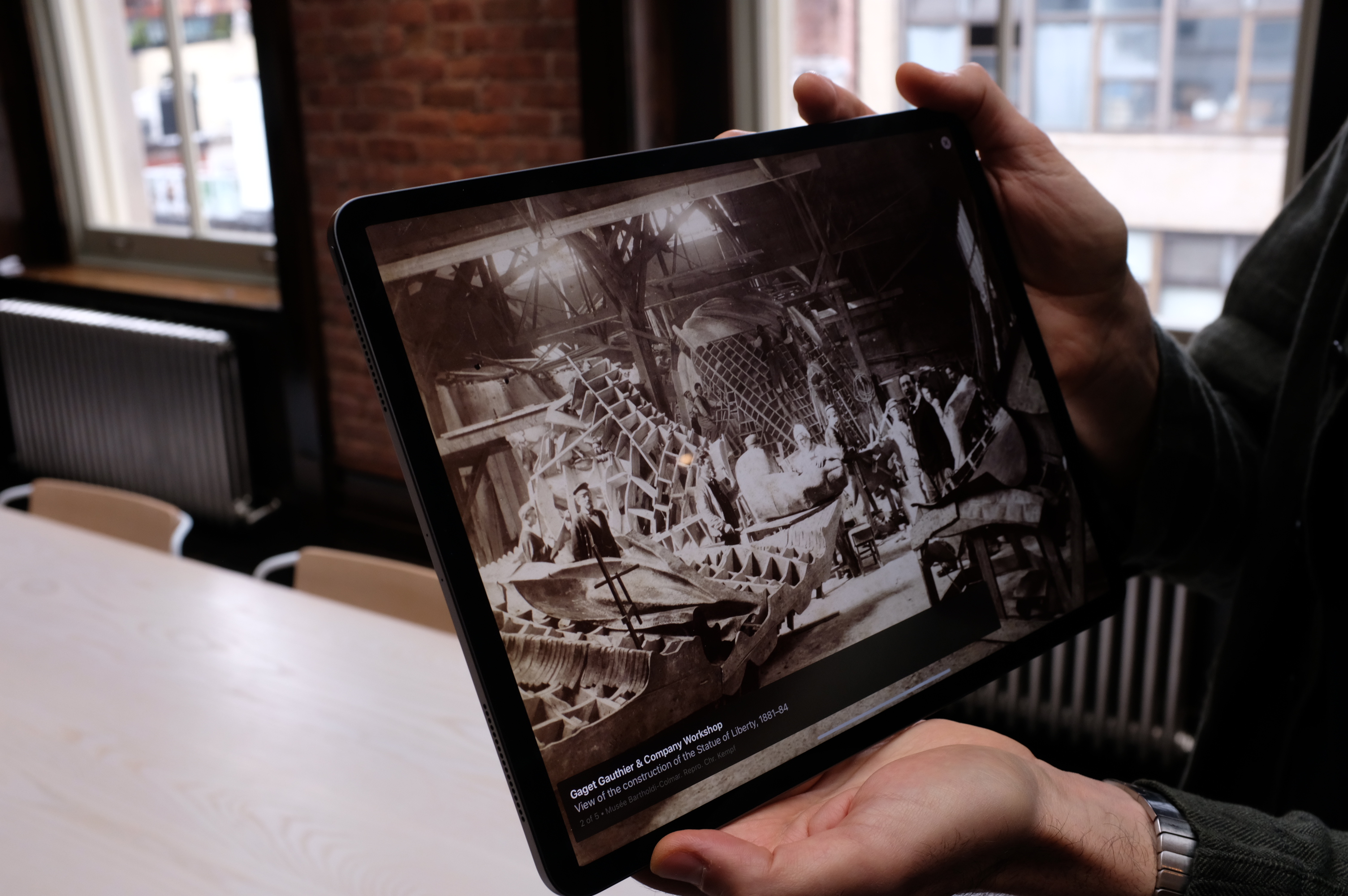 Augmented reality provides the most fundamental underlying experience. There are a handful of distinct AR experiences in the app designed to offer some insights into the size, scope and history of Lady Liberty for those who aren’t able to experience it first hand.

There’s a torch panorama view, which showcases the view of lower Manhattan. Users can also plop a life-size AR reproduction of the statue’s foot directly in front of them or witness a recreation of the making of the statue, glimpsing inside to its struts and watching its copper material develop the familiar green patina. 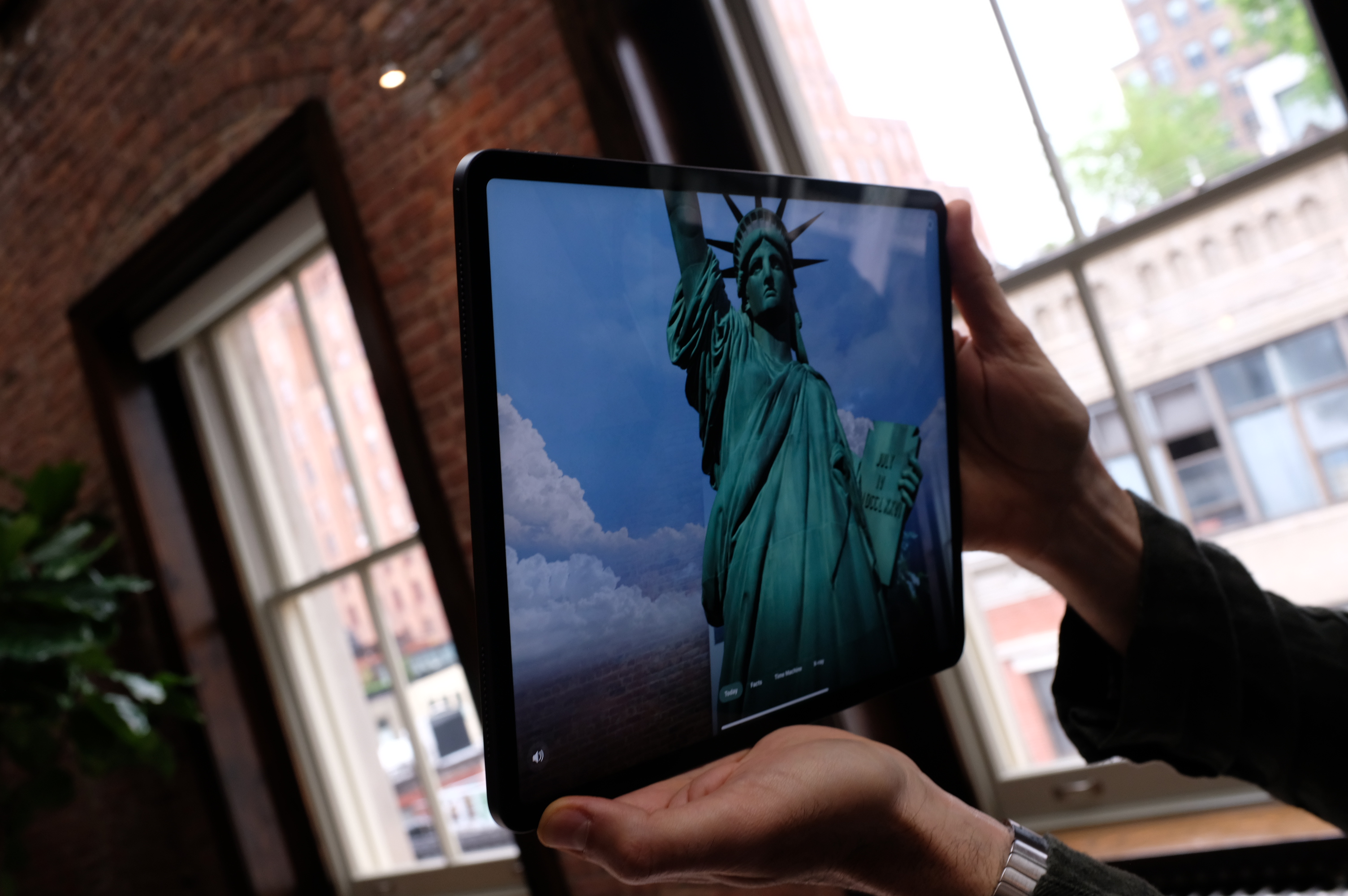 There’s an audio component, as well, including a three-part podcast mini-series narrated by von Furstenberg that explores some of the statue’s secret history. For those who end up visiting the island, there’s also a location-based audio tour in the app. Interestingly, Yap opted not to provide an in-person visual AR experience, though one could be coming down the road.

Meantime, the Statue of Liberty app is available now, only to iOS users.