The fire season is just a few weeks away here in California, and it’s expected to be worse than ever. But there’s a new plan in the works to help catch fires before they get out of control. Xprize is organizing a public competition for technology that can quickly find and extinguish wildland fires.

Announced by Gov. Gavin Newsom and Xprize founder Peter Diamandis on Friday at the Near Future Summit in San Diego, the competition will be open to any company and inventor in the world.

“It’ll be head-to-head between companies, and if one can detect and extinguish a fire in a repeatable fashion, then it becomes technology that every farm, every piece of land [can get],” Diamandis explained onstage. “Let’s reinvent what has been an old form of fire suppression — of people putting themselves in danger.”

Instead of the remote (and decaying) fire lookouts like the one that Jack Kerouac lived in on Desolation Peak, this wildland firefighter turned tech writer imagines Internet of Things devices and satellites helping to pick up even small smoke or heat trails, perhaps combined with some drones that can go dump precision-guided buckets of water.

Xprize competitions are designed to attract outside investment for new approaches to major problems, with its ambitious goals typically taking many years for anyone to win. So far, the nonprofit entity has successfully fostered results around space flight, healthcare and pollution cleanup, among many other areas. The fire prize is currently finding sponsors to support the full program and has already raised an initial half-million dollars in funding from Dick Merkin, the CEO of Heritage Provider Network, to develop the plan.

The problem that this prize addresses has only been getting more obvious. Climate change, urban sprawl into naturally burning ecosystems and an overly successful historical approach to limiting wildland fires have all contributed to bigger and more damaging conflagrations in recent decades.

Today, California is full of kindling-like new plant growth from the wet winter we just had, and it is just about dried out and ready to burn when the next lightning storm, mechanical spark, cigarette butt or willful arsonist shows up.

The winner of the prize will not be able to solve all of the bigger problems, of course, but detection and fast suppression will at least buy humans time to figure out the other parts while preventing much of the state from going up in smoke.

“Just since 2015 we’ve had 10 of the most destructive wildfires in California’s entire history,” Newsom highlighted. “You look at the last 24 months, all those headlines… We lost 139 lives to 16,600 wildfires. We lost over 32,000 structures in this state. [We’re] still trying to calculate the destruction in terms of costs. Just the debris removal costs currently in Paradise… are now close to $3 billion.”

Meanwhile, like much else in the state, firefighting infrastructure is stuck in the middle of last century. 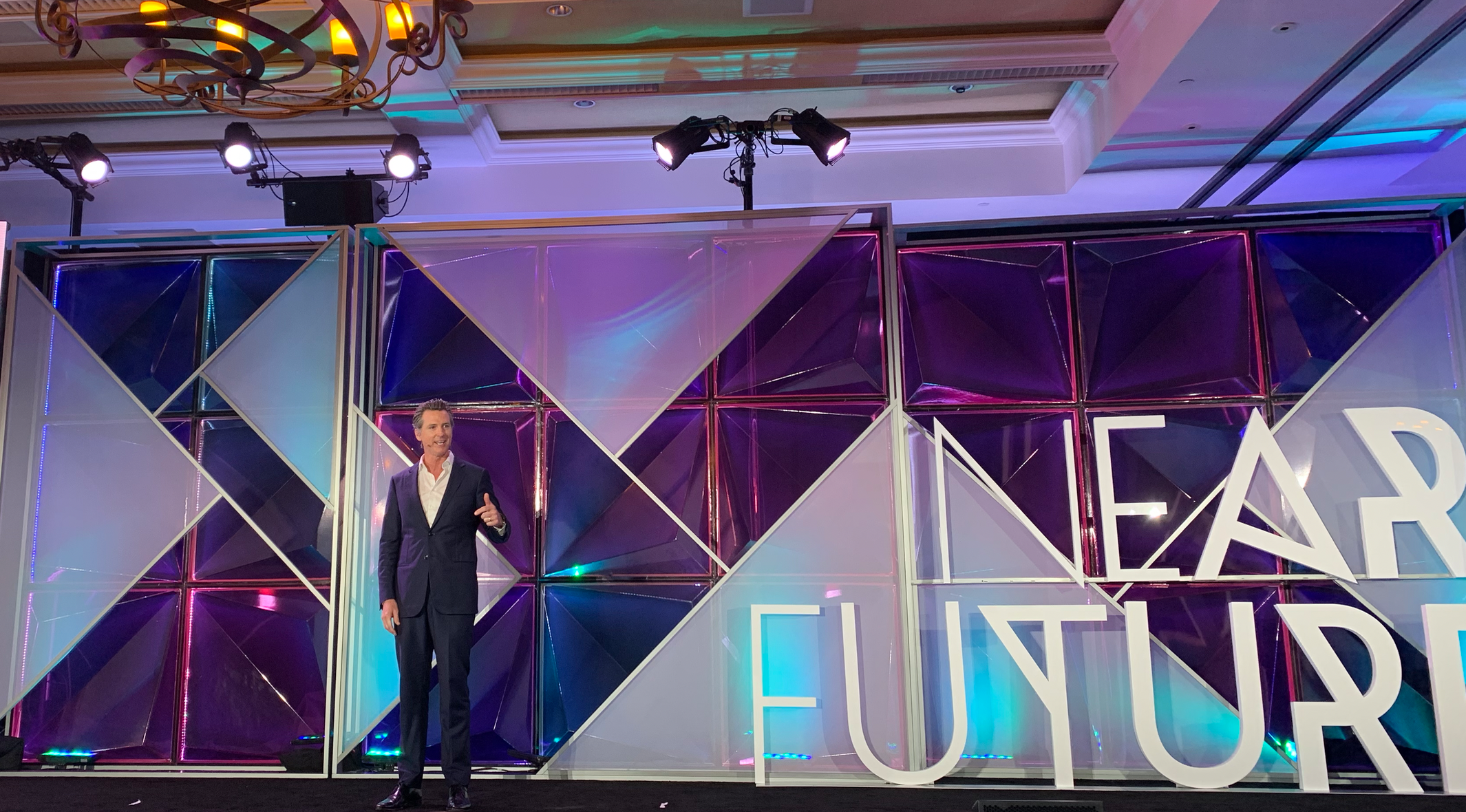 “I mean, we’re still trying to get old-time cameras out there in the forest,” Newsom continued. “We still have an analog 911 system in the state of California. We have 234 of these Cal Fire forest stations. Over half of them are more than 50 years old, or dilapidated, falling down. People can’t even be pre-positioned out there. It is hard to describe how antiquated we are in this response. The first responders do an extraordinary job, and the mutual aid from around the world is second to none. But we shouldn’t just be celebrating that heroism on the back end. We should be celebrating the heroism and ingenuity on the front end.”

Diamandis offered a few more ideas for what a successful prize competitor might offer.

“You should be able to say in this 500 acres of forest land, there should not be a fire over 10 times the size of a camp fire…. If something gets spotted by infrared by satellites, and drones, that is bigger than that, [then] put it out immediately. Autonomously. The concept is fire detection and extinguishing. Can we find it and put it out before it grows? How it gets put out, is it drones, is water cannons, who knows? That’s our hope, and our working with you, you got plenty of test facilities here.”

He and Newsom also highlighted the economic angles and the physical proximity of the problem, noting geographic areas like the East Bay Hills where (to my knowledge) some of the wealthy and tech-focused Near Future attendees live — which could help with fundraising for the prize.

“They’re not insuring folks in what they call this wildland urban interface any longer,” Newsom noted. “Eleven million Californians live in that wildland-urban interface. You’re seeing your deductibles go up, your premiums go up — or they’re simply not renewing it because they cannot absorb these losses anymore.”

The governor has also been busy debating other ways to plan against fires as he unveils his first state budget. The prize concept, which he has talked about before, is in this light a handy way to save taxpayer dollars, while potentially getting far better tools than the state could build or buy today. If successful, it could also produce solutions for the many other fire-prone parts of the world.