’90s kids will remember this. Final Fantasy VII, the game that busted JPRGs out of their niche and helped make the original PlayStation the must-have console of the generation, is, as we all know, being remade. But until today it wasn’t really clear just what “remade” actually meant.

The teaser trailer put online today is packed full of details, though of course they may change over the course of development. It’s exciting not just for fans of this game, but for those of us who prefer VI and are deeply interested in how that (superior) game might get remade. Or VIII or IX, honestly.

The trailer shows the usual suspects traversing the first main area of the game, Midgar. A mix of cutscenes and gameplay presents a game that looks to be more like Final Fantasy XV than anything else. This may be a bitter pill for some — while I doubt anyone really expected a perfect recreation of the original’s turn-based combat, XV has been roundly criticized for oversimplification of the franchise’s occasionally quite complex systems. 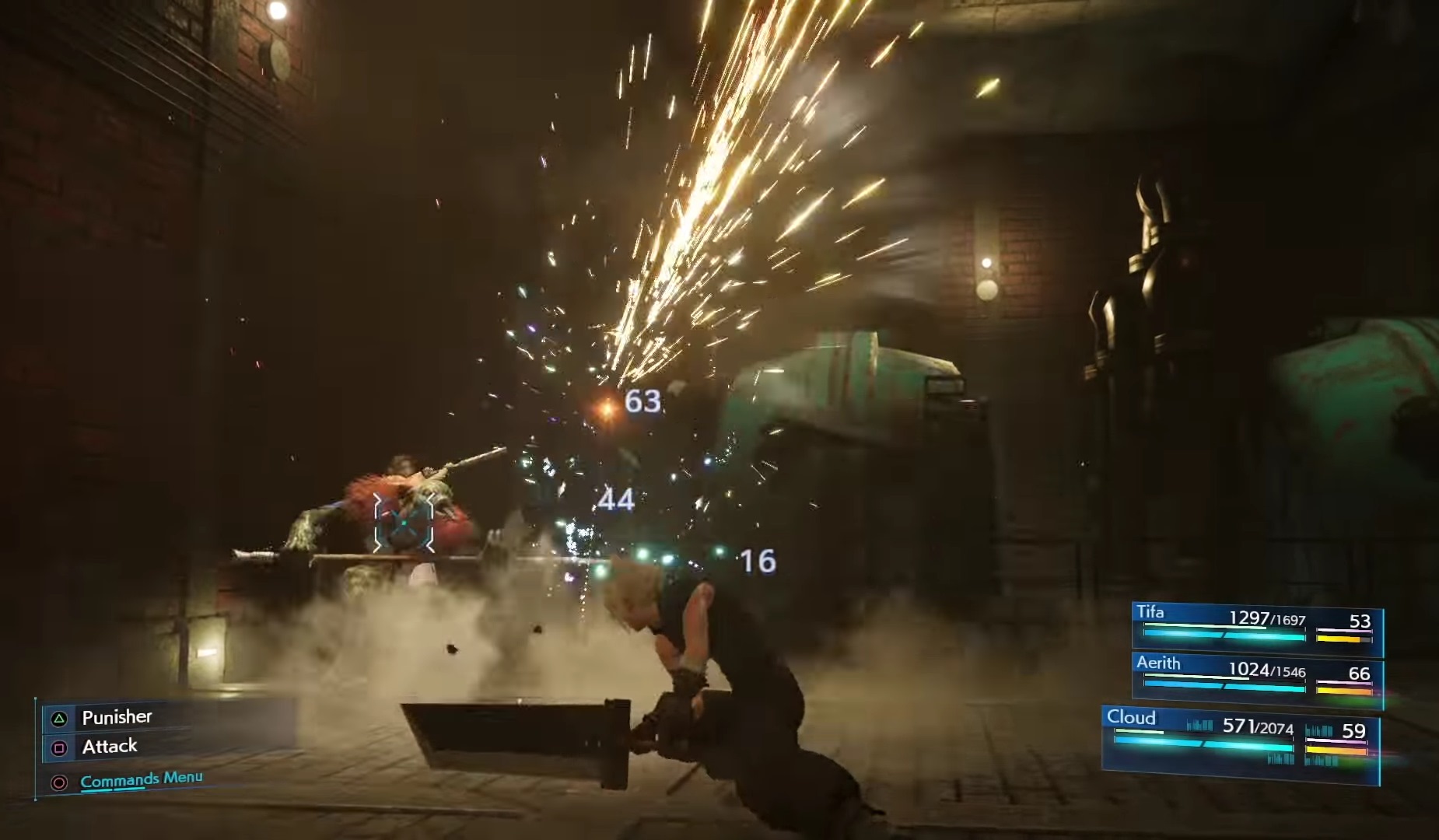 With a single button for “attack,” another for a special and the rest of the commands relegated to a hidden menu, it looks a lot more like an action RPG than the original. A playable Barret suggests the ability to switch between characters either at will or when the story demands. But there’s nothing to imply the hidden depths of, say, XII’s programmatic combat or even XIII’s convoluted breakage system.

But dang, does it look good. Aerith (not “Aeris” as some would have it) looks sweet, Cloud is stone-faced and genie-panted and Barret is buff and gruff, all as detailed and realistic as we have any right to expect. The city looks wonderfully rendered and clearly they’re not phoning in the effects.

It’s more than a little possible that the process for remaking VII is something that the company is considering for application to other titles (I can see going all the way back to IV), but with this game being the most obvious cash cow and test platform for it.

“More to come in June,” the video concludes.

Will we enter a gaming era rife with remakes preying on our nostalgia, sucking our wallets dry so we can experience a game for the 4th or 5th time, but with particle effects and streamlined menus? I hope so. Watch the full teaser below: