At the Open Infrastructure Summit, which was previously known as the OpenStack Summit, Canonical founder Mark Shuttleworth used his keynote to talk about the state of open-source foundations — and what often feels like the increasing competition between them. “I know for a fact that nobody asked to replace dueling vendors with dueling foundations,” he said. “Nobody asked for that.”

He then put a point on this, saying, “what’s the difference between a vendor that only promotes the ideas that are in its own interest and a foundation that does the same thing. Or worse, a foundation that will only represent projects that it’s paid to represent.”

It turns out, that’s only part of his misgivings about the current state of open-source foundations, though. I sat down with Shuttleworth after his keynote to discuss his comments, as well as Canonical’s announcements around open infrastructure.

One thing that’s worth noting at the outset is that the OpenStack Foundation is using this event to highlight that fact that it has now brought in more new open infrastructure projects outside of the core OpenStack software, with two of them graduating from their pilot phase. Shuttleworth, who has made big bets on OpenStack in the past and is seeing a lot of interest from customers, is not a fan. Canonical, it’s worth noting, is also a major sponsor of the OpenStack Foundation. He, however, believes, the foundation should focus on the core OpenStack project. 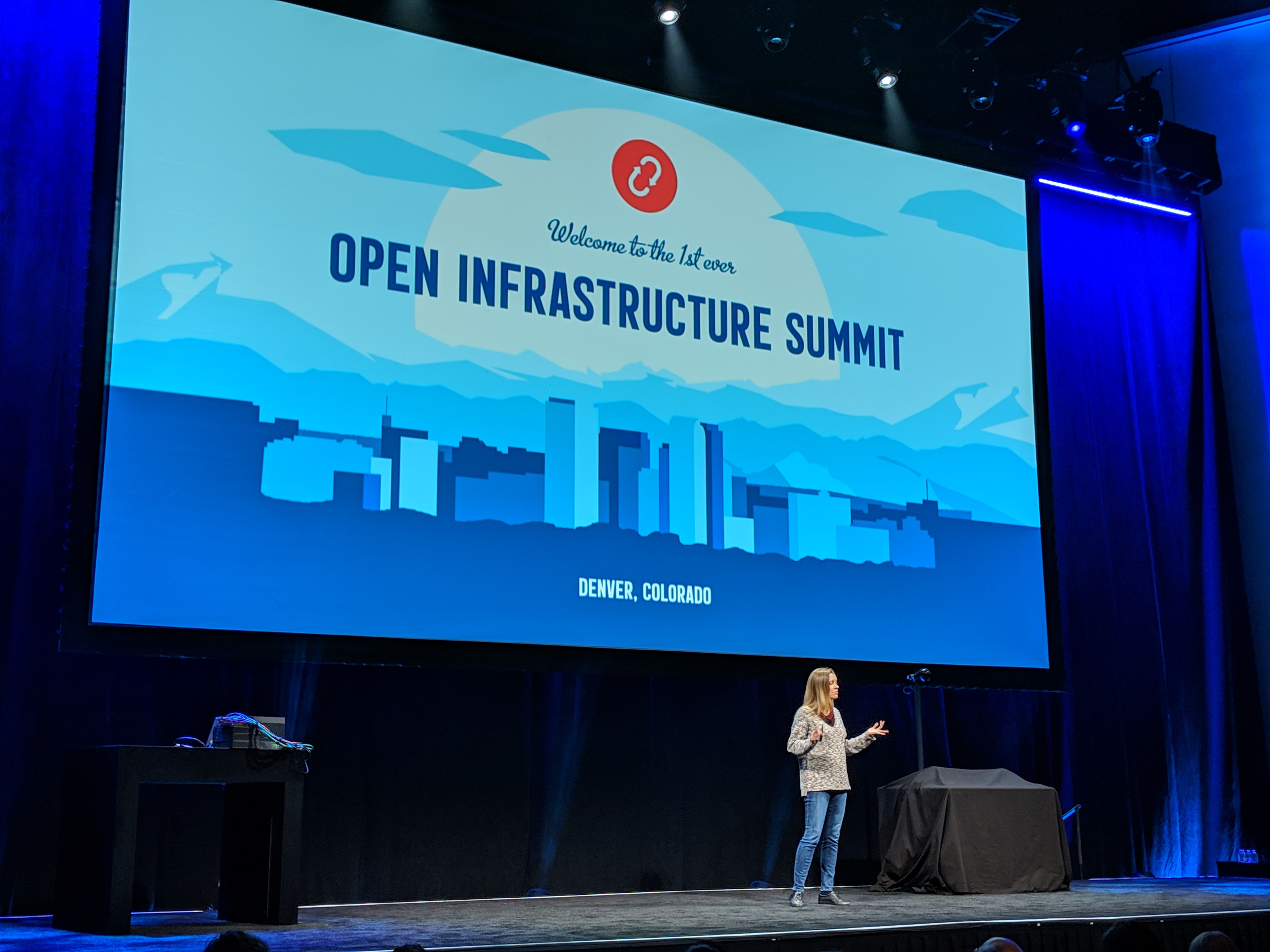 “We’re busy deploying 27 OpenStack clouds — that’s more than double the run rate last year,” he said. “OpenStack is important. It’s very complicated and hard. And a lot of our focus has been on making it simpler and cleaner, despite the efforts of those around us in this community. But I believe in it. I think that if you need large-scale, multi-tenant virtualization infrastructure, it’s the best game in town. But it has problems. It needs focus. I’m super committed to that. And I worry about people losing their focus because something newer and shinier has shown up.”

To clarify that, I asked him if he essentially believes that the OpenStack Foundation is making a mistake by trying to be all things infrastructure. “Yes, absolutely,” he said. “At the end of the day, I think there are some projects that this community is famous for. They need focus, they need attention, right? It’s very hard to argue that they will get focus and attention when you’re launching a ton of other things that nobody’s ever heard of, right? Why are you launching those things? Who is behind those decisions? Is it a money question as well? Those are all fair questions to ask.”

He doesn’t believe all of the blame should fall on the Foundation leadership, though. “I think these guys are trying really hard. I think the common characterization that it was hapless isn’t helpful and isn’t accurate. We’re trying to figure stuff out.” Shuttleworth indeed doesn’t believe the leadership is hapless, something he stressed, but he clearly isn’t all that happy with the current path the OpenStack Foundation is on either.

The Foundation, of course, doesn’t agree. As OpenStack Foundation COO Mark Collier told me, the organization remains as committed to OpenStack as ever. “The Foundation, the board, the community, the staff — we’ve never been more committed to OpenStack,” he said. “If you look at the state of OpenStack, it’s one of the top-three most active open-source projects in the world right now […] There’s no wavering in our commitment to OpenStack.” He also noted that the other projects that are now part of the foundation are the kind of software that is helpful to OpenStack users. “These are efforts which are good for OpenStack,” he said. In addition, he stressed that the process of opening up the Foundation has been going on for more than two years, with the vast majority of the community (roughly 97 percent) voting in favor.

OpenStack board member Allison Randal echoed this. “Over the past few years, and a long series of strategic conversations, we realized that OpenStack doesn’t exist in a vacuum. OpenStack’s success depends on the success of a whole network of other open-source projects, including Linux distributions and dependencies like Python and hypervisors, but also on the success of other open infrastructure projects which our users are deploying together. The OpenStack community has learned a few things about successful open collaboration over the years, and we hope that sharing those lessons and offering a little support can help other open infrastructure projects succeed too. The rising tide of open source lifts all boats.”

He also challenged the notion that if you just put a project into a foundation, “everything gets better.” That’s too simplistic, he argues, because so much depends on the leadership of the foundation and how they define being open. “When you see foundations as nonprofit entities effectively arguing over who controls the more important toys, I don’t think that’s serving users.”

When I asked him whether he thinks some foundations are doing a better job than others, he essentially declined to comment. But he did say that he thinks the Linux Foundation is doing a good job with Linux, in large parts because it employs Linus Torvalds. “I think the technical leadership of a complex project that serves the needs of many organizations is best served that way and something that the OpenStack Foundation could learn from the Linux Foundation. I’d be much happier with my membership fees actually paying for thoughtful, independent leadership of the complexity of OpenStack rather than the sort of bizarre bun fights and stuffed ballots that we see today. For all the kumbaya, it flatly doesn’t work.” He believes that projects should have independent leaders who can make long-term plans. “Linus’ finger is a damn useful tool and it’s hard when everybody tries to get reelected. It’s easy to get outraged at Linus, but he’s doing a fucking good job, right?”

OpenStack, he believes, often lacks that kind of decisiveness because it tries to please everybody and attract more sponsors. “That’s perhaps the root cause,” he said, and it leads to too much “behind-the-scenes puppet mastering.”

In addition to our talk about foundations, Shuttleworth also noted that he believes the company is still on the path to an IPO. He’s obviously not committing to a time frame, but after a year of resetting in 2018, he argues that Canonical’s business is looking up. “We want to be north of $200 million in revenue and a decent growth rate and the right set of stories around the data center, around public cloud and IoT.” First, though, Canonical will do a growth equity round.