Ivan Poupyrev, the technical projects lead at Google’s Advanced Technology and Projects division, just gave a TED talk that was simultaneously a presentation and a demo of new technology.

Poupyrev was showing off Jacquard, a device that allowed him to use the sleeve of his jacket as a controller for his presentation slides. Google has talked about this work before, and there’s even a $350 Levi’s jacket available for purchase.

But today, Poupyrev actually used Jacquard to control his presentation, and laid out the vision behind the project. Although it didn’t quite work at first, once Poupyrev fixed things backstage and restarted his presentation, he could swipe forward on his sleeve to advance the presentation, or swipe back and revisit the previous slide.

Poupyrev didn’t offer many details about the Jacquard device itself, but he said it can be connected to clothing and other objects with just “a few electrodes,” and that it can recognize the object and then “reconfigure itself” to offer the right kinds of interaction.

The device he held up onstage was small and grey — I could have mistaken it for the key fob that I used to swipe into my old apartment. According to Poupyrev’s website, Jacquard also involves a conductive thread that can be woven on a standard loom. 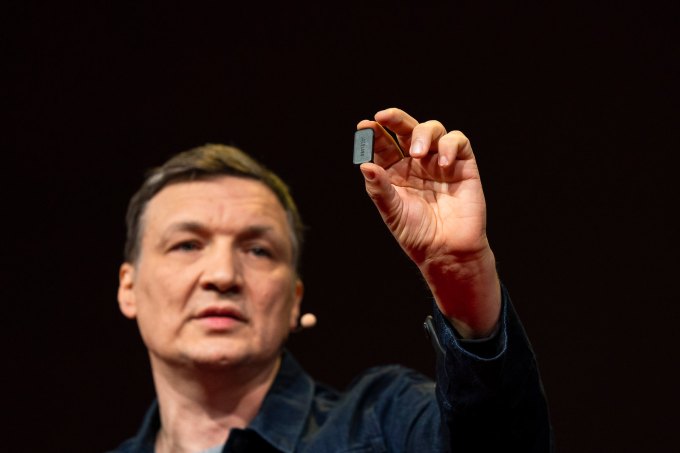 Why would you want to control a presentation from your jacket sleeve? Poupyrev (who’s also worked as a researcher for Walt Disney Imagineering and Sony) described our current options for computer interaction as “disappointing,” so he’s been looking to “hack into the things you use every day and make them interactive.”

“We need to make technology that changes makers of things into makers of smart things,” he said.

As these everyday objects become more interactive and connected, Poupyrev said it’s important to avoid fragmentation: “We have to create a single computing platform, which powers all those things.” In his view, the cloud is that platform, with Jacquard serving as the connection between everyday objects and the cloud.

Poupyrev suggested that Google could give Jacquard tags to manufacturers to incorporate into their products. It’s rolling out first through the aforementioned partnership with Levi’s, and Poupyrev was wearing a Jacquard-powered Levi’s jean jacket onstage.

“This jacket I’m wearing can control my mobile phone and presentation, but it remains a jacket,” he said. In other words, you can add new interactivity to clothing or furniture without interfering with their core function — just as a smartphone can now browse the internet, take photos, install apps and more, while still allowing you to make phone calls. 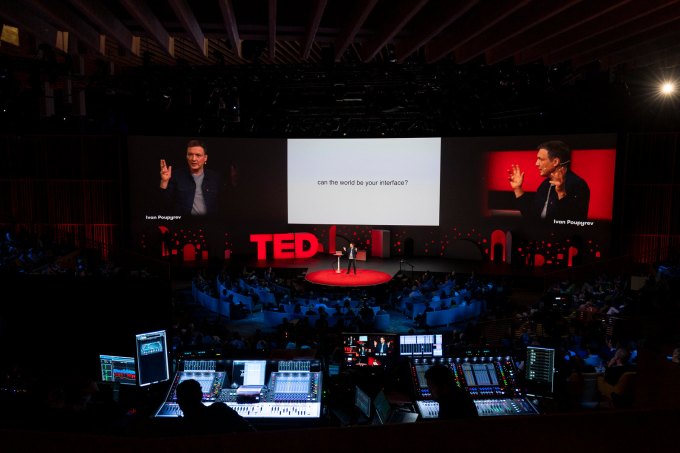 “We would like to let people who make those things — artists and engineers, brands and craftsmen — to imagine and create this new world where things are connected, where you don’t need keyboards and screens and mouses to interact with a computer,” he said.

After the presentation, TED’s Chris Anderson joined Poupyrev onstage. Anderson sounded impressed by the demo, but he also pointed out that it could “terrify some people,” since it potentially creates “the biggest ever surveillance network” for Google or another company.

When asked why Google would bring such a device to market, Poupyrev said, “I’m not a businessman, I’m a researcher.” Anderson pressed him on whether there needs to be “some kind of contract” ensuring that this data isn’t abused, to which Poupyrev replied, “I completely agree.” He said that in Google’s initial partnerships, “the data is completely locked in.”

“We’re trying to figure out what exactly are we going to do with this data,” he said. “We’re sensitive to this particular concern.”