KZen is about to release ZenGo, a mobile app to manage your cryptocurrencies securely and more easily. There are already countless crypto wallets out there, but the startup thinks they’re all either too complicated or too insecure.

If you own cryptocurrencies, chances are they’re sitting on an exchange, such as Coinbase or Binance. If somebody manages to log in to your account, nothing is stopping them from sending those assets to other wallets and stealing everything.

Vitalik Buterin: “I definitely hope centralized exchanges go burn in hell as much as possible”

On the other end of the spectrum, you can manage your private keys yourself and rely on a hardware wallet from Ledger and Trezor. The learning curve is too hard for many people. And if you don’t follow instructions properly, you might end up losing access to your wallet or accidentally sharing private keys.

Enough about other wallets, let’s talk about ZenGo . Former TechCrunch editor Ouriel Ohayon and his team think the perfect wallet app involves a smartphone you own paired with ZenGo’s servers. 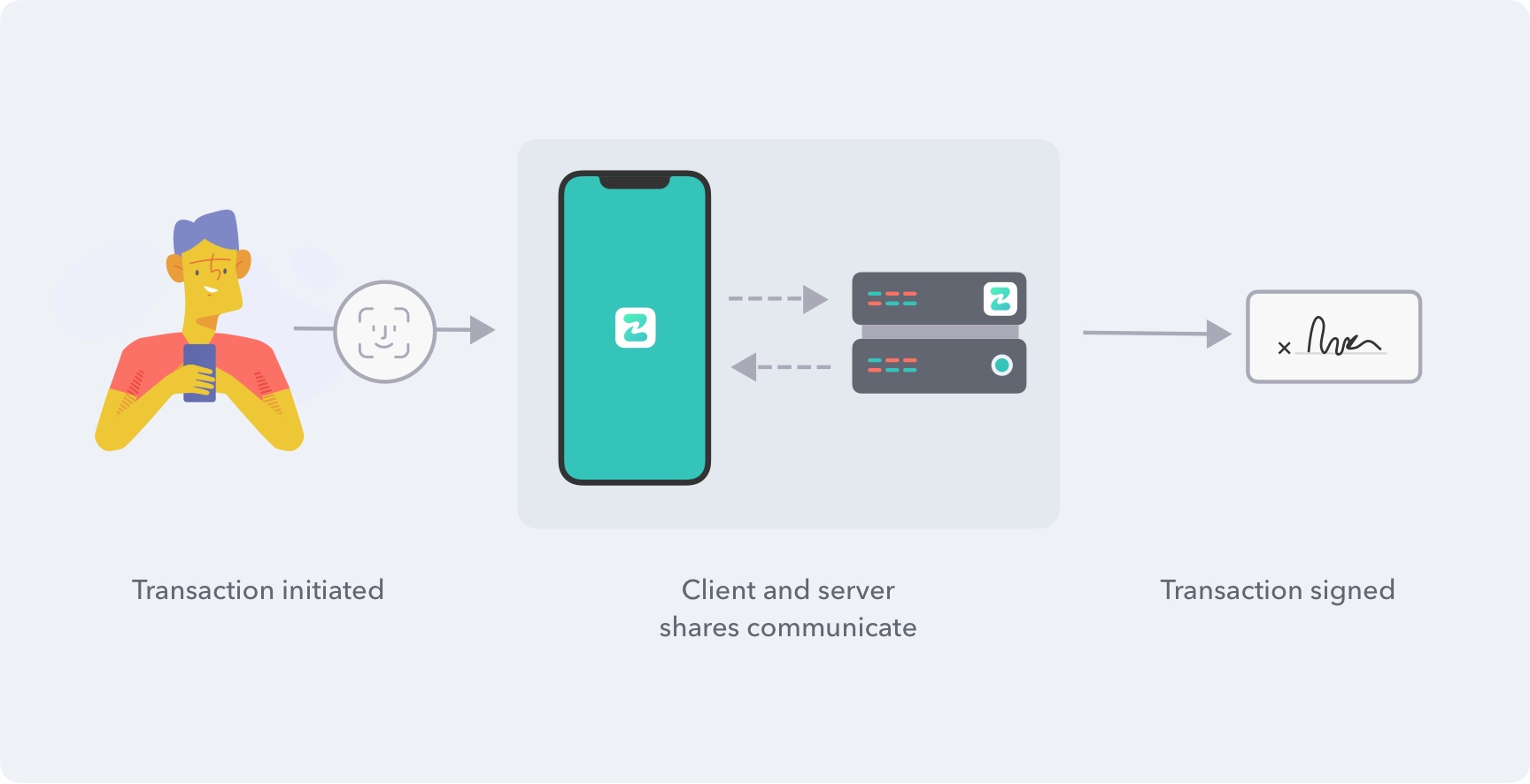 The company uses threshold signatures, which means that you need both ZenGo’s servers and your smartphone to initiate a transaction. If you lose your device, you can recover your funds. But the startup can’t access your cryptocurrencies on its own.

Behind the scene, ZenGo still uses a public key and private secrets, but everything is completely transparent for the end user.

When you set up your wallet, two private secrets are generated separately and stored in multiple ways — one part is on your smartphone, the other is on the servers. You need both parts to sign a transaction. If you back up your device part to ZenGo’s servers, you can recover all parts in case you lose your device, for instance.

ZenGo can’t directly access the second part on its own because it is encrypted using a decryption code that is stored on your iCloud account. But accessing your iCloud is not enough — if you want to recover your wallet, you need to prove your identity.

That’s why the company stores a 3D biometric face map to let you restore your wallet on a new device. The company partners with ZoOm so that you can create a face map from any smartphone with a selfie camera. 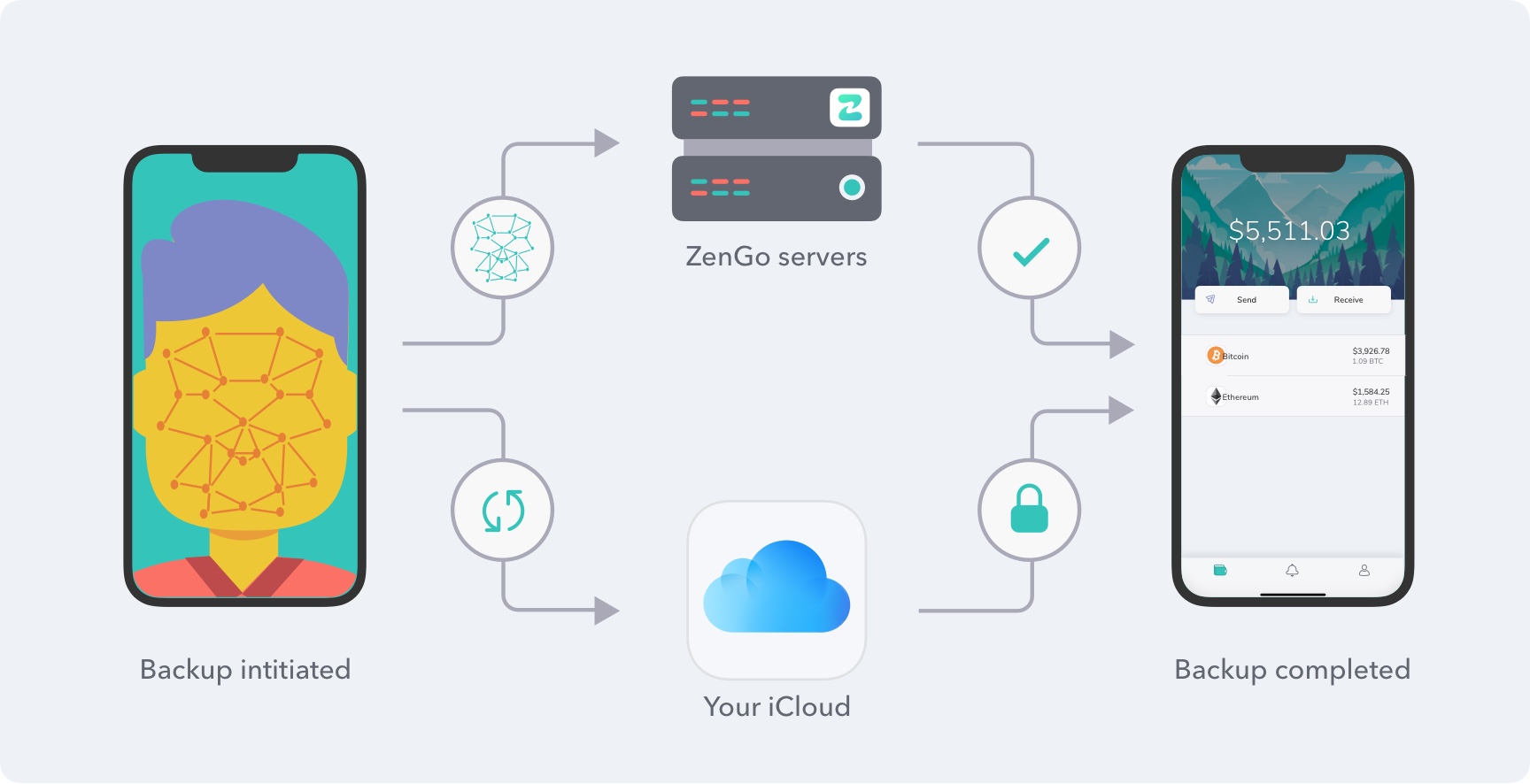 The security model has been open-sourced and I hope many security experts will try to find vulnerabilities. That’s the only way you can know for sure that it’s a secure system.

All of this sounds complicated, but most users won’t even realize what’s happening. I tried the app and it’s a well-designed mobile app. Right now, it only supports Bitcoin and Ethereum, but more assets are on the way. The company tracks your public addresses to notify you when you receive funds.

The app isn’t available just yet. It should launch as a beta this week and arrive in the stores pretty soon. 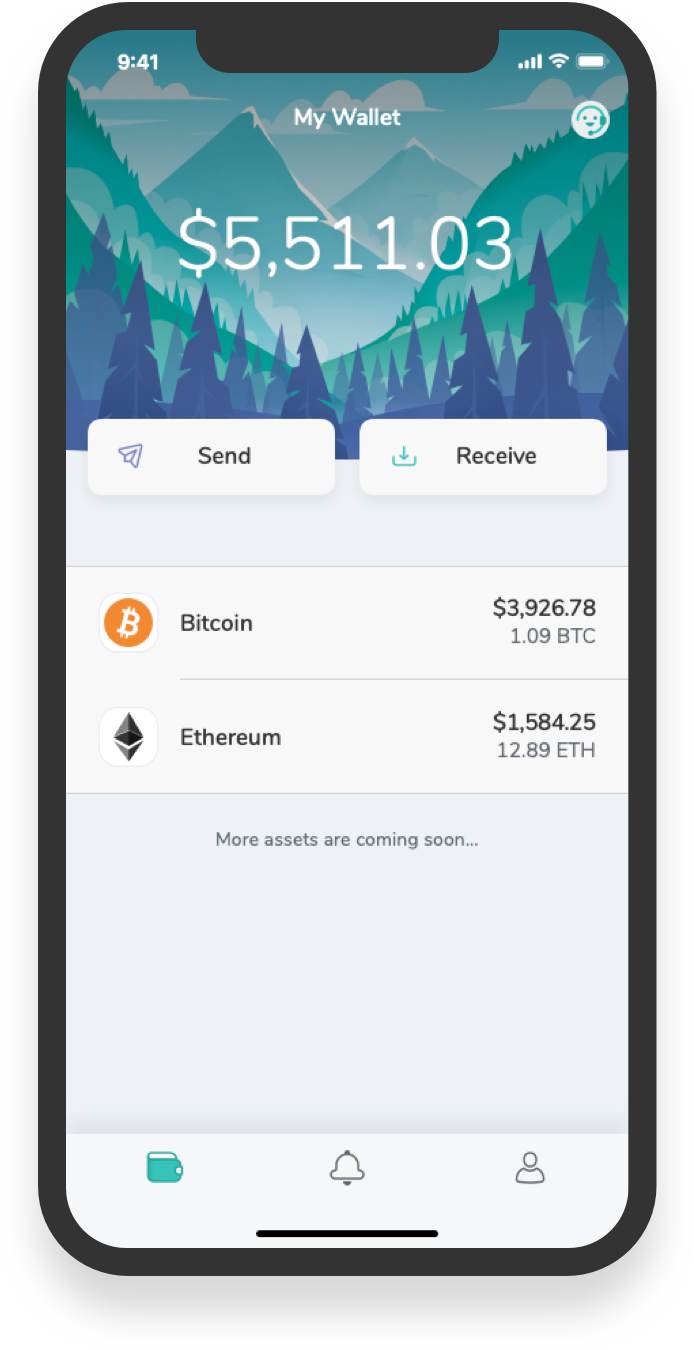