Every engineer deserves a clear growth path so they can understand, plan, and execute on meaningful career growth. Providing a framework for this growth (we call ours a competency matrix; it’s also known as a career ladder, or professional development ladder) is important work, and the responsibility of any organization that wants to nurture and grow its employees.

Back at the beginning of 2018, we had 32 developers and a plan to double throughout the year, we already had a competency matrix, but it was woefully outdated. It focused on our more junior levels, maxing out at a level which some developers had already reached. It was also misaligned with the skills our organization had grown to value, which meant in practice, we often ignored it. It was time for a re-design.

Building a new competency matrix was a learning process, and a lengthy one, taking about eight months to complete. Along the way we discovered things we valued, as well as what the keys steps to building a career ladder are (and which ones are wasteful). While every matrix is different, and will reflect the values of the organization that wrote it, the process of producing a succinct career ladder to guide your team is consistent.

When we published our new Engineering competency matrix in December, we received many emails from teams saying they were working on similar systems. Because of this feedback, I want to share the steps we went through, and the lessons we learned, to help teams reach a productive conclusion with much less waste, and in much shorter time, than trying to figure it out from scratch.

If you want to provide your employees and reports with a clear, agreed-upon and well-defined path for growth within your organization, then this is for you. 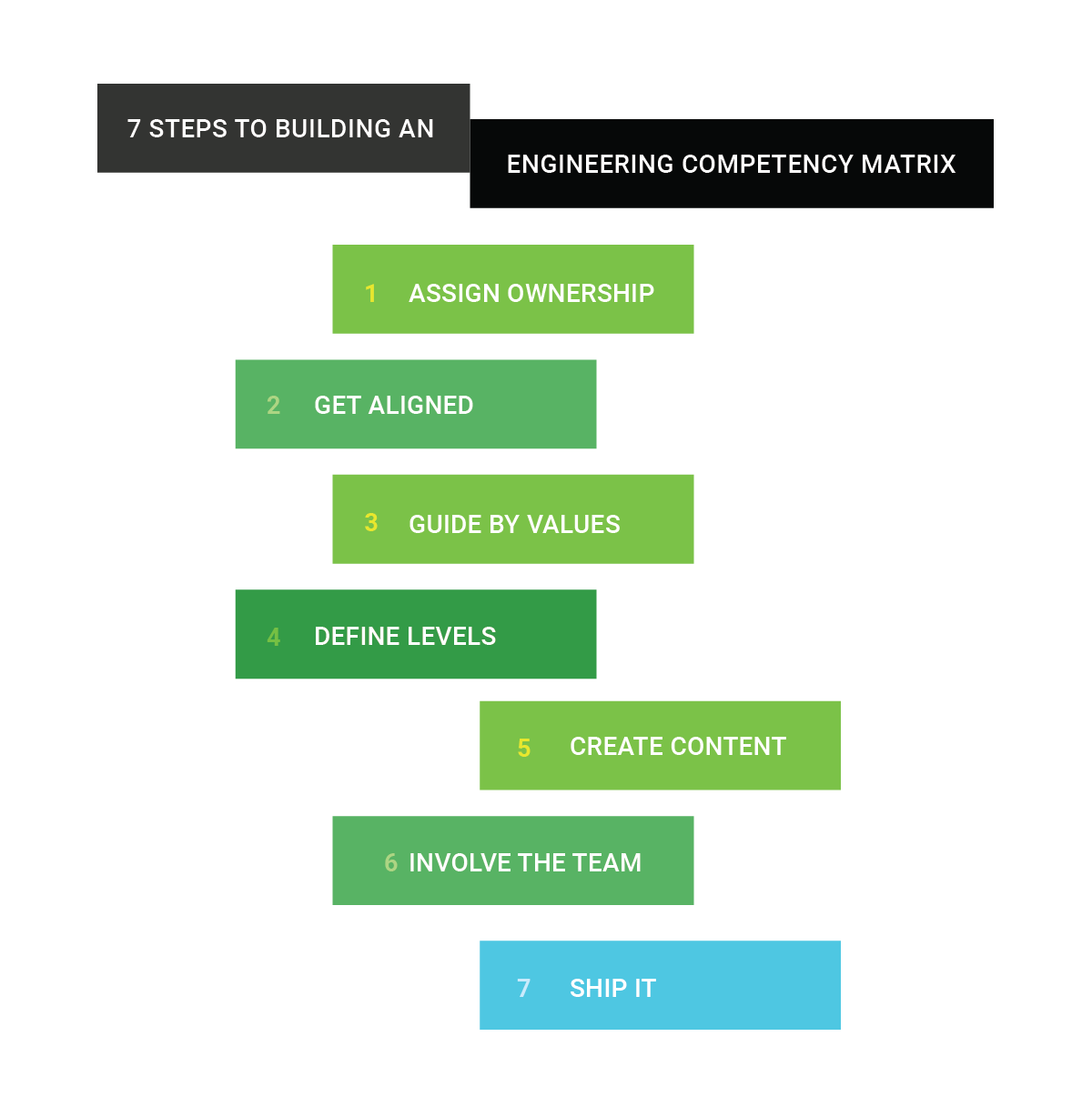 In retrospect, this was the biggest factor in our lengthy redesign process. I had initially taken on this project as one of my many side projects. The only time I had to dedicate to the matrix were early mornings, late nights, and weekends. This was a passion project for me, and I loved working on it, but I was not able to give it the care it needed.