Google today announced that it has partnered with a number of top open-source data management and analytics companies to integrate their products into its Google Cloud Platform and offer them as managed services operated by its partners. The partners here are Confluent, DataStax, Elastic, InfluxData, MongoDB, Neo4j and Redis Labs.

The idea here, Google says, is to provide users with a seamless user experience and the ability to easily leverage these open-source technologies in Google’s cloud. But there is a lot more at play here, even though Google never quite says so. That’s because Google’s move here is clearly meant to contrast its approach to open-source ecosystems with Amazon’s. It’s no secret that Amazon’s AWS cloud computing platform has a reputation for taking some of the best open-source projects and then forking those and packaging them up under its own brand, often without giving back to the original project. There are some signs that this is changing, but a number of companies have recently taken action and changed their open-source licenses to explicitly prevent this from happening. 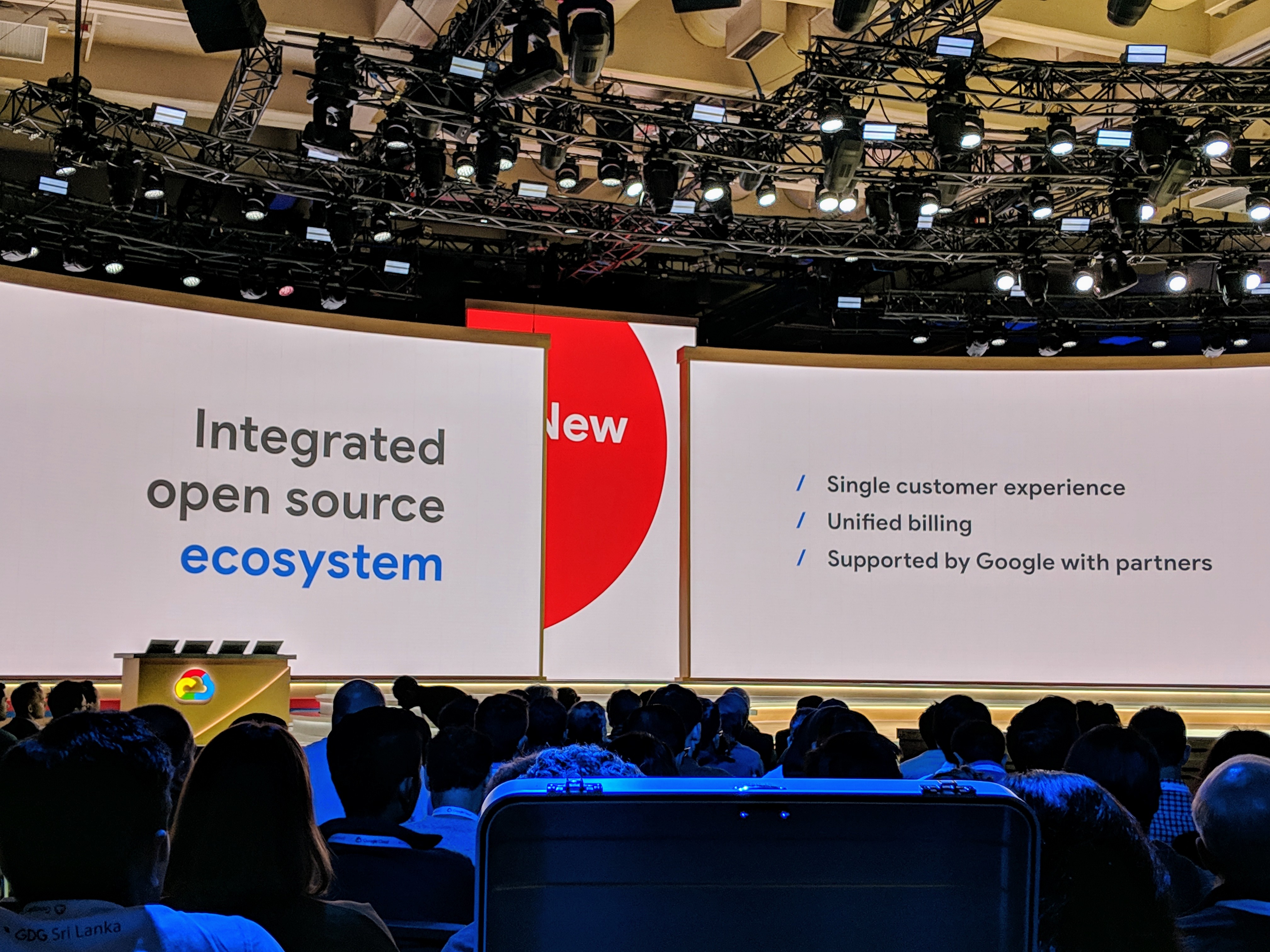 That’s where things get interesting, because those companies include Confluent, Elastic, MongoDB, Neo4j and Redis Labs — and those are all partnering with Google on this new project, though it’s worth noting that InfluxData is not taking this new licensing approach and that while DataStax uses lots of open-source technologies, its focus is very much on its enterprise edition.

“As you are aware, there has been a lot of debate in the industry about the best way of delivering these open-source technologies as services in the cloud,” Manvinder Singh, the head of infrastructure partnerships at Google Cloud, said in a press briefing. “Given Google’s DNA and the belief that we have in the open-source model, which is demonstrated by projects like Kubernetes, TensorFlow, Go and so forth, we believe the right way to solve this it to work closely together with companies that have invested their resources in developing these open-source technologies.”

So while AWS takes these projects and then makes them its own, Google has decided to partner with these companies. While Google and its partners declined to comment on the financial arrangements behind these deals, chances are we’re talking about some degree of profit-sharing here.

“Each of the major cloud players is trying to differentiate what it brings to the table for customers, and while we have a strong partnership with Microsoft and Amazon, it’s nice to see that Google has chosen to deepen its partnership with Atlas instead of launching an imitation service,” Sahir Azam, the senior VP of Cloud Products at MongoDB told me. “MongoDB and GCP have been working closely together for years, dating back to the development of Atlas on GCP in early 2017. Over the past two years running Atlas on GCP, our joint teams have developed a strong working relationship and support model for supporting our customers’ mission critical applications.” 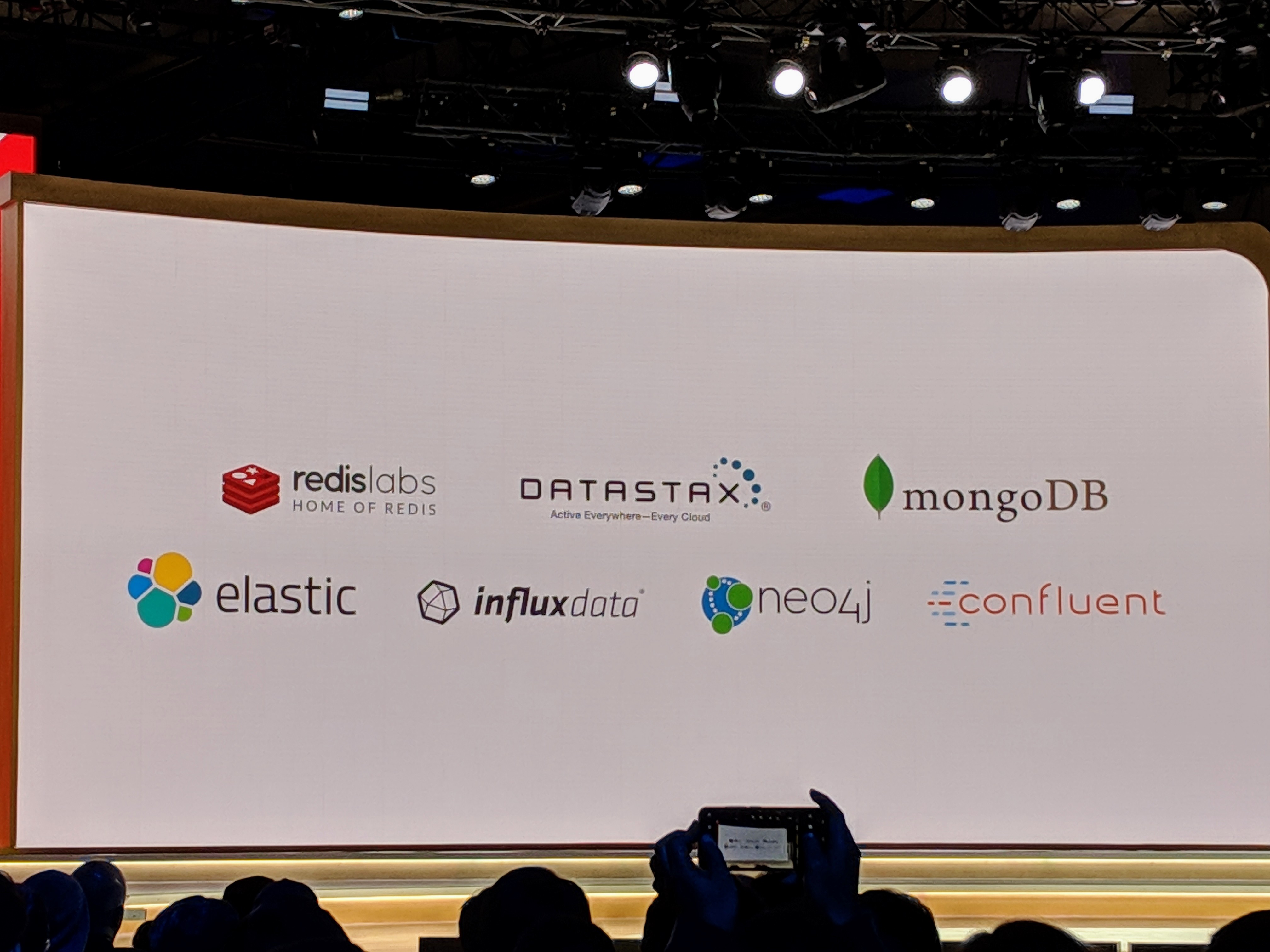 As for the actual functionality, the core principle here is that Google will deeply integrate these services into its Cloud Console; for example, similar to what Microsoft did with Databricks on Azure. These will be managed services and Google Cloud will handle the invoicing and the billings will count toward a user’s Google Cloud spending commitments. Support will also run through Google, so users can use a single service to manage and log tickets across all of these services.

Redis Labs CEO and co-founder Ofer Bengal echoed this. “Through this partnership, Redis Labs and Google Cloud are bringing these innovations to enterprise customers, while giving them the choice of where to run their workloads in the cloud, he said. “Customers now have the flexibility to develop applications with Redis Enterprise using the fully integrated managed services on GCP. This will include the ability to manage Redis Enterprise from the GCP console, provisioning, billing, support, and other deep integrations with GCP.”