Crypto has a new unicorn after exchange Liquid announced today it has raised capital from investors at a valuation of more than $1 billion as it goes after expansion opportunities.

The company said the capital will be put to work expanding into new markets and offering new services, including — potentially — a platform for security tokens.

Liquid isn’t commenting in much detail about this new financing, but here’s what we do know: it’s the first close of an undisclosed Series C round that remains ongoing. The company named two investors that are already in, they are IDG Capital — which includes exchange KuCoin, wallet Imtoken and Coinbase among its crypto portfolio — and Bitmain, the Bitcoin mining giant that recently put off a potential IPO in Hong Kong.

“This round will be purely strategic,” he said in an interview. “We want to get traditional, mainstream [investors] on board.”

Kayamori said the company is making the round public to be transparent with regulators, but he declined to reveal exactly how much has been raised or the exact valuation. The announcement may well spur addition interest in the round from prospective investors.

This isn’t the first time that Liquid has visited public markets for capital. It has raised some $20 million from investors that include JAFCO, SBI, B Dash Ventures, Mistletoe and ULS Group. The company also held an ICO for Quoine, its parent company, which raised $100 million in 2017. The sale created Quoine’s Qash token and it meant that the company was the first Japan regulated exchange to run an ICO. Qash, which is ranked as the 102nd highest crypto token based on ‘coin market cap,’ was largely used to provide liquidity to the exchange.

The company has around 340 staff and offices in Japan, Singapore, Vietnam and the Philippines. One of Liquid’s key messages is that it is publicly in favor of regulation. The exchange doesn’t have anything like the same trading volume as the biggest players like Binance (which took in VC funding last year) — Coinmarketcap.com ranks it as the 60th largest exchange with $56 million traded in the last 24 hours; Binance stands third with $2.6 billion — but its focus on being regulatory compliant is likely what appeals to investors.

Indeed, Binance — a continued reference because it is widely acknowledged as the world’s biggest exchange — left Japan last year without being regulated, opting instead to locate its HQ in Malta. Liquid, however, is one of more than 10 exchanges that was licensed to operate in Japan, which is a large crypto trading market and the first country to regulate crypto significantly. 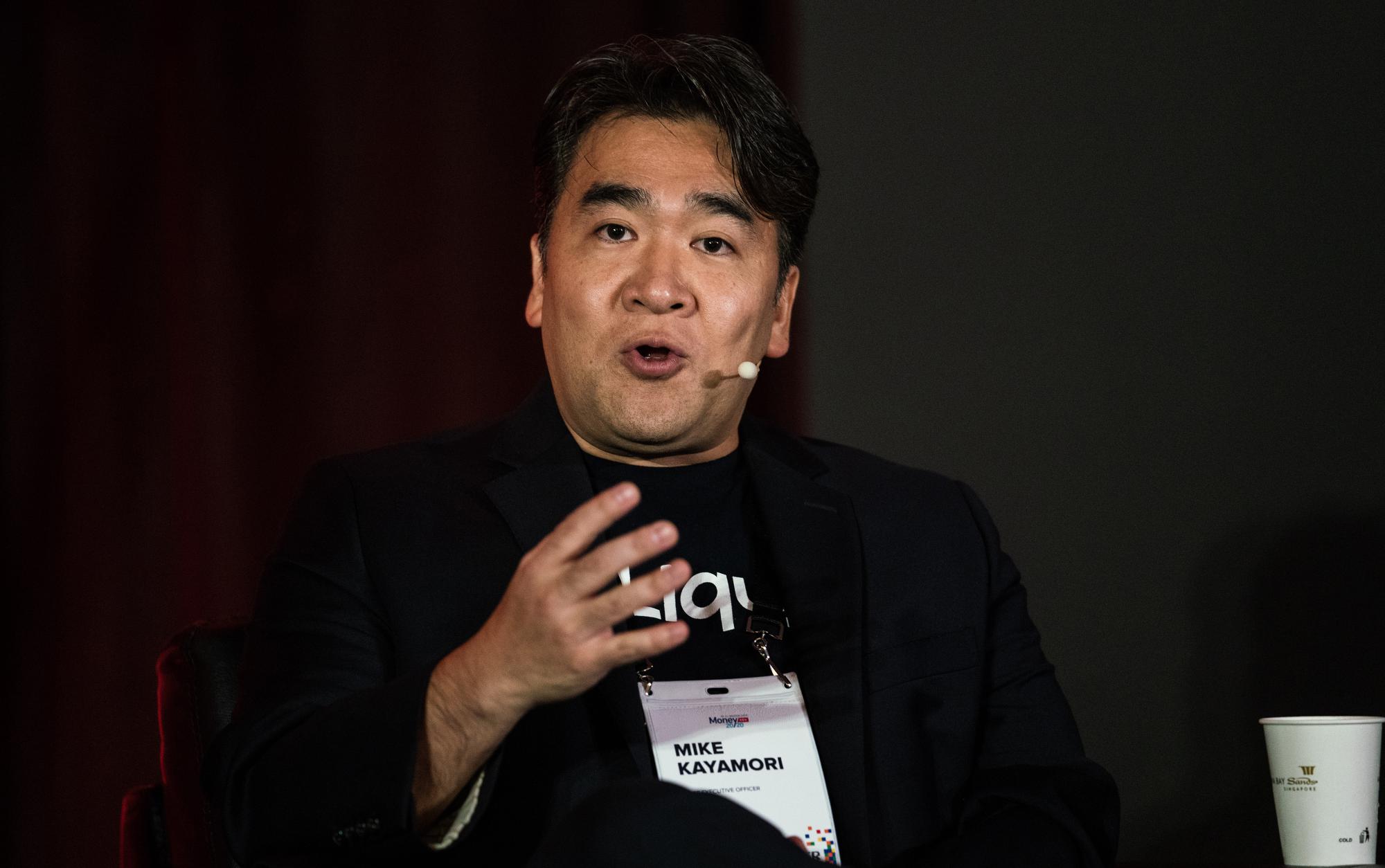 Liquid is planning to take its work in Japan and do the same in other markets. Singapore, where it has an office, is next on the list. Kayamori said the company “well through” on the process of getting a Capital Markets Services (CMS) license with plans to also apply for a virtual currency license. That would allow Liquid to offer a range of exchange services that could include derivatives, fiat currency ramps, security tokens, stablecoins and more, according to Kayamori.

That’s some way away for now, however, as Singapore is still finalizing its exchange regulation plans. But Kayamori expects that other markets in Southeast Asia, which are already working on regulation, will also become expansion opportunities for Liquid.

“We do it the right way… we want to work with regulators and banks,” he said. “We need to play where we’re strong and that’s Asia — we have a global strategy but we are focused on Asia right now.”

Aside from direct expansion, Kayamori said Liquid may explore acquisitions, investments or partnerships in markets, particularly in Asia, where it sees demand and can identify companies on the ground that are equipped to serve consumers.

Liquid is hiring across the board, according to Kayamori, who said that there aren’t plans to introduce a decentralized exchange service — which theoretically disintermediates the exchange in peer-to-peer trades — as Binance has done this year. Instead, he argued that the company may look to introduce decentralization around settlements and other parts of its exchange processes.

“From an exchange perspective, we believe it needs to be a hybrid,” he said.