Setting up Elasticsearch, the open-source system that many companies large and small use to power their distributed search and analytics engines, isn’t the hardest thing. What is very hard, though, is to provision the right amount of resources to run the service, especially when your users’ demand comes in spikes, without overpaying for unused capacity. Vizion.ai’s new Elasticsearch Service does away with all of this by essentially offering Elasticsearch as a service and only charging its customers for the infrastructure they use.

Vizion.ai’s service automatically scales up and down as needed. It’s a managed service and delivered as a SaaS platform that can support deployments on both private and public clouds, with full API compatibility with the standard Elastic stack that typically includes tools like Kibana for visualizing data, Beats for sending data to the service and Logstash for transforming the incoming data and setting up data pipelines. Users can easily create several stacks for testing and development, too, for example. 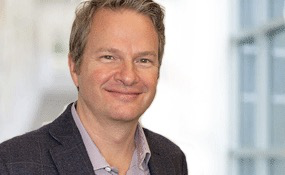 “When you go into the AWS Elasticsearch service, you’re going to be looking at dozens or hundreds of permutations for trying to build your own cluster,” Vision.ai’s VP and GM Geoff Tudor told me. “Which instance size? How many instances? Do I want geographical redundancy? What’s my networking? What’s my security? And if you choose wrong, then that’s going to impact the overall performance. […] We do balancing dynamically behind that infrastructure layer.” To do this, the service looks at the utilization patterns of a given user and then allocates resources to optimize for the specific use case.

What VVizion.ai hasdone here is take some of the work from its parent company Panzura, a multi-cloud storage service for enterprises that has plenty of patents around data caching, and applied it to this new Elasticsearch service.

There are obviously other companies that offer commercial Elasticsearch platforms already. Tudor acknowledges this, but argues that his company’s platform is different. With other products, he argues, you have to decide on the size of your block storage for your metadata upfront, for example, and you typically want SSDs for better performance, which can quickly get expensive. Thanks to Panzura’s IP, Vizion.ai is able to bring down the cost by caching recent data on SSDs and keeping the rest in cheaper object storage pools.

He also noted that the company is positioning the overall Vizion.ai service, with the Elasticsearch service as one of the earliest components, as a platform for running AI and ML workloads. Support for TensorFlow, PredictionIO (which plays nicely with Elasticsearch) and other tools is also in the works. “We want to make this an easy serverless ML/AI consumption in a multi-cloud fashion, where not only can you leverage the compute, but you can also have your storage of record at a very cost-effective price point.”