Spotify, the music streaming platform with 207 million users, is making good on its commitment to invest up to $500 million more into its new podcasting business — a promise it made in February after announcing the acquisitions of podcast networks Gimlet and Anchor for $340 million. Today, Spotify announced that it has acquired a small podcasting studio called Parcast, known best for true-crime and other factual serials in genres like mystery, science fiction, and history.

Sample titles in the 18 it has produced to date include Serial Killers, Unsolved Murders, Cults and Conspiracy Theories and it recently also released Mind’s Eye, its first foray into fiction. Several of these have already clocked up millions of listens and have reached the top-ten ranks on iTunes’ podcast charts.

Notably, in addition to iTunes, Parcast’s content can be found on other platforms like Pandora and Stitcher, and from what understand there are no plans to make any of it exclusive to Spotify. Spotify said that Parcast has about 20 additional programs in the works for this year.

Terms of the deal — which is expected to close this quarter (Q2) 2019, subject to customary closing conditions — were not disclosed.

The startup was completely bootstrapped; in other words it did not raise any outside funding. This deal is an obvious one to help it scale up its business on the back of what is currently the world’s biggest music streaming platform.

“In three years, we have created a production house that has grown exponentially and hit a chord with mystery and true-crime fans, especially women, across all 50 states and around the world. We are proud to join the world’s most popular audio subscription streaming service and gain access to one of the largest audiences around the world,” said Max Cutler, founder and president of Parcast, in a statement. “Alongside Spotify, our ability to scale, grow and amplify the unique and tailored brand of content we create is full of fantastic possibilities.”

Interestingly, in an interview only a month ago in the Podcast Business Journal, Cutler also confirmed that the company was working on TV shows to be made out of their podcasts.

PBJ: Any chance one of your shows becomes a TV show?
Max: Yes, there is a good chance.

PBJ: Which one?
Max: I cannot say right now but there are three we are really excited about right now.

If Parcast was already in discussions for these shows, or those are already in the works, this could see Spotify becoming a video producer and making videos either for its own platform — something it has long tried to do but without much of a breakthrough so far — or becoming a licensing entity to produce these on other platforms, representing another revenue stream for it. 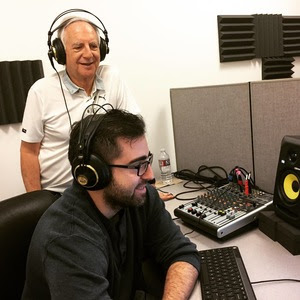 Parcast was cofounded by Max and Ron Cutler — respectively father and son, and both repeat entrepreneurs. The elder Cutler is a veteran of radio programming who had worked with a number of well-known radio broadcasters of the 1980s and 1990s such as Rick Dees, Tom Joyner, and Cousin Brucie, and had founded Cutler Comedy Networks, which syndicated morning radio content to some 2,000 stations and was eventually sold to Premiere Radio Networks (now part of iHeartMedia). The younger Cutler had cut his teeth building a social media startup among other things.

Parcast was borne out of the realisation that — alongside all the talk-radio-inspired programming you see across the podcast universe — there was a gap in the market for more Discovery-style true crime and other ‘factual’ programming that tells stories with dramatic twists.

Indeed, when you consider the huge success of podcasts like Serial, it has been one of the most popular genres of podcasts of all and has arguably helped to put the medium on the map.

In keeping with that, the acquisition also fits in line with what users are already searching for on Spotify, the company said.

“The addition of Parcast to our growing roster of podcast content will advance our goal of becoming the world’s leading audio platform,” said Dawn Ostroff, Spotify Chief Content Officer, in a statement. “Crime and mystery podcasts are a top genre for our users and Parcast has had significant success creating hit series while building a loyal and growing fan base. We’re excited to welcome the Parcast team to Spotify and we look forward to supercharging their growth.”

The acquisition comes at a time when Spotify is doubling down on expanding and diversifying the kind of audio content that it can offer users beyond music. It’s doing this for a few reasons.

Part of this is to cater to different tastes and moods. And part of this is to develop new revenue streams: podcasting both has freemium (ad-supported) and premium (a la carte or subscription) potential.

And the third big area where Parcast will give Spotify a boost is in its efforts to develop its own original content.

Spotify has a long-term mission to continue to differentiate itself from the rest of the music streaming pack — it has 40 million tracks today, but for the average listener, it’s a mix that is very comparable to what you might find on Pandora, Apple Music, Amazon and Google.

That mission also gives it intellectual property of its own that Spotify does not have to negotiate licensing deals with third parties to use (see also: possible use of the content in other mediums like video). Conversely, since Spotify has no plans to make the content exclusive to its platform, this could represent a licensing opportunity for Spotify, where it now makes a cut when the content is used elsewhere.

And considering that it is currently waging a legal battle against Apple over claims that its app stores are anticompetitive, having its own bedrock of original programming can only help its position as a standalone platform longer term. (Needless to say, having your own talent on staff comes with its own potential complications, too, such as the efforts Gimlet staff are making right now to try to unionize, which are being met with some resistence from Gimlet management.)