In 1999, Mike Lincoln co-founded the first East Coast office of top Silicon Valley law firm Cooley LLP. Over the last two decades, he has built out the practice to extend well beyond the region, today covering Boston and New York too, while also heading up the firm’s business department, and serving as an adjunct professor at the University of Virginia.

Along the way, he has collected an impassioned group of founder clients, more than two dozen of whom had a lot to tell us about how he has helped them.

On being a startup lawyer:

“[I]f you really believe you can make dreams happen and that you can help create jobs and you can help cure disease and other things that startups do, then your practice will flourish and the money will follow because people will see it in your eyes. They’ll see that you’re passionate about helping to grow a company, helping to solve real-world problems, helping to create jobs…. You should not do this because you are trying to figure out a way to make millions of dollars. You do it just like entrepreneurs do it, with passion and commitment and a higher calling to try in your own small way to change the world.”

“He is my first recommendation to any founder and I work with him on every project that presents the opportunity.” Hooman Radfar, San Francisco, partner at Expa

“Early on, I think it is being part of a firm that values the time spent going out to scout for new companies. And then once you’ve found them, I think that the key role — to use another metaphor — is to be a good Sherpa. A startup lawyer is climbing the mountain with the entrepreneur and there are lots of paths up the mountain, and knowing which path to take on which day is the role that I think a good startup lawyer plays, which is not really pure legal advice.”

On the DC-area tech scene:

“There is a rich talent pool here of people often coming out of government or three-letter agencies that start companies grounded in cybersecurity and national defense. So for example, we just did the Tenable IPO here in the DC market. That would be an example of a local company that I work with that was born out of that sort of DNA. And then another example of that would be a company like Netwitness, which I worked with from early on and which sold to EMC. Yet another of a strong company in this sector is Mandiant, which we helped to sell to FireEye for $1.3 billion.” 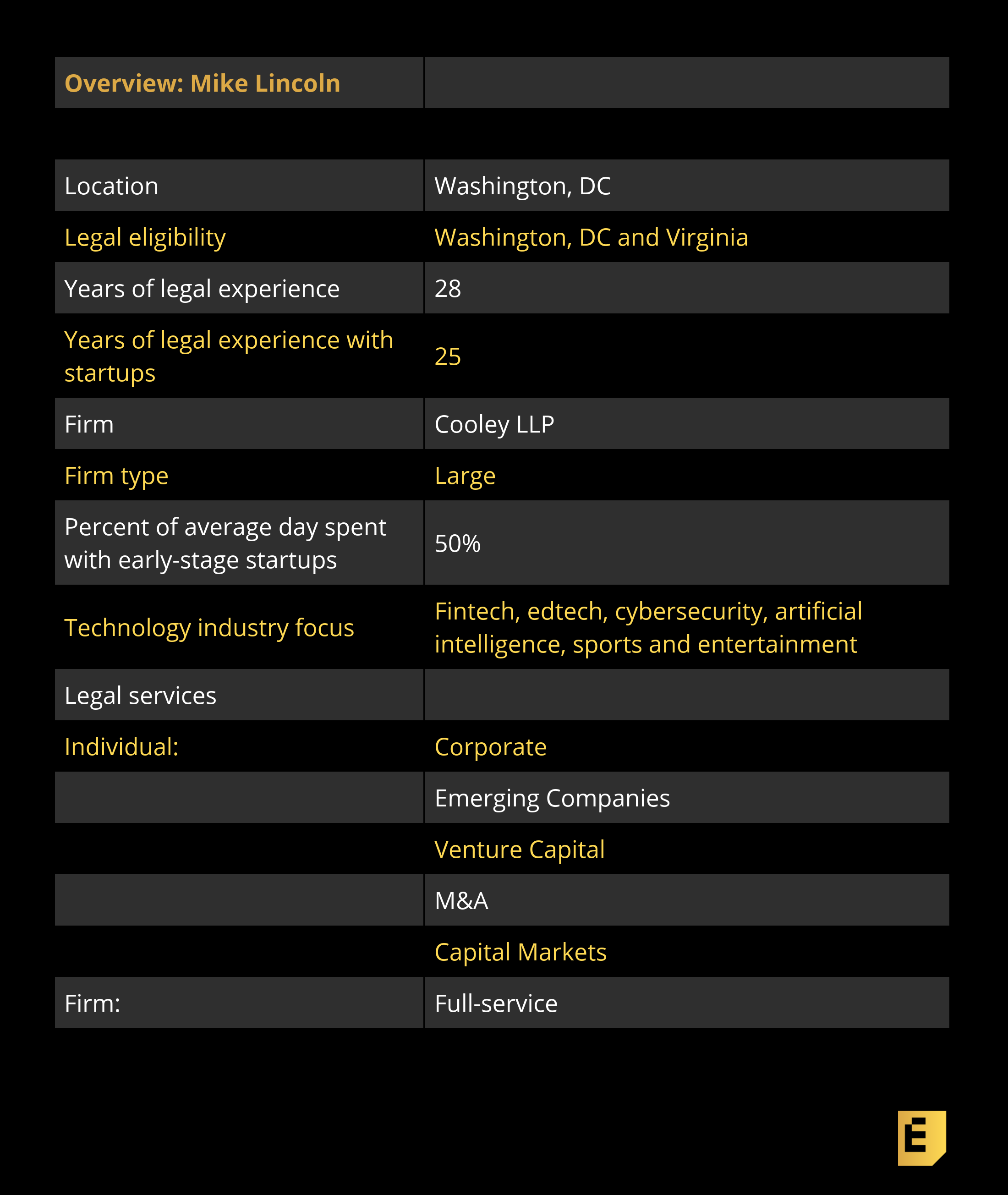 Below, you’ll find founder recommendations, the full interview and more details like pricing and fee structures.

This article is part of our ongoing series covering the early-stage startup lawyers with whom founders love to work, based on this survey and our own research. The survey is open indefinitely, so please fill it out if you haven’t already. If you’re trying to navigate the early-stage legal landmines, be sure to check out our growing set of in-depth articles, like this checklist of what you need to get done on the corporate side in your first years as a company.

Eric Eldon: I’d love to hear more about your background and how you got into startup law. 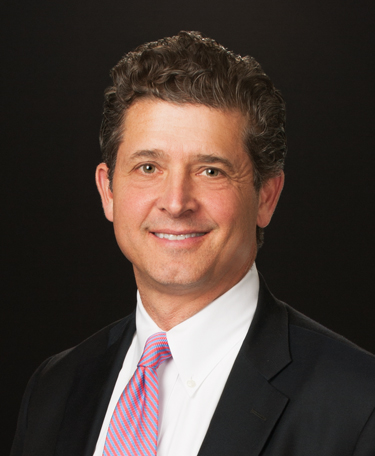 Mike Lincoln: Out of law school, I clerked for a federal appellate court judge in Chicago and then I went to Latham & Watkins in DC. I have always been drawn to entrepreneurship and startups. I started a few very small companies myself in high school and after college and so had a bit of the entrepreneurial bug. After more of a Wall Street type of practice at Latham, I saw what was going on in the Washington, DC market in the 90s. Venture capital was starting to flow in to the market and companies like AOL were going public and I said to myself, “That’s what I want to do. I want to go work with startups and emerging companies and venture-backed companies.” And so I set out to go do just that.

After talking to a few Silicon Valley based law firms, we ended up deciding to go with Cooley. So Joe Conroy and I launched the office in 1999 in Reston, Virginia and that was really the first Silicon Valley firm to make the move east. For the next decade after that, we were heads-down building a practice and a brand up and down the East Coast. My co-founder Joe Conroy is now the CEO of Cooley and I am now head of the business department. Even though I live in the DC area, I spend a great deal of time in Palo Alto because that’s where we’re headquartered and I have spent a lot of time in more recent years helping to launch our offices in New York, Boston, London, Los Angeles, Brussels and other places. But despite my travel schedule and my firm duties, I still do exactly what I have always done and that is to work with interesting entrepreneurs and startups every day of the week. That’s what I love to do.