Tech has a bad reputation for pulling money out of musicians’ pockets, but Splice is changing that. The audio sample marketplace and music production collaboration tool has now paid out $15 million to artists since 2013, doubling in the last year. Splice lets musicians sell their sounds for royalty-free use, and songs by Eminem, Ariana Grande and Marshmello that were powered by those samples have topped the charts. Splice charges $7.99 per month for unlimited access to its array of 3 million synthesizers, drum hits, vocal flares and other sounds. Despite being designed for serious musicians, Splice’s suite of tools now has 2.5 million users, up from 1.5 million a year ago. 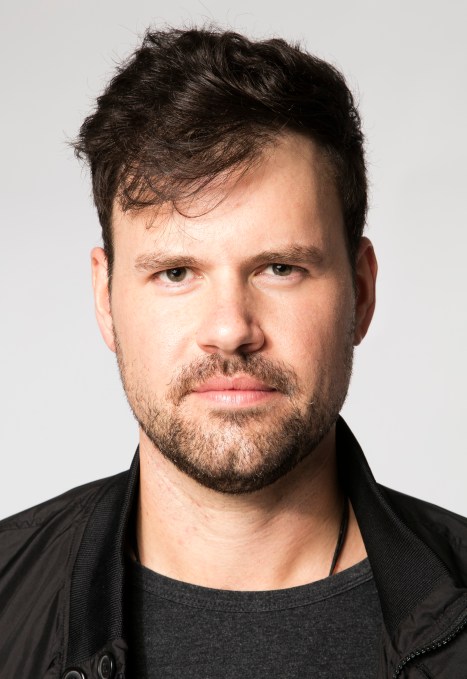 “Music is going through a beautiful moment,” says Steve Martocci, Splice’s co-founder and CEO who formerly built and sold GroupMe. “The tailwinds from the success of streaming are great. As more people realize how big the market it, how much people want to create music, there’s a huge opportunity here.”

Now Union Square Ventures and True Ventures are seizing on that opportunity, co-leading a $57.5 million Series C for Splice. “It’s all about scale,” Martocci tells me. “We’re investing in ourselves. Continuing to build new products. Continuing to work with bigger artists. We think there’s so much about the creative process and ecosystem of musicians that needs to be fixed. We want to diversify the content available so all artists in all genres feel like we have what they need.”

The round, which includes DFJ Growth, Flybridge, Lerer Hippeau, Liontree, Founders Circle Capital and Matt Pincus, brings Splice to $104.5 million in total funding. Splice wouldn’t disclose the valuation, but using the industry standard of selling 20 percent equity for a Series C, Splice could be valued in the ballpark of $285 million. That would make it one of the top music startups that isn’t selling streaming, tickets or hardware. Its success has also begun to draw competition from companies like Native Instruments, which launched its Sounds.com marketplace last year. 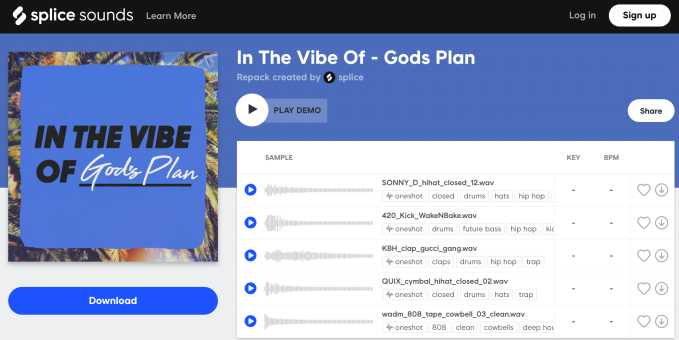 Splice’s subscription revenue is pooled and then doled out to artists based on whose samples got the most downloads. Creators range from bedroom tinkerers to Drake’s Grammy-winning producer Boi-1da. Martocci confirms that artists receive the majority of Splice’s sample marketplace revenue, saying, “they’re very favorable deals.” That’s especially great for the music production industry, because a lot of Splice’s sample creators aren’t celebrity DJs; Martocci says they’re audio engineers and other “people behind the scenes getting an opportunity to step into the light with an amazing revenue opportunity, but also an opportunity to be seen for their creative contributions.”

Splice began with a eureka moment at a concert. A friend asked Martocci why there weren’t great tools for producing music like there are for building software like GroupMe. After eventually leaving his chat app that Skype acquired, Martocci connected with Splice co-founder Matt Aimonetti and discovered he’d been an audio engineer for half of his life. They saw a chance to build a GitHub for music, with version control and admin permissions for making saving and collaborating on productions simple. By 2015 Splice had launched its Sounds subscription library, and the next year began selling rent-to-own software synthesizers to make avoiding piracy affordable for creators.

Fast-forward and Martocci tells me prioritization across Splice’s different product lines will be one of its big challenges. Luckily, he has a new crew of lieutenants to help. Former product lead for Apple Music and Beats by Dre VP Ryan Walsh has joined as chief product officer because, Martocci says, “he felt like his mission in music was unfinished.” Former chief financial officer of Marvel Entertainment Chris Acquaviva is now Splice’s CFO, who offers deep licensing expertise. And bringing the creator community vibe, MakerBot’s former CHRO, Kavita Vora, has become Splice’s chief people officer.

In an era when tech public image has been tested by non-stop scandals from the industry giants, Splice is pulling in ace talent that want to work on something unequivocally positive. Martocci tells me parents tell him that their kids spend all their time playing Fortnite and making music on Splice, but the latter is screen time they’re happy to encourage.