Electric-vehicle chargers, heads-up displays for soldiers and the Costco of weed were some of our favorites from prestigious startup accelerator Y Combinator’s Winter 2019 Demo Day 1. If you want to take the pulse of Silicon Valley, YC is the place to be. But with more than 200 startups presenting across two stages and two days, it’s tough to keep track.

You can check out our write-ups of all 85 startups that launched on Demo Day 1, and come back later for our full index of the 88 startups from Day 2 and our top picks. But now, based on feedback from top investors and TechCrunch’s team, here’s our selection of the top 10 companies from the first half of this Y Combinator batch, and why we picked each.

Looking around corners is one of the most dangerous parts of war for infantry. Ravn builds heads-up displays that let soldiers and law enforcement see around corners thanks to cameras on their gun, drones or elsewhere. The ability to see the enemy while still being behind cover saves lives, and Ravn already has $490,000 in Navy and Air Force contracts. With a CEO who was a Navy Seal who went on to study computer science, plus experts in augmented reality and selling hardware to the Department of Defense, Ravn could deliver the inevitable future of soldier heads-up displays.

Why we picked Ravn: The AR battlefield is inevitable, but right now Microsoft’s HoloLens team is focused on providing mid-fight information, like how many bullets a soldier has in their clip and where their squad mates are. Ravn’s tech was built by a guy who watched the tragic consequences of getting into those shootouts. He wants to help soldiers avoid or win these battles before they get dangerous, and his team includes an expert in selling hardened tech to the U.S. government. 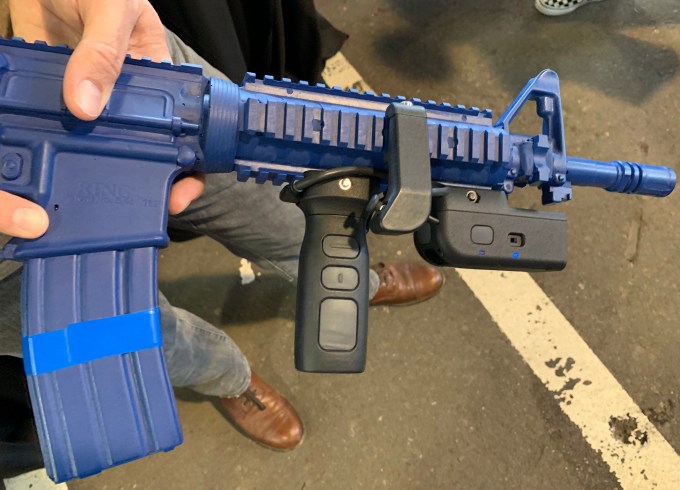 It’s difficult to know if a business’ partners have paid their taxes, filed for bankruptcy or are involved in lawsuits. That leads businesses to write off $120 billion a year in uncollectable bad debt. Middesk does due diligence to sort out good businesses from the bad to provide assurance for B2B deals, loans, investments, acquisitions and more. By giving clients the confidence that they’ll be paid, Middesk could insert itself into a wide array of transactions.

Why we picked Middesk: It’s building the trust layer for the business world that could weave its way into practically every deal. More data means making fewer stupid decisions, and Middesk could put an end to putting faith in questionable partners. 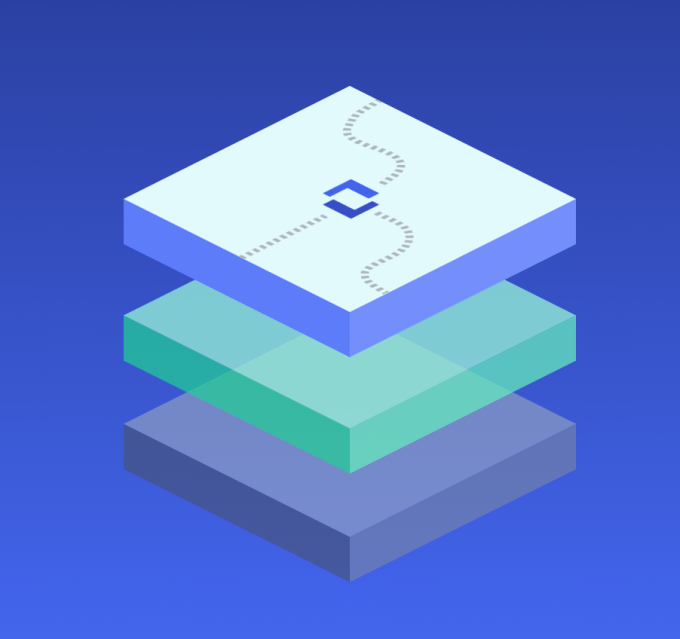 Convictional helps direct-to-consumer companies approach larger retailers more simply. It takes a lot of time for a supplier to build a relationship with a retailer and start selling their products. Convictional wants to speed things up by building a B2B self-service commerce platform that allows retailers to easily approach brands and make orders.

Why we picked Convictional: There’s been an explosion of D2C businesses selling everything from suitcases to shaving kits. But to drive exposure and scale, they need retail partners who’re eager not to be cut out of this growing commerce segment. Playing middleman could put Convictional in a lucrative position, while also making it a nexus of valuable shopping data. 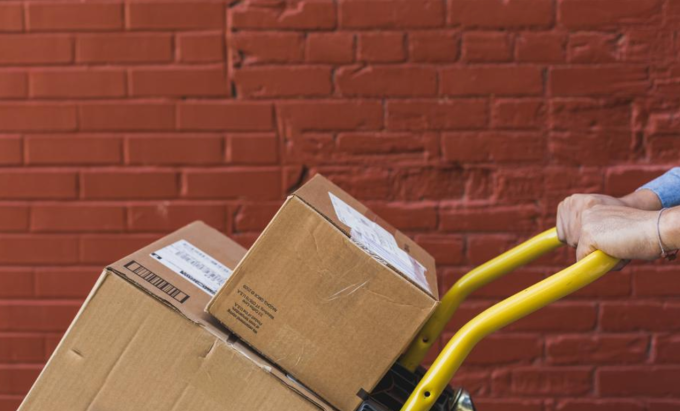 Dyneti has invented a credit card scanner SDK that uses a smartphone’s camera to help prevent fraud by more than 50 percent and improve conversion for businesses by 5 percent. The business was started by a pair of former Uber employees, including CEO Julia Zheng, who launched the fraud analytics teams for Account Security and UberEATS. Dyneti’s service is powered by deep learning and works on any card format. In the two months since it launched, the company has signed contracts with Rappi, Gametime and others.

Why we picked Dyneti: Cybersecurity threats are growing and evolving, yet underequipped businesses are eager to do more business online. Dyneti is one of those fundamental B2B businesses that feels like Stripe — capable of bringing simplicity and trust to a complex problem so companies can focus on their product. 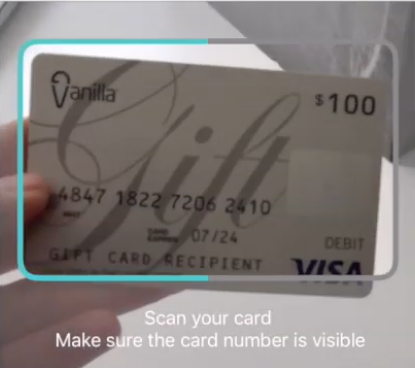 The “Airbnb for electric-vehicle chargers,” ampUp is preparing for a world in which the majority of us drive EVs — it operates a mobile app that connects a network of thousands of EV chargers and drivers. Using the app, an electric-vehicle owner can quickly identify an available and compatible charger, and EV charger owners can earn cash sharing their charger at their own price and their own schedule. The service is currently live in the Bay Area.

Why we picked ampUp: Electric vehicles are inevitable, but reliable charging is one of the leading fears dissuading people from buying. Rather than build out some massive owned network of chargers that will never match the distributed gas station network, ampUp could put an EV charger anywhere there’s someone looking to make a few bucks. 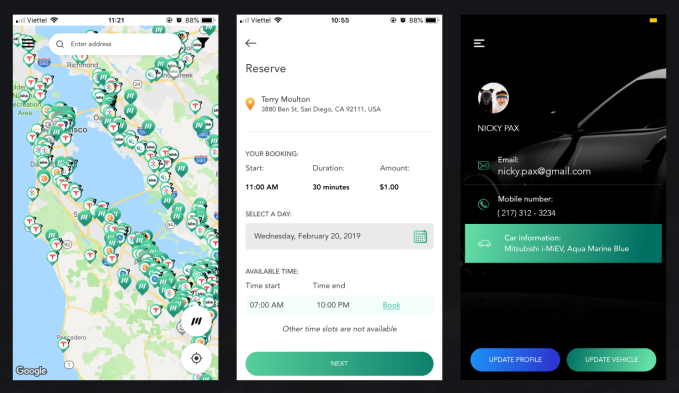 Flockjay operates an online sales academy that teaches job seekers from underrepresented backgrounds the skills and training they need to pursue a career in tech sales. The 12-week bootcamp offers trainees coaching and mentorship. The company has launched its debut cohort with 17 students, 100 percent of whom are already in job interviews and 40 percent of whom have already secured new careers in the tech industry.

Why we picked Flockjay: Unlike coding bootcamps that can require intense prerequisites, killer salespeople can be molded from anyone with hustle. Those from underrepresented backgrounds already know how to expertly sell themselves to attain opportunities others take for granted. Flockjay could provide economic mobility at a crucial juncture when job security is shaky. 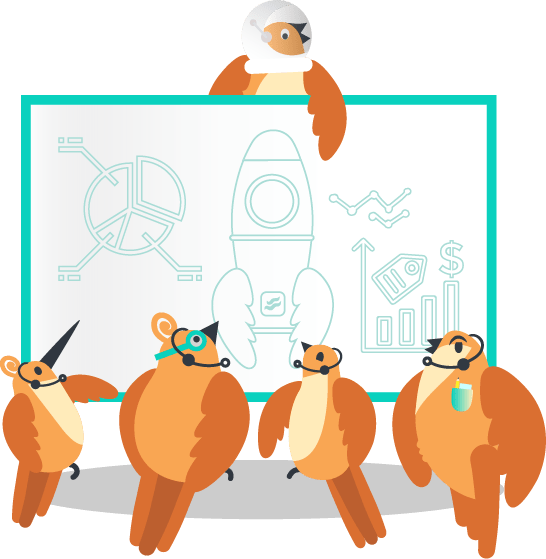 Twenty million international contractors work with U.S. companies, but it’s difficult to onboard and train them. Deel handles the contracts, payments and taxes in one interface to eliminate paperwork and wasted time. Deel charges businesses $10 per contractor per month and a 1 percent fee on payouts, which earns it an average of $560 per contractor per year.

Why we picked Deel: The destigmatization of remote work is opening new recruiting opportunities abroad for U.S. businesses. But unless teams can properly integrate these distant staffers, the cost savings of hiring overseas are negated. As the globalization megatrend continues, businesses will need better HR tools. 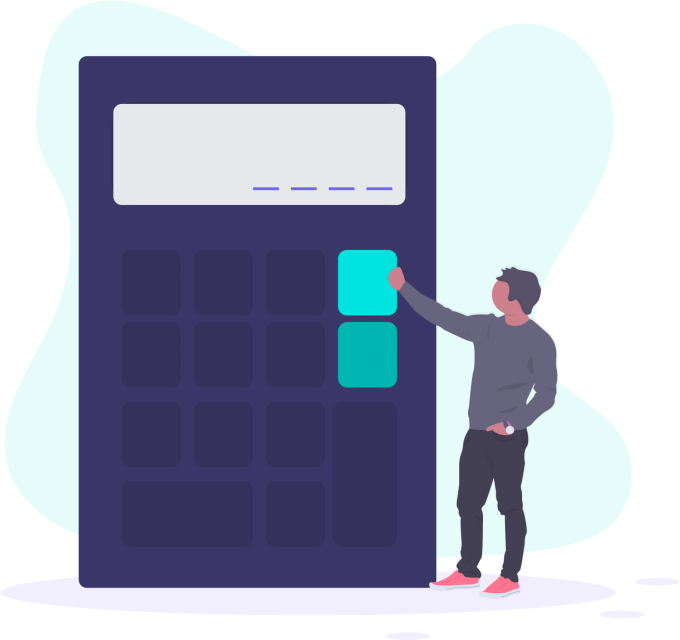 There has been a pretty major trend toward services that make it easier to build web pages or mobile apps. Glide lets customers easily create well-designed mobile apps from Google Sheets pages. This not only makes it easy to build the pages, but simplifies the skills needed to keep information updated on the site.

Why we picked Glide: While desktop website makers is a brutally competitive market, it’s still not easy to make a mobile site if you’re not a coder. Rather than starting from a visual layout tool with which many people would still be unfamiliar, Glide starts with a spreadsheet that almost everyone has used. And as the web begins to feel less personal with all the brands and influencers, Glide could help people make bespoke apps that put intimacy and personality first. 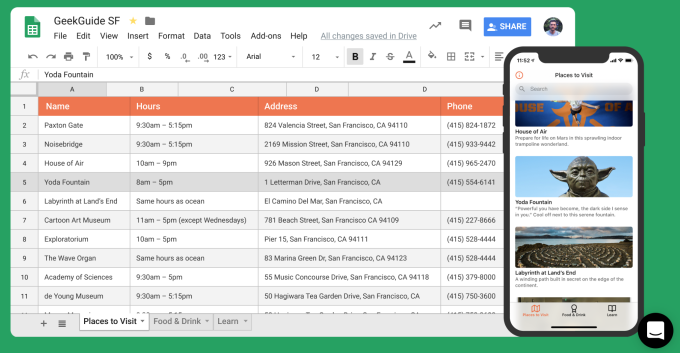 The platform, co-founded by former Uber product manager Minh Tri Pham, turns documents into structured data a computer can understand to accurately automate document processing workflows and take away the need for human data entry. Docucharm’s API can understand various forms of documents (like paystubs, for example) and will extract the necessary information without error. Its customers include tax prep company Tributi and lending business Aspire.

Why we picked Docucharm: Paying high-priced, high-skilled workers to do data entry is a huge waste. And optical character recognition like Docucharm’s will unlock new types of businesses based on data extraction. This startup could be the AI layer underneath it all. 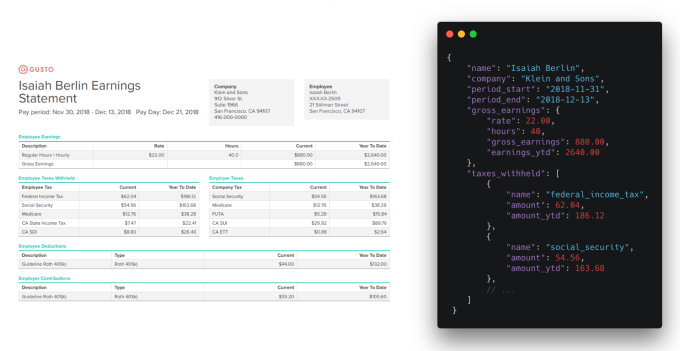 Flower Co provides memberships for cheaper weed sales and delivery. Most dispensaries cater to high-end customers and newbies that want expensive products and tons of hand-holding. In contrast, Flower Co caters to long-time marijuana enthusiasts who want huge quantities at low prices. They’re currently selling $200,000 in marijuana per month to 700 members. They charge $100 a year for membership, and take 10 percent on product sales.

Why we picked Flower Co: Marijuana is the next gold rush, a once-in-a-generation land-grab opportunity. Yet most marijuana merchants have focused on hyper-discerning high-end customers despite the long-standing popularity of smoking big blunts of cheap weed with a bunch of friends. For those who want to make cannabis consumption a lifestyle, and there will be plenty, Flower Co could become their wholesaler. 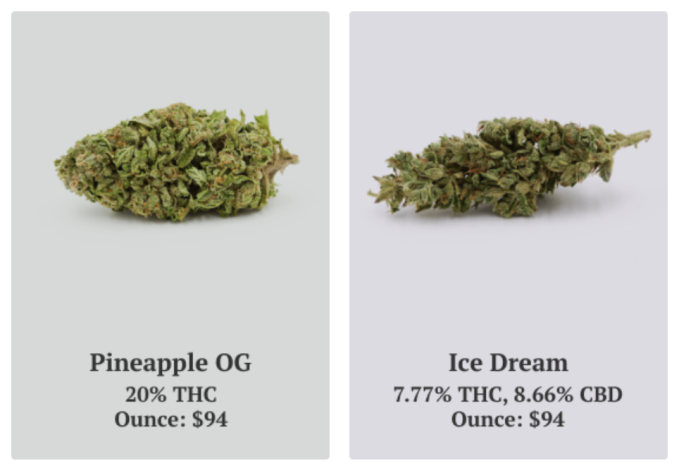