Tesla is scheduled to reveal the Model Y — the next electric vehicle in the electric automaker’s lineup — tonight at an event in Los Angeles after, not months, but years of teasers and hints from CEO Elon Musk.

Tesla will live stream the Model Y unveiling event at 8 pm PT via its website. However, folks who want to watch the event should head over to the site prior to the 8 pm start time. There is a registration process. Once completed, a new page pops up with the message “Thank you for registering. We will send you an invite in the hours leading up to the event.”

TechCrunch will be at the event to hunt for other interesting tidbits about the Model Y as well as possibly get a ride in the compact SUV. Stay tuned. 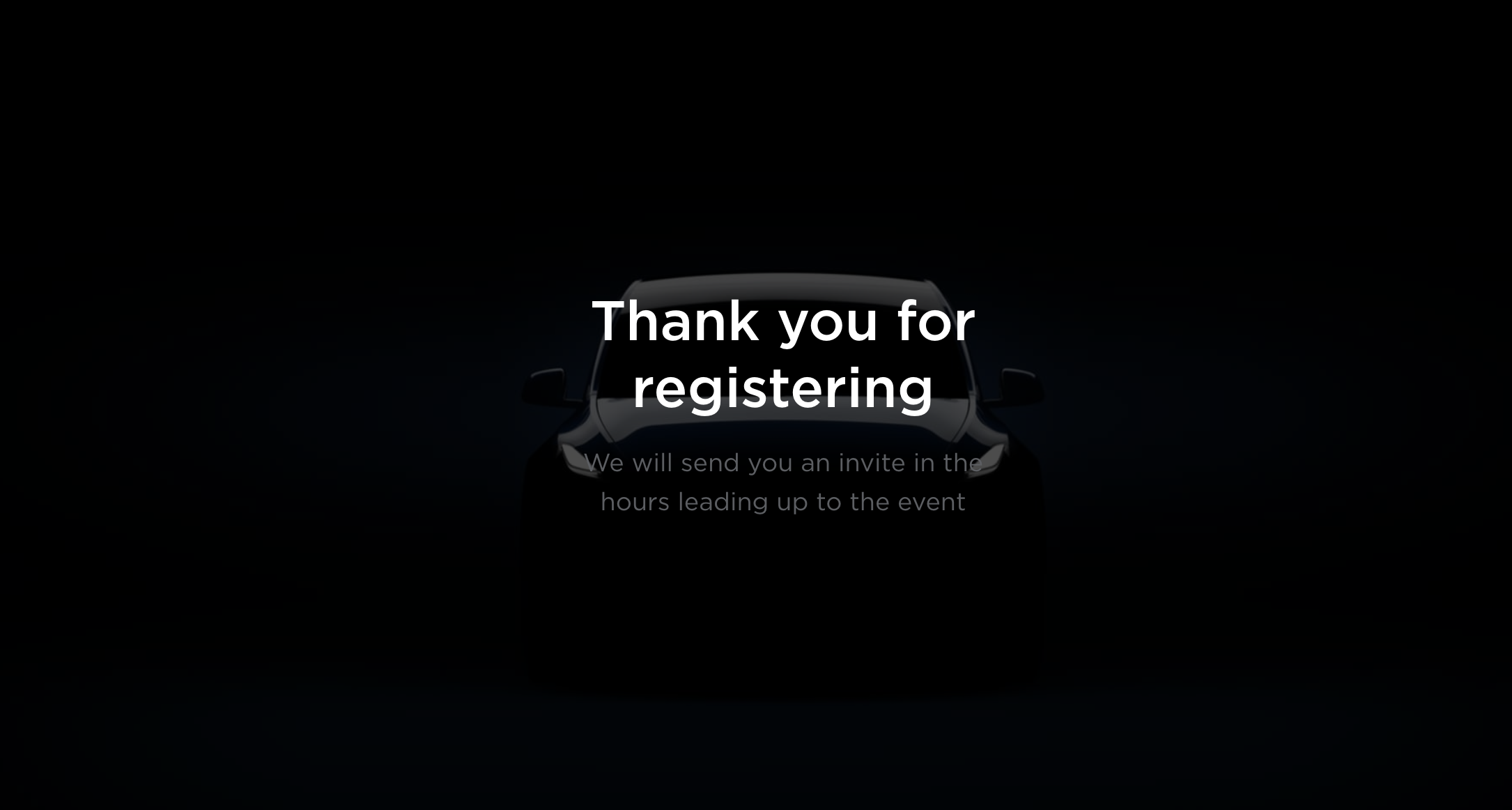 Details about the compact SUV are scant, although Musk has provided some information leading up to the March 14 Tesla Model Y event.

Model Y, being an SUV, is about 10% bigger than Model 3, so will cost about 10% more & have slightly less range for same battery

Tonight’s event should answer many, but not all questions. Expect more information on the vehicle specs, such as range and performance, two favorite go-tos for Musk. Price could be revealed as well. Those kinds of splashy data points can create buzz and attention. But TechCrunch is more interested in the how, than the what.

What we’ll be watching for is any information about where the Model Y will be produced, a production timeline and what manufacturing strategy the company plans to pursue. TechCrunch will also be paying attention to how Tesla handles reservations for the Model Y.

Some of Tesla’s biggest problems stem from how it builds its electric vehicles. The company emphasized highly automated systems and then backed away from that approach. (Remember the tent?)

Model 3 has long been considered Tesla’s most important car. And it still is. Without continued sales of the Model 3, Tesla will lack the necessary capital to produce the Model Y.

Meanwhile, the Model Y, if Tesla can apply all of the lessons it learned from its troubles with the Model 3 production, could be a smash hit for the automaker. More importantly, Musk is counting on the Model Y to hit the company’s goal of delivering 1 million cars by 2020.

Americans are still lusting after SUVs, particularly smaller ones, and it’s an appetite that has grown beyond U.S. borders and into other important markets such as China.