1. NVIDIA to buy supercomputer chipmaker Mellanox for $6.9B, beating out Intel and Microsoft

The news caps off what the media had reported as a bidding war between NVIDIA, Intel and Microsoft for the chipmaker now based out of San Jose but originally founded in Israel.

The deal underscores ongoing consolidation in the world of processors, and is a key move for NVIDIA to shore up its market share, specifically in high-performance computing and powering supercomputers.

Devin Coldewey spent some time playing the game at Niantic’s office in San Francisco — enough to convince him that HP:WU will be a huge time-sink for any Harry Potter fan, and will probably convert or cannibalize many players from GO.

Although data stored in Box enterprise accounts is private by default, users can share files and folders with anyone, making data publicly accessible with a single link. But cybersecurity firm Adversis said these secret links can be discovered by others. 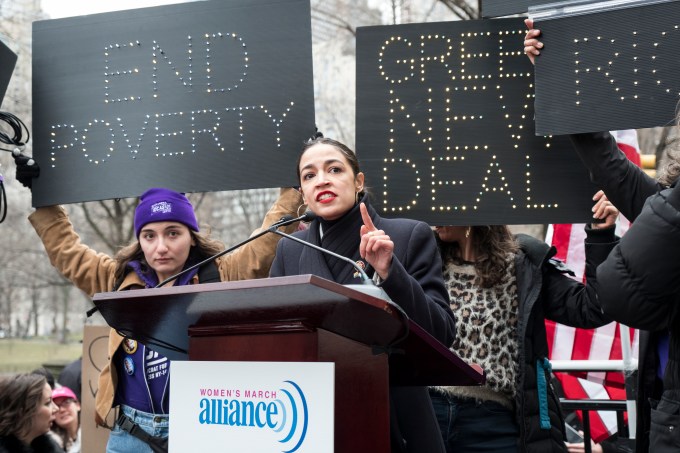 NEW YORK, NY – JANUARY 19: Alexandria Ocasio-Cortez Democratic House Of Representatives address the crowd and kicks off the 3rd Annual Woman’s March in the borough of Manhattan in NY on January 19, 2019, USA.  (Photo by Ira L. Black/Corbis via Getty Images)

“We should not be haunted by the specter of being automated out of work,” the congresswoman said at South by Southwest. “We should be excited by that.”

Both companies focus on using crowdsourced labor pools to annotate data, which in turn is used to train artificial intelligence and machine learning. Under the name CrowdFlower, Figure Eight launched onstage at the TechCrunch50 conference nearly a decade ago.

6. Tufts expelled a student for grade hacking. She claims innocence

In almost every instance that the school accused Tiffany Filler of hacking, she was elsewhere — with proof of her whereabouts or an eyewitness account — without the laptop she’s accused of using.

The team at Equity discusses leadership changes at Y Combinator, while over at Original Content, we review the true crime documentary “Murder Mountain.”