It’s not a great time to be a live venue. Once the only game in town, clubs, arenas and other live event spaces now have to compete with the seemingly endless on-demand entertainment options. Competing with the convenience of 4K Netflix on a 50-inch screen is a big ask, even for the biggest stars.

It’s a perfect market opening for a startups. A technology company that can sufficiently augment the live experience for a connected audience stands to make a lot of money outfitting venues and touring acts. It’s no wonder the category has gotten crowded in recent years, with a number of players looking to bring personalized augmented audio experiences to concertgoers.

London-based Peex has risen in the ranks quickly, courtesy of one prominent celebrity endorsement: Last year, the company announced that Sir Elton John’s Farewell Yellow Brick would be the first tour to publicly utilize its technology. It’s a bit of a baptism by fire for the startup.

Granted, Peex’s headsets will only be available in limited quantities to attendees who opt into the VIP package for the show, but live music events don’t get much higher-stakes than the farewell tour for one of the most beloved entertainers of the 20th century.

The value proposition, meanwhile, is pretty simple. Live music is tough. Even the most technologically sophisticated venues find it impossible to deliver the perfect music mix to every seat in the house. The idea of attempting to accomplish that for a capacity of 20,000 boggles the mind, even for a crew like the folks at Madison Square Garden.

The company was on hand at last night’s show. It was John’s 70th — and for now, at least, final — appearance at the legendary venue. To prep for the event, Peex set up four transmitters in the arena, primarily on lighting rigs. The whole process takes about a day and offers enough coverage to fill the whole space — an impressive feat in and of itself.

Backstage, there’s a small (in MSG terms, at least) production setup, including a mixing board that separates the live show’s feed into five channels. Upon entry, VIPs are handed the RX, a device that sits around the neck. There’s a large disc up front and two headphone cables that dangle down on either side. It’s a little strange and a bit dorky — as the company ushered us backstage before the show, I overhead some bystanders rightfully wondering aloud what were the things around our necks?

Wearers must download the Peex app to an iOS or Android device for the full experience. The handset is paired to the device via Bluetooth. From there, users customize the listening experience on a per-channel basis. Generally that’s broken down by instrument — of course, things get a bit more complicated with larger bands, so the artists get the final say.

For the case of John’s band, the channels were vocals/keyboards (John), guitar, bass, second keyboard and percussion/drums (which incorporated three musicians). As the music plays, users can adjust the different channels with the five graphic sliders on the app.

The experience was responsive, though I ran into issues with the app. It ended up crashing a few times, even while the connection remained constant with the headset. Some early bugginess is to be forgiven for what is essentially a very public beta. The company’s COO David Johnson, who walked us through the process, noted that there may have been some issue with the fact that I brought an S10 to the show. The unreleased Samsung is still untested with the program. Fair enough.

The tech is impressive overall here. I couldn’t detect any latency between the performers and the headphones. Johnson noted that the tech is designed to augment the live audio, rather than replace it. As such, the headphones don’t offer much of a buffer with the ambient noise in the venue, but on a whole, the two tend to complement each other fairly well. 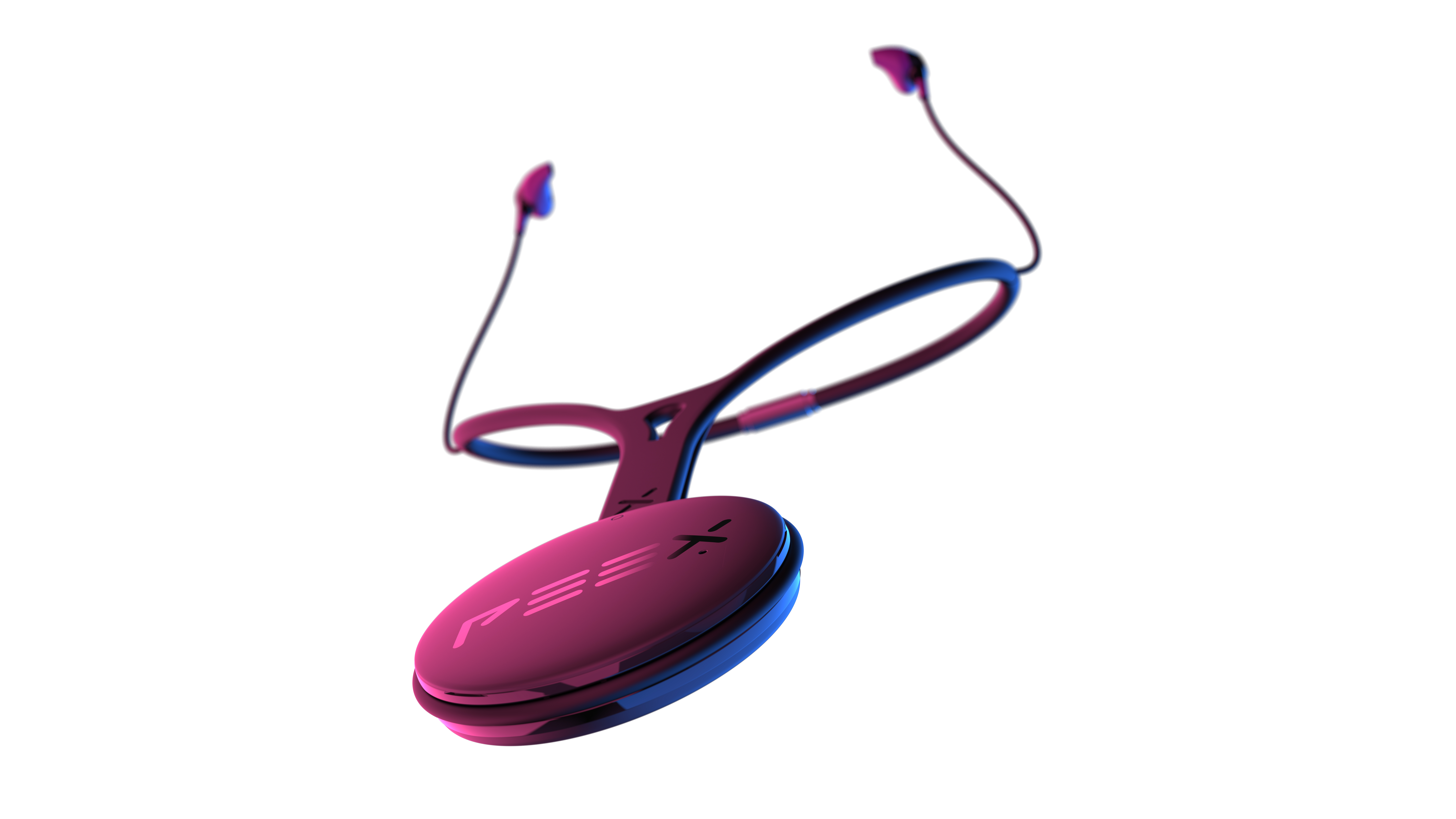 One of the perks of getting access to the show through Peex was some stupidly good seats — 11th row, center to be exact. Sir Elton was within sweating distance for the 2.5-hour performance. That’s great from the standpoint of seeing a rock and roll show, but I’ve got the sneaking suspicion it’s not the ideal case use for the product. That’s arguably the part of the venue that least needs augmentation. Freaking Michael Stipe was sitting two seats away, enjoying the hell out of the show without a headset — and I generally trust that dude’s opinions on live music.

For the first time in forever, I had to eschew the earplugs in order to get the full Peex experience. I found myself upping the volume in order to isolate elements of the music above the ambient sound. When we headed to the lobby mid-set, I was a bit shocked to hear how loud my headphones had gradually gotten. I would never listen to music on headphones at that volume outside of a venue.

That’s going to be a tough nut for the company to crack, as awareness about hearing loss becomes an increasingly important issue among aging show-goers. Johnson notes that the Peex wearable has an aux input where people can plug in their own third-party headphones, so if you have ones that effectively seal out ambient noise, that’s certainly an option — albeit an imperfect one. 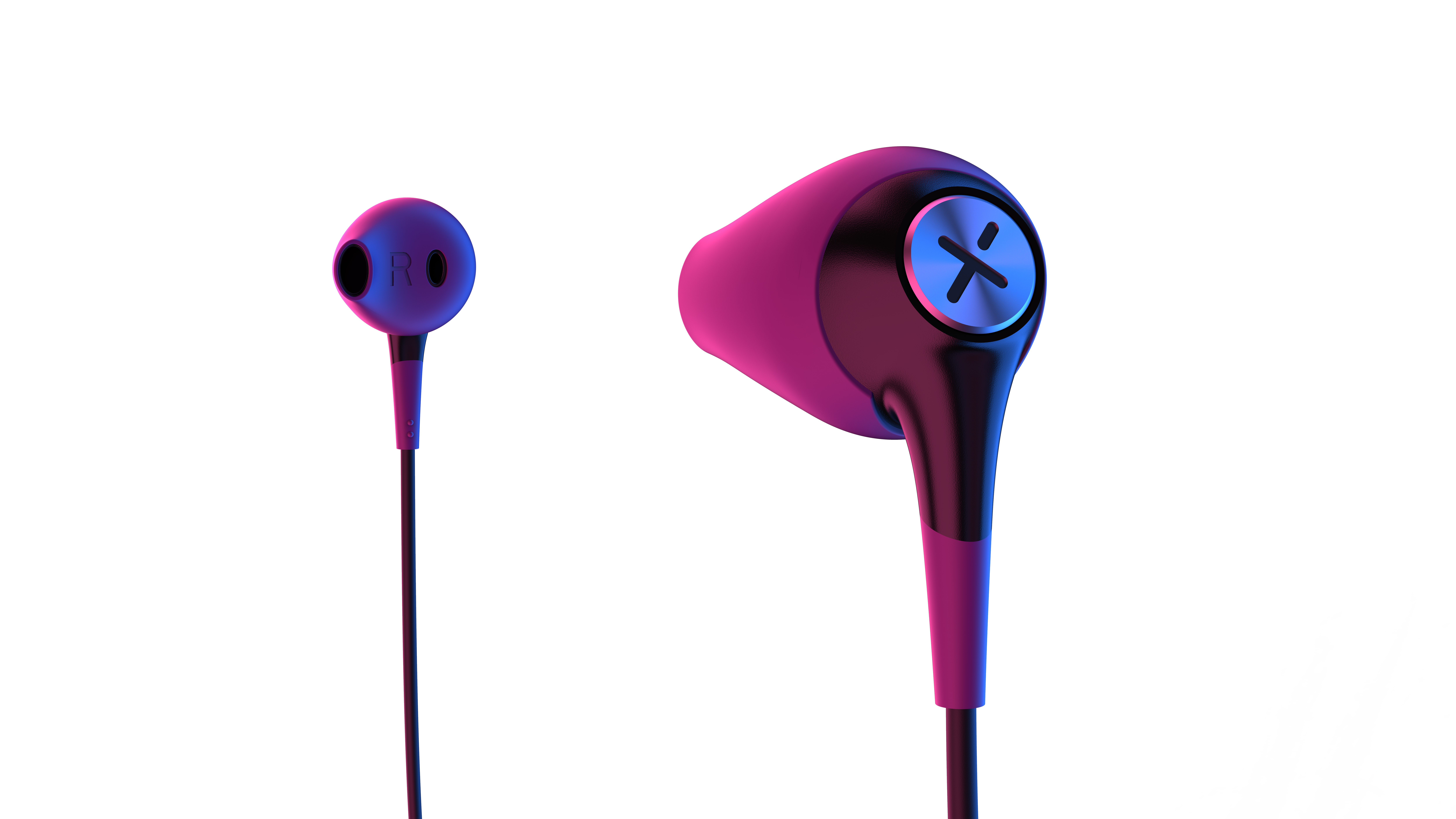 At one point during the set we were ushered up to the MSG nosebleeds. Here the effect is far more pronounced. I got a couple of breaks in my audio stream, like an FM radio being subjected to a tunnel, but it was mostly good and definitely clear. Certain elements like acoustic guitar, which are traditionally buried in the mix, were able to shine.

This, I think is the value proposition for the company, but it’s going to be a tough one to balance. Peex plans to announce a number of venue and artist partners soon, as it begins to offer the service to the public. But the company is primarily going after a small share of the overall audience with its rental devices.

For the time being, it will be open to VIP attendees, who will be charged a relatively small fee to hold onto the device for the night. But aside from those who are far away from the source in luxury boxes, this is the chunk of the audience who requires this technology the least.

From that perspective, at least, it might be tough to compete with a company like MIXhalo, which brings their technology to the smartphone without the need for a secondary hardware product. One of the things a company like Peex does have going for it versus a MIXhalo, however, is the relatively scalability of a product that operates a lot like an encrypted form of FM radio.

There’s also another important stigma both companies face. This was made painfully clear to me about three-fourths of the way through last night’s set, when John pleaded with audience members to “put down the social media for one fucking second.” At that precise moment, I had a pair of headphones in my ears, while looking down at my mini Android mixing board.

It’s true that John and any other artist participating will have to opt in to the service, but it’s hard to fight the feeling that this is a sort of slippery slope when it comes to experiencing the world through our mobile devices. In some ways products like Peex and MIXhalo bring you closer to the source by effectively plugging you directly into the soundboard.

At the same time, however, it can feel like the aural equivalent of the dude a few rows ahead of me, who busted out his phone to FaceTime the show to some family member back home. Sometimes you’ve just got to pull out the headphones and live in the moment.