Elon Musk’s Boring Company could land a deal to construct and operate a “people mover” for the Las Vegas Convention Center that will theoretically shuttle people in autonomous electric vehicles at high speeds in a loop of underground tunnels.

It’s not a done deal quite yet. The Las Vegas Convention and Visitors Authority has recommended that the Boring Company be selected. The LVCVA board will vote March 12 whether to approve the recommendation.

The initial design would focus on the Las Vegas Convention Center, which is currently in the midst of an expansion that is expected to be complete in time for CES 2021. The newly expanded Las Vegas Convention Center will span about 200 acres once completed. The LVCVA estimates that people walking the facility would travel two miles from one end to the other, a distance that prompted officials to find a transportation solution. 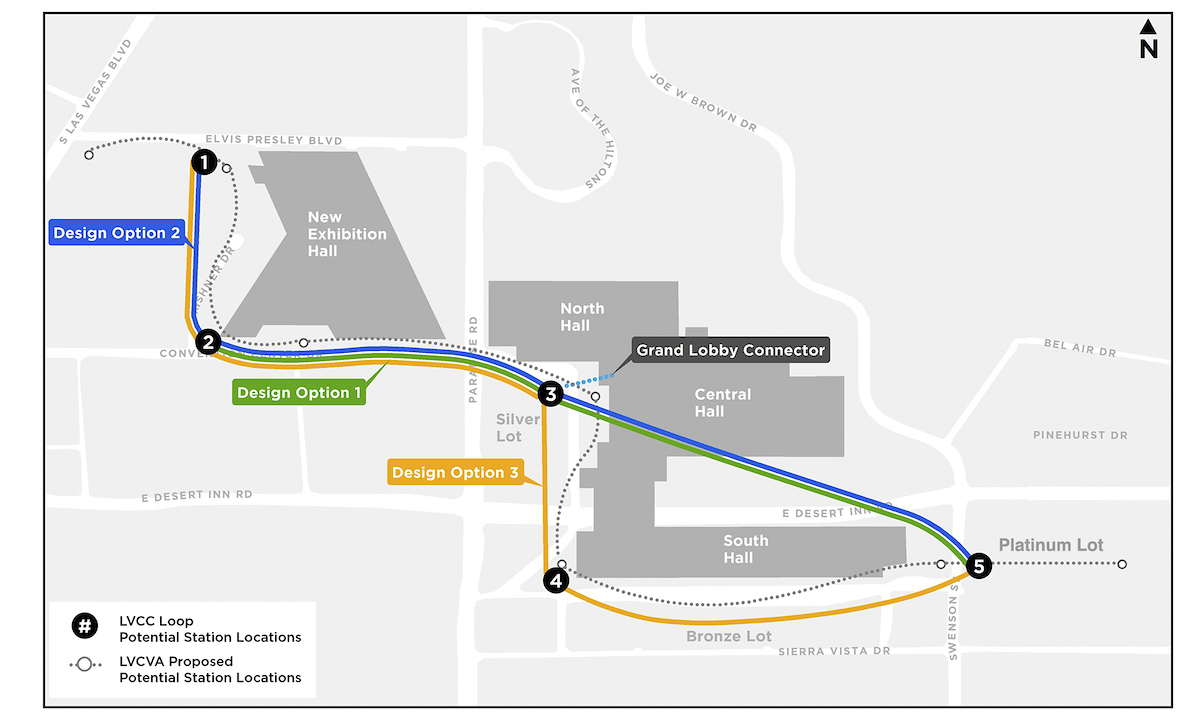 The initial phase of the Boring Company system could be in use by Las Vegas Convention Center guests within one year, company president Steve Davis said.

LVCVA began the process in 2018 with a request for information and an official request for proposal.  Interviews with the qualified respondents were conducted by an evaluation team, which determined the recommended company, according to LVCVA. The evaluation team consisted of representatives from the LVCVA, private organizations (including a Las Vegas resort property and consultants in transportation systems) and automated people-mover construction and operations industries, the agency said.

In December, The Boring Company showcased a 1.14-mile test tunnel in the city of Hawthorne to demonstrate Musk’s vision for a network of low-cost tunnels that could be used for transportation, utilities or water and built for millions of dollars, or even billions, less than those constructed for subways or trains.

The test tunnel was built for $10 million using a modified boring machine called Godot. (That $10 million figure includes the cost of building the tunnel, all internal infrastructure, lighting, communication and video, safety systems, ventilation and track, according to the company.)

Some cities, including Chicago and now Las Vegas, have taken an interest in The Boring Company. In Los Angeles, however, there’s been resistance. The Boring Company announced in November that it would abandon plans to dig a massive tunnel beneath Los Angeles’ 405 freeway and Sepulveda Boulevard after local lawsuits threatened to hamstring the project.

The Boring Company had sought to fast-track the proposed 2.7-mile tunnel, and a pair of city council members agreed.