The current Scan & Go system, launched two years ago, requires Sam’s Club shoppers to locate the barcode on the item they’re buying and scan it using the Sam’s Club mobile app. The app allows shoppers to account for items they’re buying as they place them in their shopping cart, then pay in the app instead of standing in line at checkout. 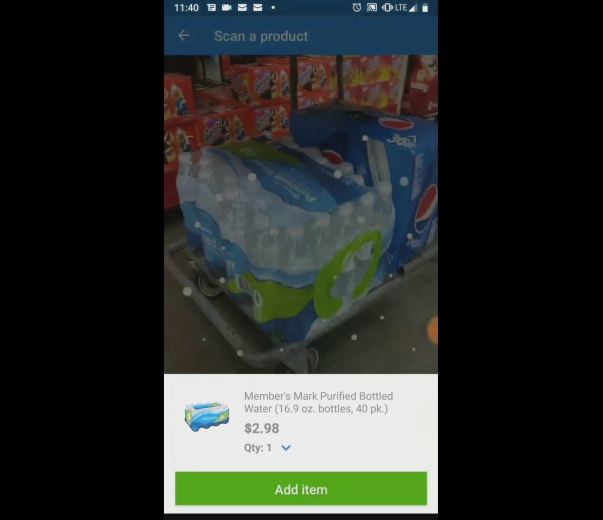 However convenient, the system itself can still be frustrating at times because you’ll need to actually find the barcode on the item — often turning the item over from one side to the other to find the sticker or tag. This process can be difficult for heavier items, and frustrating when the barcoded label or tag has fallen off.

It also can end up taking several seconds to complete — which adds up when you’re filling a cart with groceries during a big stocking-up trip.

The new scanning technology will instead use computer vision and ML (machine learning) to recognize products without scanning the barcode, cutting the time it takes for the app to identify the product in question, the retailer explains. 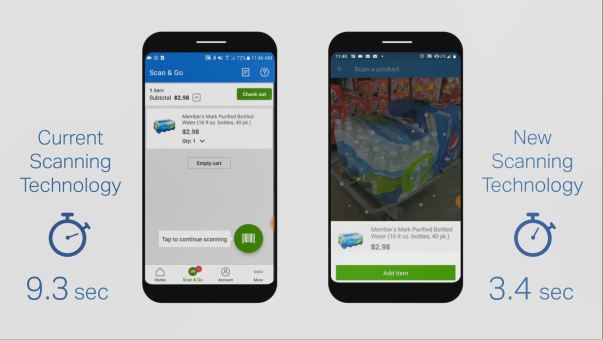 In a video demo, Sam’s Club showed how it might take a typical shopper 9.3 seconds to scan a pack of water using the old system, versus 3.4 seconds using the newer technology.

Of course, the times will vary based on the shopper’s skill, the item being scanned and how well the technology performs, among other factors. A large package of water is a more extreme example, but one that demonstrates well the potential of the system… if it works.

The idea with the newly opened Dallas test store is to put new technology into practice quickly in a real-world environment, to see what performs well and what doesn’t, while also gathering customer feedback. Dallas was chosen as the location for the store because of the tech talent and recruiting potential in the area, and because it’s a short trip from Walmart’s Bentonville, Arkansas headquarters, the company said earlier.

Sam’s Club says it has filed a patent related to the new scanning technology, and will begin testing it this spring at the Dallas area “Sam’s Club Now” store. It will later expand the technology to the tools used by employees, too.