Yesterday gave us a closer view of the Samsung Galaxy Fold. Of course, there were still a plate of glass, a security rope and a few feet between us and the device. Huawei, thankfully, was a bit more willing to grant us access to their own foldable, the Mate X, at a closed-door meeting earlier this morning.

There were still ground rules for the foldable. Namely, a Huawei rep was driving the whole thing. Limited interaction with the device itself was allowed, but he was doing most of the navigating and all of the folding. While the product is pretty close to final, there’s still some work to be done before bringing it to market, and in Huawei’s words, the company wanted to give us “the best possible experience.” 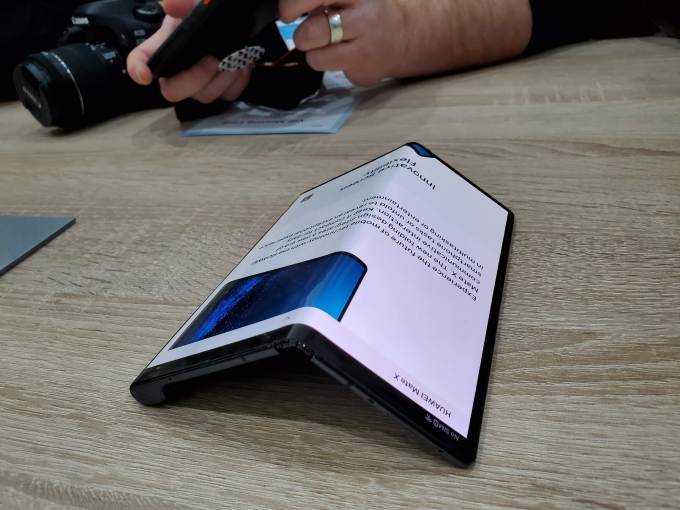 In this case, that mostly means knowing the limitations of what the near-final product can actually do. For now, that means web browsing, some photography and opening up Google Maps — which, to be fair, comprises a fairly large chunk of what people will actually be doing with the product.

That said, there’s a lot to account for with a new form factor. After all, phone makers have gotten really good at working with a defined two-dimensional plan a decade after the introduction of the first iPhone and Samsung Galaxy device. Folding, flipping and bouncing between screens presents all sorts of new challenges. 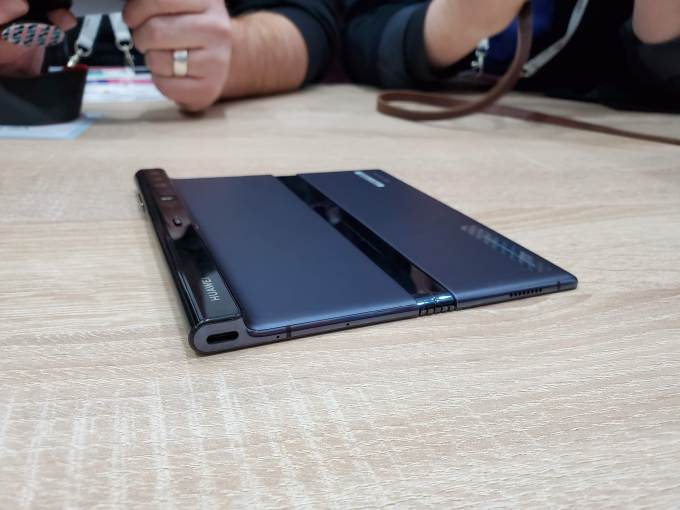 That said, in the demo at least, things seemed pretty smooth here. The device was pretty responsive in a less controlled environment than we’d previously seen it — or, for that matter, the Fold. There were a few moments and some blank screens for half a second or so, however, when the apps had to jump screens. All of which is to say the Mate X is real. I’ve seen it, and am so far pretty impressed with the execution.

The product design, too, is quite well thought-out. The product is surprisingly thin both folded and unfolded, and elements like the fold-over camera lip, which offers a place to grip (à la the lip on the rear of the Kindle Oasis) are nice touches. 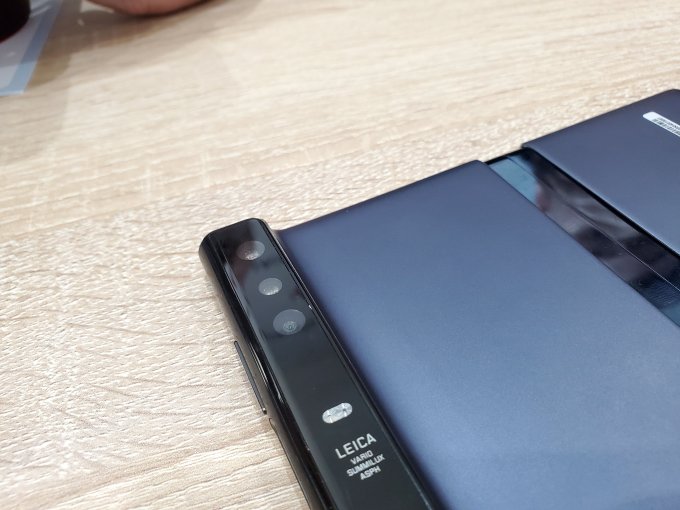 The screen, too, looks quite nice at first glance. That said, as with all of the foldables we’ve seen to date, capturing a glare from overhead light picks up crinkles on the display, along with a large seam in the middle, where the device folds over. You can’t feel them with your finger as you glide over to touch, but it’s easy to imagine how messy all of this could ultimately look after a few years of use.

The system also works when folded at a 90-degree angle, which could prove useful for future executions that Huawei is looking into. It’s clear that this is just the beginning of not only the form factor, but practical applications. It’s going to be fun watching developers figure out all of the stuff they can do with the product. 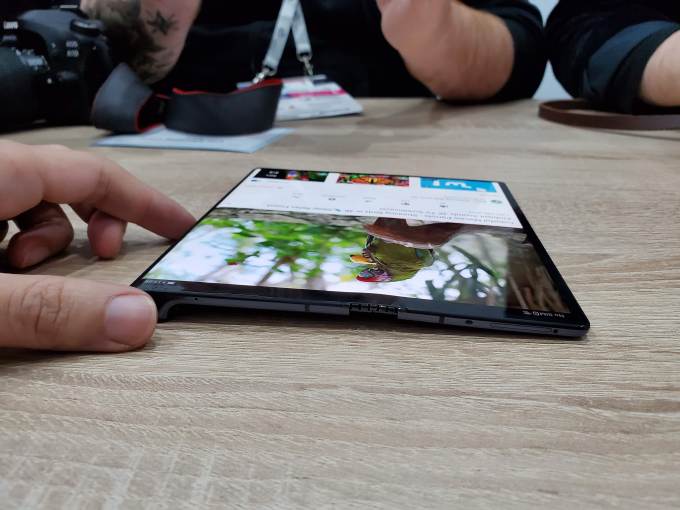 That “still early days” approach also applies to price point. Huawei acknowledges that the device is prohibitively expensive at ~ €2,200. That price includes the design to add 5G to the product — notably, there is no non-5G version planned, unlike the Galaxy Fold. That will no doubt make the Mate X even more of a niche product, until the next-gen cellular service rolls out for more users.

In a way, the Mate X is a proof of concept — albeit proof that the thing can be relatively mass-produced. At double the cost of a high-end flagship, I don’t expect the company plans to sell a lot of these, but the more it’s able to scale, the lower the price will ultimately be.