The business has confidentially submitted paperwork to the Securities and Exchange Commission for an initial public offering slated for later this year, according to a report from The Wall Street Journal.

Earlier reports indicated the company was planning to debut on the stock market in April. In late January, Pinterest took its first official step toward a 2019 IPO, hiring Goldman Sachs and JPMorgan Chase as lead underwriters for its offering.

This is a direct response to a group of outspoken Google employees protesting the company’s arbitration practices. Forced arbitration ensures that workplace disputes are settled behind closed doors and without any right to an appeal, effectively preventing employees from suing companies.

3. Facebook will shut down its spyware VPN app Onavo

Facebook will end its unpaid market research programs and proactively take its Onavo VPN app off the Google Play store in the wake of backlash following TechCrunch’s investigation about Onavo code being used in a Facebook Research app that sucked up data about teens. 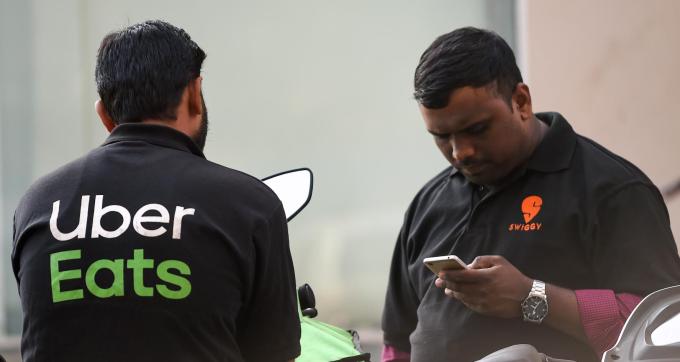 In this photo taken on February 6, 2019, Indian delivery men working with the food delivery apps Uber Eats and Swiggy wait to pick up an order outside a restaurant in Mumbai.

India’s Economic Times is reporting that Uber is in the final stages of a deal that would see Swiggy eat up Uber Eats in India in exchange for giving the U.S. ride-hailing firm a 10 percent share of its business.

Initially available exclusively to Pixel and Android One device owners, Digital Wellbeing’s feature set is now rolling out to Nokia 6 and Nokia 8 devices with Android Pie, as well as on the new Samsung Galaxy S10.

The new rainbow card will be offered until supplies last, Venmo says. And existing card holders can request this card as a replacement for their current card, if they choose.