Delivery company DoorDash is announcing that it has raised $400 million in Series F financing.

Earlier this month, The Wall Street Journal reported that the company was looking to raise $500 million at a valuation of $6 billion or more. In fact, DoorDash now says the funding came at a $7.1 billion valuation.

DoorDash has been raising money at an impressive rate, with a $535 million round last March followed by a $250 million round (valuing the company at $4 billion) in August.

Co-founder and CEO Tony Xu told me the round is “a reflection of superior performance over the past year.” Apparently, the company is currently seeing 325 percent growth, year-over-year, and it points to recent data from Second Measure showing that the service has overtaken Uber Eats in U.S. market share for online food delivery — DoorDash now comes in second to Grubhub.

“I think the numbers speak for themselves,” Xu said. “If you just run the math on DoorDash’s course and speed, we’re on track to be number one.” 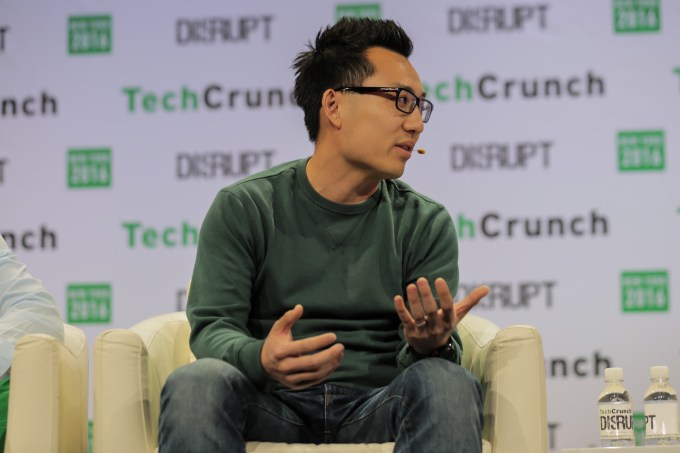 He attributed the company’s growth to three factors: its geographic reach (3,300 cities in the United States and Canada), its selection of partners (not just restaurants — Walmart is using DoorDash for grocery deliveries) and DoorDash Drive, which allows businesses to use the DoorDash network to make their own deliveries.

He added that DoorDash has been “growing in a disciplined way, turning markets towards profitability.”

The funding, Xu said, will allow the company to continue investing in Drive, in its DashPass subscription service (where you pay $9.99 per month for free deliveries on orders of $15 or more from select restaurants) and in more hiring. And while DoorDash is currently available in all 50 states, Xu said there’s still plenty of room to cover additional territory in the U.S. and especially Canada.

“To me, this round … really changes the position of the company, not only as we march towards market leadership, but as we go beyond restaurants and become the last mile for commerce,” he said.

Not all of DoorDash’s recent news has been good. Along with Instacart, the company has been under scrutiny for subsidizing its driver payments with customer tips.

When asked about the criticism, Xu said the current compensation system was tested “not in a quarter, not in a month, but tested for months” before being implemented in 2017, and since then, there’s been a “significant increase” in retention among “dashers,” along with improved dasher satisfaction and on-time deliveries.

“When it comes to this pay model that has been in the press, the most important thing, I would say, is looking again at the facts and results,” he said.