A company using advanced technologies to grow and harvest mealworms (larval beetles) at scale is on track to become one of the venture capital industry’s oddest billion-dollar investments.

Ÿnsect, (pronounced ‘insect”) is a Paris-based producer of insect protein that has just closed on $125 million as the company looks to expand into North America selling bug-based nutrients to fish farms, animal farms and the everyday harvesters of vegetables.

The company isn’t worth $1 billion… yet. But that’s clearly the goal as it bulks up for a global expansion effort.

According to the company’s chief executive Antoine Hubert, a former agronomist turned bug-farm maven, the company grew out of efforts to promote sustainability in the food system and companies across France.

“We thought we could make a bigger impact by developing not only education but production,” in the realm of novel proteins for agriculture, Hubert says.

Because agriculture is a leading producer of carbon dioxide and methane emissions that contribute to global warming, any steps that are taken to reduce those emissions by making supply chains and production more efficient would be good for the environment.

“The food system has an impact on greenhouse gas. We decided to develop a proper technology to produce large volumes of proteins at competitive prices,” Hubert says.

The company borrows automation and sensing technologies from areas as diverse as automotive manufacturing and data center heating ventilation and cooling and applies it to the cultivation of mealworms. The company actually has 25 patents on the technologies it has deployed and is on track to book more than $70 million in revenue this year.

Why mealworms, though? Because Hubert says they’re the highest-quality insect for pound-for-pound protein production. 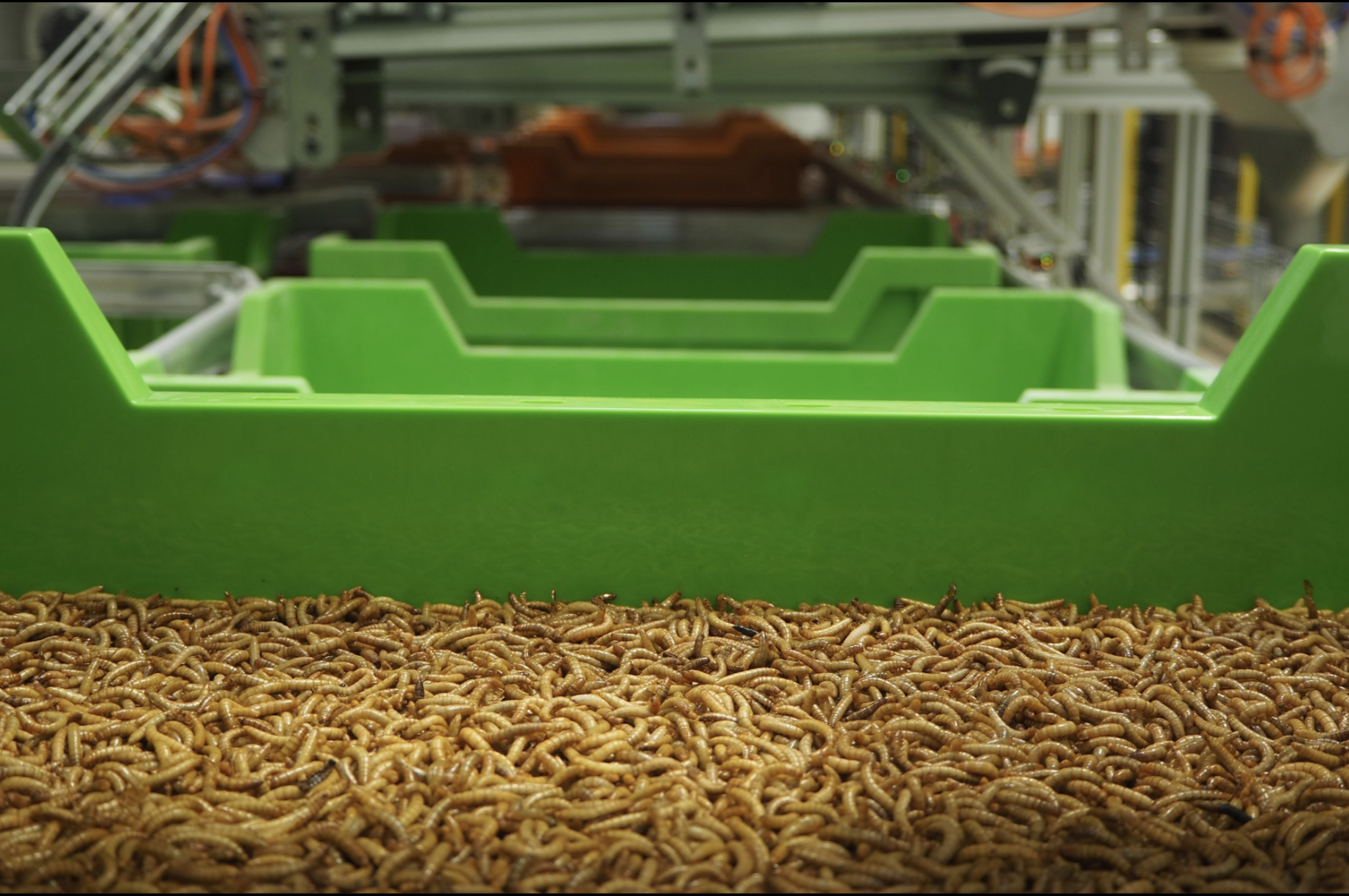 The company said that it raised this $125 million (€110 million) Series C round to scale up production. Ÿnsect intends to build the world’s biggest insect farm in Amiens Metropole, Northern France and will begin expanding its presence in the North American market.

The deal, led by Astanor Ventures with participation from Bpifrance, Talis Capital, Idinvest Partners, Finasucre and Compagnie du Bois Sauvage, is the largest agtech deal to date outside of North America, and should plant a flag for the role of insect cultivation in the animal feedstock and fertilizer market, which is a combined global market of $800 billion.

That’s good news for competitors like Protix, AgriProtein, EnviroFlight and Beta Hatch, which are all building insect kingdoms of their own with eyes on the same, massive, global market. In fact, before Ÿnsect’s big haul, Protix held the title of the venture-backed bug business with the most cash. The company raised $50 million in financing back in 2017 to expand its insect empire.

Ÿnsect’s bug protein has already found its way into pet and plant food, fish food for aquaculture and other applications, but as demand for sources of high-quality proteins continues to grow alongside a rising global population, the company sees one of its largest opportunities in fish and shellfish farming.

“By offering an insect protein alternative to traditional animal and fish-based feed sources, Ÿnsect can help offset the growing competition for ocean fish stock required to feed two billion more people by 2050, while alleviating fish, water and soil depletion, as well as agriculture’s staggering 25 percent share of global greenhouse gas emissions,” says Hubert. “Our goal is simply to give insects back their natural place in the food chain.”

It was this ability for Ÿnsect to slot itself into the global food chain that attracted Talis Capital as an investor, according to the firm’s co-founder Matus Maar.

“With the global population expected to grow to nine billion by 2050, current aquaculture and animal feeding practices are unsustainable.” Mar said in a statement. “Ÿnsect taps into a huge, yet highly inefficient global market by offering a premium and — above all — sustainable insect-derived product through a fully automated, AI-enabled production process.”