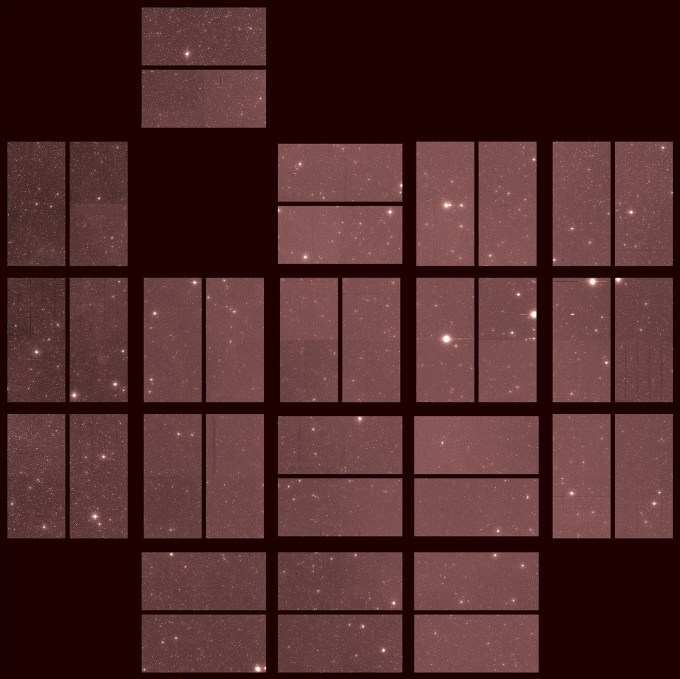 NASA has released the final view taken by Kepler in September, shortly before the space telescope was retired after nearly a decade of unprecedented discoveries about the universe beyond our solar system.

“It bookends the moment of intense excitement nine and a half years earlier when the spacecraft first opened its eye to the skies and captured its ’first light’ image,” wrote NASA Ames Research Center public affairs officer Alison Hawkes. “Kepler went on to discover more than 2,600 worlds beyond our solar system and statistically proved that our galaxy has even more planets than stars.”

The “last light” image was taken on September 25, about a month before Kepler retired. The space telescope was pointed in the direction of the Aquarius constellation and the image encompasses the TRAPPIST-1 system, containing “seven rocky planets, at least three of them believed to be temperate worlds,” Hawkes wrote, and the GJ 9827 system, a star with an orbiting super Earth exoplanet (or planet outside the Solar System) that is “considered an excellent opportunity for follow up observations with other telescopes to study an atmosphere of a faraway world.”

Kepler’s field of view also slightly overlapped with NASA’s TESS (Transiting Exoplanet Survey Satellite), its planet-hunting successor, so astronomers will be able to compare data from the two. TESS launched last year and is expected to catalog more than 1,500 exoplanets.

Kepler’s legacy is even more extraordinary because its primary mission was originally planned to last 3.5 years. Instead, the space craft, named for 17th-century German astronomer and mathematician Johannes Kepler, operated for nine years, thanks to a combination of its sturdy construction and fuel reserve. During that time, it discovered more than 4,500 confirmed planets and planet candidates, including 3,912 exoplanets.

Significantly, many of the planets Kepler discovered may be similar to Earth in size, with NASA analysis concluding that 20 to 50 percent of the stars in the sky are likely orbited by “small, possibly rocky planets that are in the habitable zone of their stars where liquid water could pool on the surface” and potentially host life.

Kepler also continued recording specific targets every 30 seconds, doing so for a few hour after the “last light” image was taken. “Although Kepler’s transmitters have been turned off and it is no longer collecting science, its data will be mined for many years to come,” Hawkes wrote.