Spotify is going after podcasts in a major way in 2019.

The music streaming service confirmed that it has snapped up two podcast networks — Gimlet and Anchor — in undisclosed deals. But that’s not all: Spotify also said it has plans to spend a further $400 to $500 million “on multiple acquisitions in 2019” to get even deeper into the space.

As meditation grows in popularity across the U.S. — the CDC says it tripled from 4.1 percent in 2012 to 14.2 percent in 2017 — Calm has capitalized on the craze by offering a suite of mindfulness and wellness tools, from guided meditation sessions to a product called “Sleep Stories,” via a subscription.

The suit alleges Instacart “intentionally and maliciously misappropriated gratuities in order to pay plaintiff’s wages even though Instacart maintained that 100 percent of customer tips went directly to shoppers. Based on this representation, Instacart knew customers would believe their tips were being given to shoppers in addition to wages, not to supplement wages entirely.” 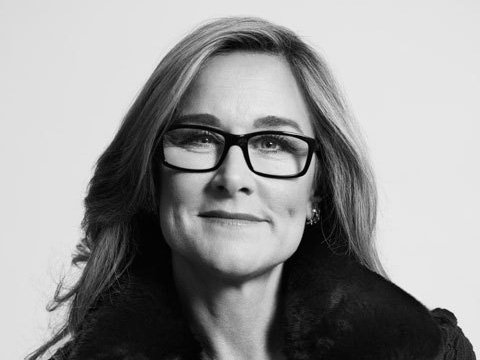 Ahrendts joining Apple in 2014 was massive news, with her having served as the CEO of the luxury fashion brand Burberry from 2006 to 2014. She led the charge to “reimagine” Apple’s retail stores, shifting them to what she hoped felt more like a “modern-day town square.”

The letter seems unlikely to satisfy creators who are still trying to recover revenue or gain a better understanding of how YouTube’s policies are enforced.

6. Reddit is raising a huge round near a $3 billion valuation

Reddit is raising $150 million to $300 million to keep the front page of the internet running, according to multiple sources. Leading the round is Chinese tech giant Tencent.

Snapchat isn’t growing again, but at least it didn’t hemorrhage any more users in its Q4 earnings report — the company stayed flat at 186 million daily users.