Owners of the upcoming Porsche Taycan will get three years of free charging at hundreds of Electrify America public stations that will blanket the U.S. in the coming months.

And in many cases, that will include access to DC fast chargers that will allow the Taycan, which is designed to have an 800 volt battery that can take a 350 kW charge, to get 60 miles of range in just four minutes. That charging speed blows away competitor Tesla, which has set up its own vast network of fast chargers called Superchargers.

Porsche and Electrify America, the entity set up by Volkswagen as part of its settlement with U.S. regulators over its diesel emissions cheating scandal, announced the agreement Monday.

The Porsche Taycan, which is coming later this year, is hotly anticipated, even without the free access to Electrify America’s network. But the agreement, along with an additional $70 million investment to add DC fast chargers to Porsche dealerships, shows the automaker wants to ensure this electric bet pays off.

Electrify America will have more than 300 highway stations in 42 states and another 184 sites in 17 metro areas. Each location will have an average of five charging dispensers, with some having as many as 10. In all, Electrify America says 484 locations will be installed or under construction by July 1.

The company is expected to build out a second phase beginning July 2019. 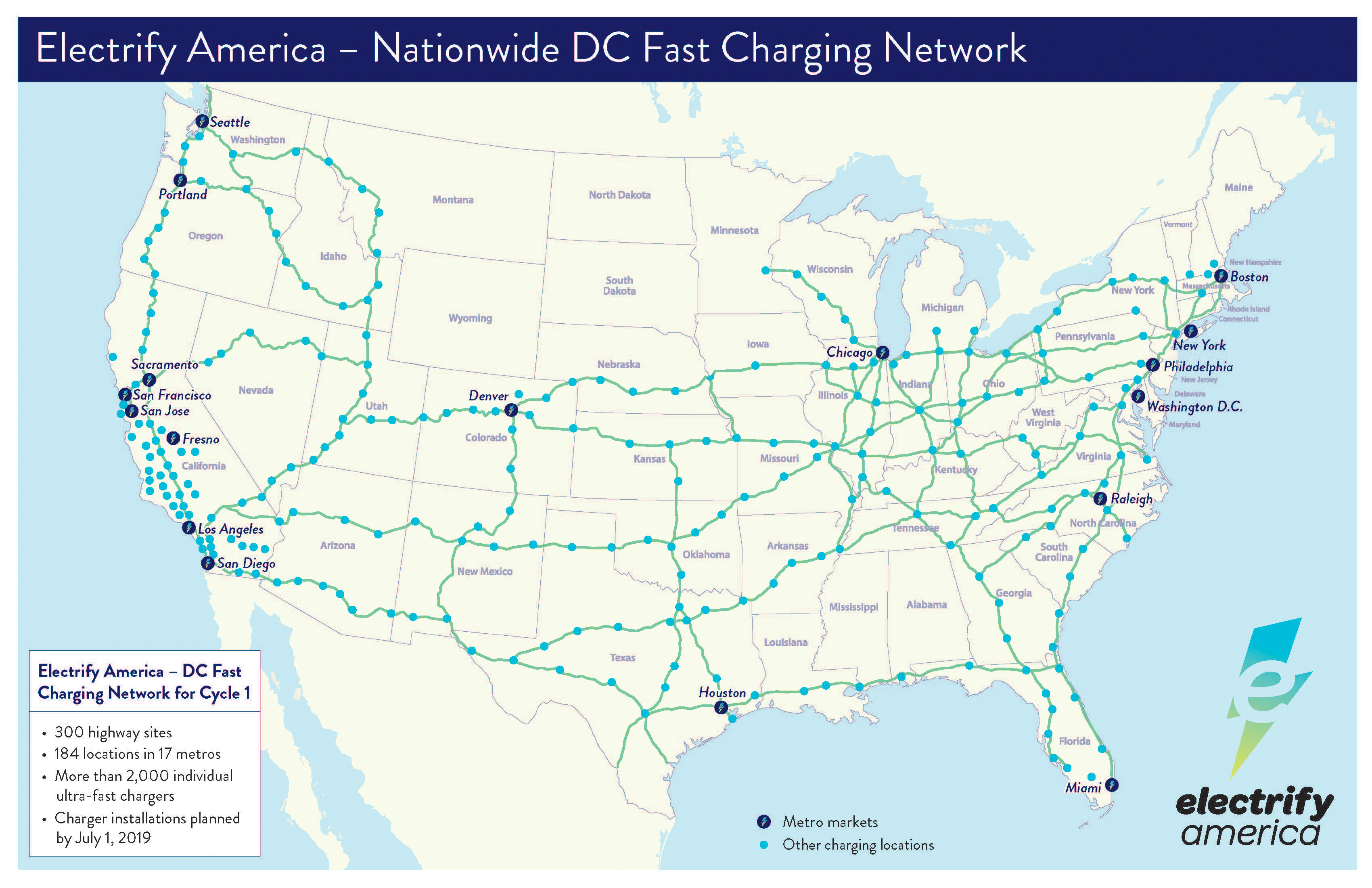 The highway stations will have a minimum of two 350 kW chargers per site, with additional chargers delivering up to 150 kW. Charging dispensers at metro locations will have 150 kilowatts of power.

In addition to this 484-station Electrify America network, all 191 Porsche dealerships will be installing their own DC fast-charging units. More than 120 of these dealerships will feature Porsche Turbo Charging, which is the automaker’s own DC system that delivers up to 320 kW and also uses the CCS plug. The remaining dealerships will install 50 kW fast chargers. 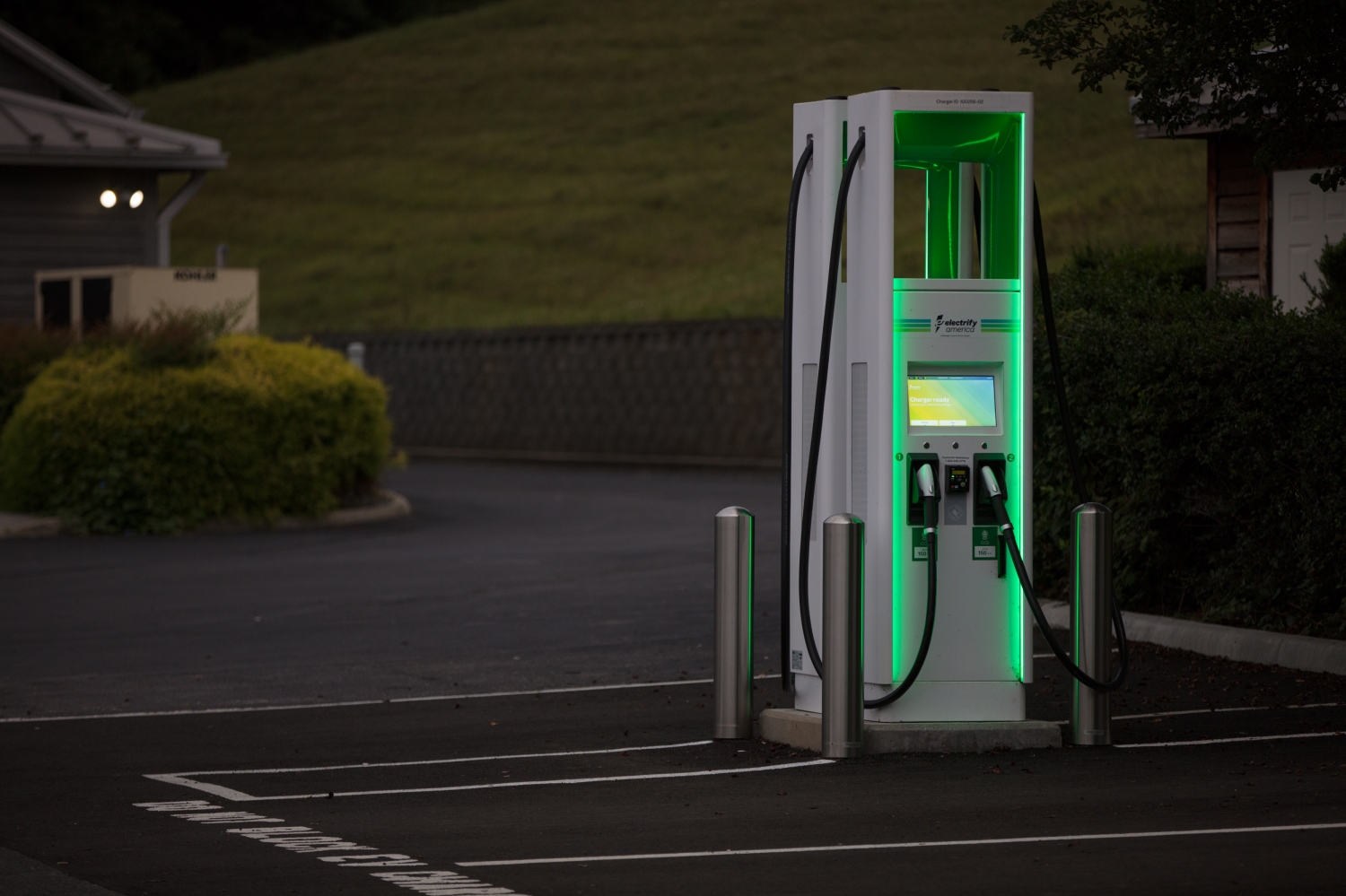 Electrify America has had an early hiccup with its growing charging network.

On Friday, supplier Huber + Suhner recommended its customers suspend the operation of all charging stations with its high-power charging system after a short-circuit was reported at a charging station on a test site in Germany. Electrify America has shuttered these chargers while the supplier completes tests of its liquid-cooled cables. Other EV charging companies, including Fastned and Ionity in Europe, have also shut down their chargers with Huber + Suhner’s high-power cables.

Electrify America’s engineers are working with the company closely so it can get all of its chargers back and available for users, the spokesman said.