Smartphone numbers are down. In 2018, global shipments dropped 3 percent, and while the long-promised arrival of 5G will help numbers get back into the black, IDC predicts that even then growth will be in the low-single digits.

With a few exceptions, handset makers are starting to feel the pain of stagnation, due to a confluence of different forces. There’s slowed economic growth in China and internationally, prolonged upgrade cycles and price hikes as tariffs are levied amid a looming trade war.

For many consumers, however, it comes down to one simple thing: most phones today are already quite good and manufacturers are offering fewer compelling reasons to upgrade every one to two years. Unlike many of the aforementioned external factors, this is something phone makers can actually do something about.

Of course, this could be the year that changes that. After years of minor upgrades, far-off concept designs and being backed into a corner by diminishing returns, handset makers are coming out swinging. Less than a month in, 2019 is already shaping up to be one of the most innovative years for smartphones in recent memory.

Samsung, Huawei, Xiaomi and Royole all have folding phones in the works, and Motorola may be joining their ranks with a new Razr. Google, meanwhile, has promised to support the new wave of foldables with updates to Android. 5G phones are set to start trickling in this year, as well.

This week we saw a pair of handsets from Meizu and Vivo that take advantage of a handful of trends (wireless charging, Bluetooth headphones, etc.) to offer handsets fully devoid of ports. And then there’s whatever this LG thing is. 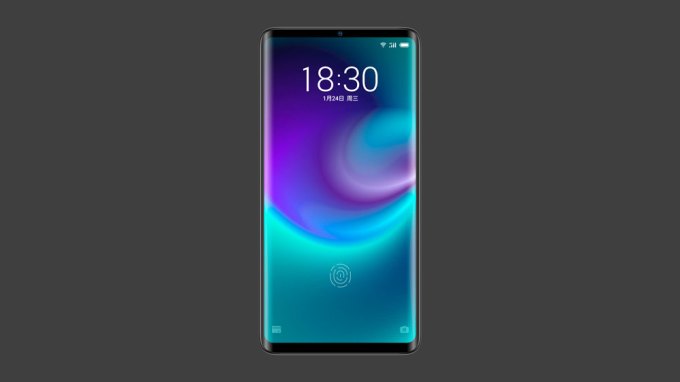 Not all are great or guaranteed hits, but with Mobile World Congress just over a month out, it already seems safe to declare that 2019 will be a good year for intriguing devices and concepts. Sales have been flagging, so companies are scrambling to stand out — heck, even HTC is going all-in on crypto with the Exodus One.

All of this should serve to make my job more interesting. But will far out concepts really drive growth? Foldables are already proving to be something of a mixed bag. Take Royole, which contorted its way into the spotlight by being the first company to make the long-promised folding screen a reality. The product ultimately left something to be desired. Early glimpses at devices like the dual-folding Xiaomi, however, have offered hope for the space’s potential.

5G, meanwhile, is going to have trouble living up to its own prolonged hype cycle. Those who pay attention to the industry have been hearing about its unlimited potential for years. The mainstream media has picked up on it in the intervening months, courtesy of CES and promises from handset makers and carriers alike.

But carriers have already done a lot to cloud the definition of 5G — take AT&T’s 5G Evolution. The carrier calls it its “first step on the road to 5G,” when really it’s more of a souped-up LTE. It has led to a whole lot of snipping between carriers, further muddying the waters for an already nebulous technology. There will be a number of 5G devices on the market before year’s end, but actually getting 5G coverage with your carrier in your city is another issue entirely.

Price will also be major a factor. Companies like OnePlus have shown just how good inexpensive handsets can be, all while prices have continued to rise on flagships. Models from Samsung and Apple now regularly start around $1,000, and the average price for a foldable looks like it will be more in the neighborhood of $1,500. At that price, it’s going to be difficult to attract anyone beyond early adopters with money to burn. Real mainstream adoption is going to require lower price points and a genuinely useful feature set that expands the products beyond sheer novelty.

The mobile industry is at a crossroads. It has hit maturation and, in some markets, saturation. 2019 will be a key year in determining the fate of the smartphone going forward, whether this space continues to have life in it, or if the stagnation will continue while we wait for the next big thing in consumer electronics.