Two years on from the U.S. presidential election, Facebook continues to have a major problem with Russian disinformation being megaphoned via its social tools.

In a blog post today the company reveals another tranche of Kremlin-linked fake activity — saying it’s removed a total of 471 Facebook pages and accounts, as well as 41 Instagram accounts, which were being used to spread propaganda in regions where Putin’s regime has sharp geopolitical interests.

In its latest reveal of “coordinated inauthentic behavior” — aka the euphemism Facebook uses for disinformation campaigns that rely on its tools to generate a veneer of authenticity and plausibility in order to pump out masses of sharable political propaganda — the company says it identified two operations, both originating in Russia, and both using similar tactics without any apparent direct links between the two networks.

One operation was targeting Ukraine specifically, while the other was active in a number of countries in the Baltics, Central Asia, the Caucasus, and Central and Eastern Europe.

“We’re taking down these Pages and accounts based on their behavior, not the content they post,” writes Facebook’s Nathaniel Gleicher, head of cybersecurity policy. “In these cases, the people behind this activity coordinated with one another and used fake accounts to misrepresent themselves, and that was the basis for our action.”

Discussing the Russian disinformation op targeting multiple countries, Gleicher says Facebook found what looked like innocuous or general interest pages to be linked to employees of Kremlin propaganda outlet Sputnik, with some of the pages encouraging protest movements and pushing other Putin lines.

“The Page administrators and account owners primarily represented themselves as independent news Pages or general interest Pages on topics like weather, travel, sports, economics, or politicians in Romania, Latvia, Estonia, Lithuania, Armenia, Azerbaijan, Georgia, Tajikistan, Uzbekistan, Kazakhstan, Moldova, Russia, and Kyrgyzstan,” he writes. “Despite their misrepresentations of their identities, we found that these Pages and accounts were linked to employees of Sputnik, a news agency based in Moscow, and that some of the Pages frequently posted about topics like anti-NATO sentiment, protest movements, and anti-corruption.”

Facebook has included some sample posts from the removed accounts in the blog which show a mixture of imagery being deployed — from a photo of a rock concert, to shots of historic buildings and a snowy scene, to obviously militaristic and political protest imagery. 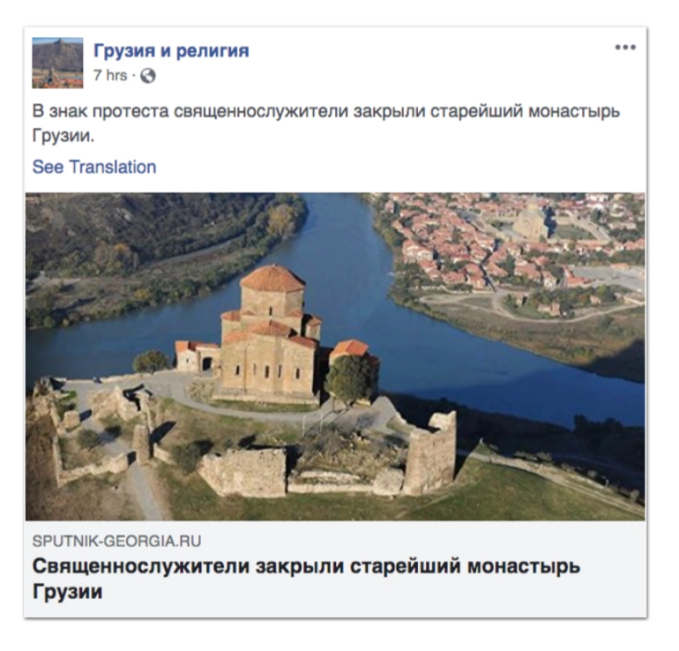 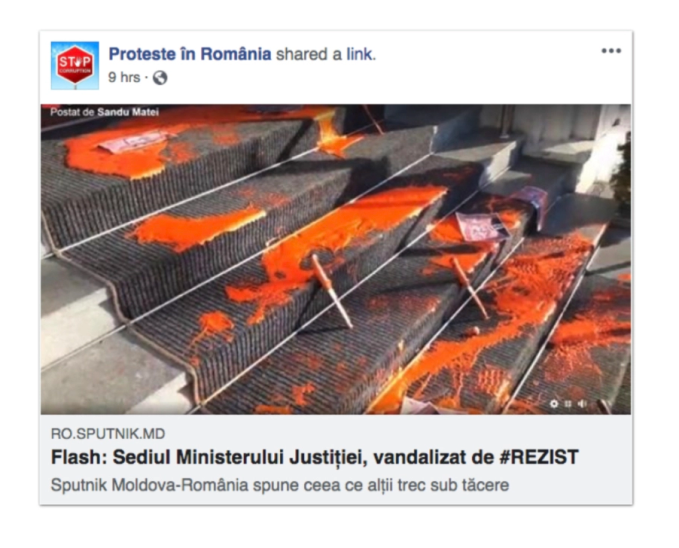 In all Facebook says it removed 289 Pages and 75 Facebook accounts associated with this Russian disop; adding that around 790,000 accounts followed one or more of the removed Pages.

It also reveals that it received around $135,000 for ads run by the Russian operators (specifying this was paid for in euros, rubles, and U.S. dollars).

“The first ad ran in October 2013, and the most recent ad ran in January 2019,” it notes, adding: “We have not completed a review of the organic content coming from these accounts.”

These Kremlin-linked Pages also hosted around 190 events — with the first scheduled for August 2015, according to Facebook, and the most recent scheduled for January 2019. “Up to 1,200 people expressed interest in at least one of these events. We cannot confirm whether any of these events actually occurred,” it further notes.

Facebook adds that open source reporting and work by partners which investigate disinformation helped identify the network. (For more on the open source investigation check out this blog post from DFRLab.)

It also says it has shared information about the investigation with U.S. law enforcement, the U.S. Congress, other technology companies, and policymakers in impacted countries.

In the case of the Ukraine-targeted Russian disop, Facebook says it removed a total of 107 Facebook Pages, Groups, and accounts, and 41 Instagram accounts, specifying that it was acting on an initial tip off from U.S. law enforcement.

In all it says around 180,000 Facebook accounts were following one or more of the removed pages. While the fake Instagram accounts were being followed by more than 55,000 accounts.

Again Facebook received money from the disinformation purveyors, saying it took in around $25,000 in ad spending on Facebook and Instagram in this case — all paid for in rubles this time — with the first ad running in January 2018, and the most recent in December 2018. (Again it says it has not completed a review of content the accounts were generating.)

“The individuals behind these accounts primarily represented themselves as Ukrainian, and they operated a variety of fake accounts while sharing local Ukrainian news stories on a variety of topics, such as weather, protests, NATO, and health conditions at schools,” writes Gleicher. “We identified some technical overlap with Russia-based activity we saw prior to the US midterm elections, including behavior that shared characteristics with previous Internet Research Agency (IRA) activity.”

In the Ukraine case it says it found no Events being hosted by the pages. 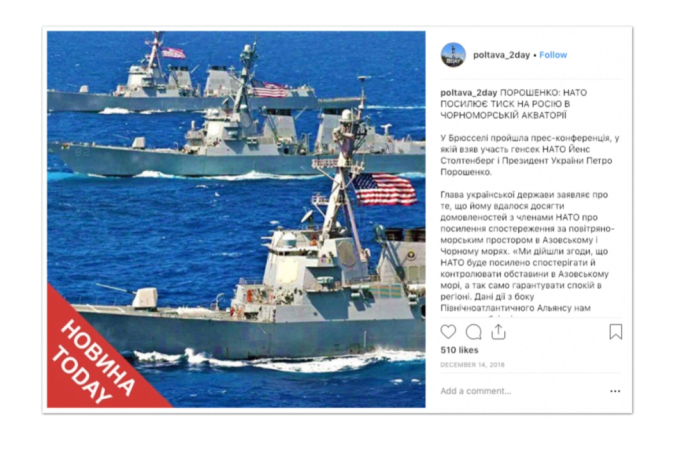 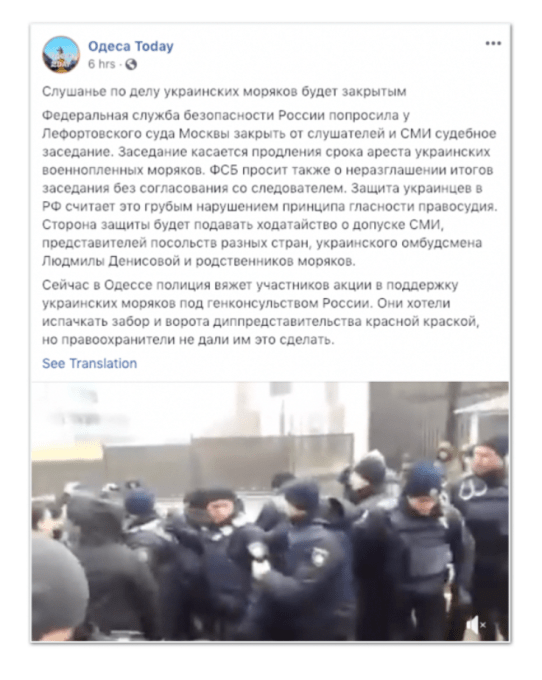 “Our security efforts are ongoing to help us stay a step ahead and uncover this kind of abuse, particularly in light of important political moments and elections in Europe this year,” adds Gleicher. “We are committed to making improvements and building stronger partnerships around the world to more effectively detect and stop this activity.”

A month ago Facebook also revealed it had removed another batch of politically motivated fake accounts. In that case the network behind the pages had been working to spread misinformation in Bangladesh 10 days before the country’s general elections.

This week it also emerged the company is extending some of its nascent election security measures by bringing in requirements for political advertisers to more international markets ahead of major elections in the coming months, such as checks that a political advertiser is located in the country.

However in other countries which also have big votes looming this year Facebook has yet to announced any measures to combat politically charged fakes.