At Amazon’s event in September, the company announced the Echo Auto, an aftermarket product designed to bring Alexa to cars. But the device has remained in pre-order status, even as other products also unveiled at the same event — like the Fire TV Recast, AmazonBasics microwave and various Echo devices for the home — went on sale and shipped to customers. The Echo Auto, meanwhile, is still only available on an invite-only basis. But Amazon confirmed to TechCrunch that it has begun to ship the device to pre-order customers.

In fact, some Echo Auto customers received their new device in time for Christmas, according to Steve Rabuchin, VP, Alexa.

Apparently, the Echo Auto was in demand, too.

“We had over a million [pre-order] requests,” Rabuchin told us. “Now, we’re just starting to ship.”

Amazon says the device began to ship to the first set of customers in December, and pre-orders continue to be fulfilled.

What Amazon didn’t explain is why the device has remained in pre-order status for so long, why it largely missed the holiday season with this ideal stocking stuffer-type of product or when it would finally exit “invite only” status for good. (That’s right — you still can’t just buy one!) 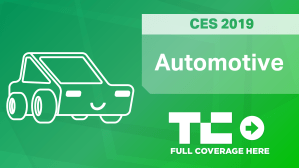 The Echo Auto isn’t the only Echo product that ran in short supply in recent days.

According to Bloomberg, Amazon’s online retail store in North America and Europe had some issues keeping some of its Echo devices in stock in time for Christmas delivery, too.

It’s not all bad news, however. Despite the shortages, the retailer reported a record-breaking holiday season, including “millions more Amazon devices” sold compared the 2017 holidays. Over the course of the year, Amazon says it sold “tens of millions” of Echo products, and it just announced a milestone of 100 million Alexa devices sold to date.