Look, I get it. Even when executed well, superhero origin stories on the big screen have become depressingly formulaic — and with the exception of “Wonder Woman,” the ones in the DC Extended Universe haven’t been executed well.

And although I was one of the few moviegoers who actually enjoyed last year’s “Justice League,” I’ll admit the Aquaman material didn’t inspire a lot of confidence in the character’s solo film. Jason Momoa’s charm couldn’t obscure the fact that he was largely reduced to grunting catchphrases like “My man!”, or that the one or two scenes delving into his backstory were easily the least comprehensible parts of an often incomprehensible film.

But now that “Aquaman” is about to open domestically (a couple weeks after kicking off a hugely successful run in China), I have to tell you: I loved it.

It certainly has its flaws, like a script full of clunky exposition, stretched out by fetch quests that were transparently designed to keep our heroes occupied until the grand finale. It’s also insanely overstuffed, trying to make room for a star-crossed romance, an Indiana Jones-style archaeological adventure, a fantasy epic with giant sea monsters and the standard reluctant hero beats, all in a runtime that’s a hair under two-and-a-half hours.

But that four-films-for-the-price-of-one quality is exactly why I liked it so much. “Aquaman” is a big, crazy movie, full of big, crazy moments. And while some of those moments are pretty dumb (this movie is absolutely unafraid of looking dumb), very little of it is boring. 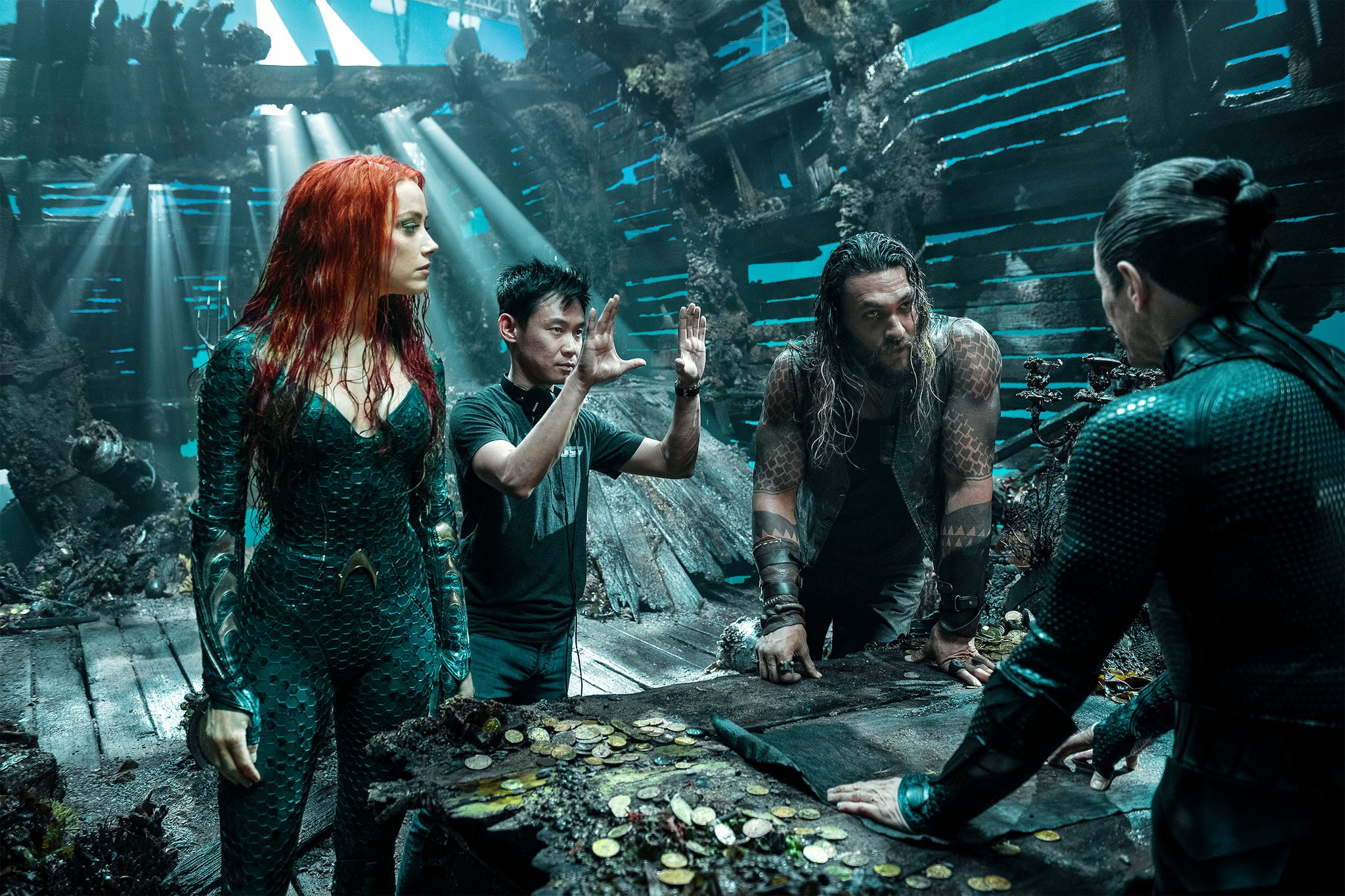 Take the opening, which doesn’t actually start with Aquaman. Instead, we see a lighthouse keeper (Temuera Morrison) stumbling across a mysterious, wounded woman from the sea (Nicole Kidman). The romance that ensues may be pretty standard fare, but Morrison and Kidman are talented enough to make it funny and — when circumstances inevitably pull them apart — a little sad.

Of course, the couple has a son, and that son grows up to be played by the hulking Momoa. The adult Arthur Curry can talk with fish and other sea animals, and he’s also got superhuman strength and toughness. Plus, he’s the firstborn heir to the throne of Atlantis — a fact that becomes more pressing with the arrival of Mera (Amber Heard), who’s hoping to enlist him in her plans to stop his brother Orm (Patrick Wilson) from declaring war on the surface world. Soon enough, Arthur and Mera are searching for a mythical trident while being hunted by Orm and the vengeful pirate Black Manta (Yahya Abdul-Mateen II).

Like I said, that search involves several more steps than necessary, but I really didn’t mind. Although Momoa’s version of Aquaman as a gruff, hard-drinking superhero bro can be grating (particularly in a solo movie, where he doesn’t have the counterbalance of a Wonder Woman or a Flash), I found myself warming to him as the story went on. And most of the action scenes are impressively staged, particularly a long, brutal fight between Aquaman, Mera and Black Manta in Sicily.

That scene aside, the movie is at its best when it stays underwater, where director James Wan and his design team have created a vivid fantasy world. It can take a few minutes to get used to the wavy hair and distorted speech (because they’re speaking underwater, see?), but once you do, you’ll enjoy the sight of royalty riding sharks and manta rays, and you’ll get to visit kingdoms where fish people and crab people rule. (My zoological knowledge may be failing me here, but I think the movie actually has two different kinds of crab people.)

Is it silly? Of course. But the instant I saw a manta ray shooting laser beams, I was on-board. And when Aquaman and Mera entered the sprawling, psychedelically colored city of Atlantis, my inner 13-year-old nearly fainted from excitement.

That was all before the final battle, which saw vast armies of underwater creatures charging at each other while colossal sea beasts erupted from the ground beneath their feet. It’s like a deranged cross between “Lord of the Rings” and “Pacific Rim,” and it is glorious.

If that’s what you’re looking for, “Aquaman” will not disappoint.